Marathón holds 50 domestic cup titles, and is one of the most popular clubs in Honduras.

Club Deportivo Marathón was founded on 25 November 1925 in San Pedro Sula by Eloy Montes and a group of his friends.[1] Ever since, Marathón has become one of the most prestigious clubs in Honduras, winning multiple titles. The Club Deportivo Marathon has its own sporting venue that has different fields for both first-division team to the bottom and even a tennis cement based foosball lit for night games. The venue has since improved through the years by the support of Friends of the Marathon Group (GAMA) and the different boards that have led to the computer.

The club would get his first title in their history in 1979. Under orders from Ángel Ramón Rodríguez, Marathon was looking for their first championship in Honduras for the 1979 tournament. With figures like Roberto "Robot" Bailey, Arturo "Pacharaca" Bonilla, Francisco Javier Toledo, Celso Güity, Efraín "Pucho" Osorio, Ramón "Albañil" Osorio, René "Maravilla" Suazo, Jorge Alberto "Cuca" Bueso, Félix Carranza, Jorge Phoyoú (Uruguayan), Alberto Merelles (Argentina), Juan Carlos Wéber (Argentine) and others, the club remained in first place in the regular rounds, having secured their classification to the final. 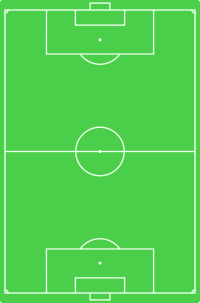 It took six years for Marathon to get a new title. This was achieved in 1983. At that time, Gonzalo Zelaya (who was champion with Sport Club and Social Vida two years earlier) of La Ceiba was the team coach. In the regular season, Marathon was second in their group behind Club Deportivo Olimpia on goal difference. In the final round, Marathon was the champion with 4 wins, 1 draw and only 1 loss to rivals: Life, Motagua and Olimpia. In the deciding match in San Pedro Sula, in the Estadio Francisco Morazán, Marathon faced the Life. With a goal by Roy Padilla Bardales, the emerald table won 1–0 and was crowned for the second time in its history.

Marathon had a drought of nearly 17 years without any National League title. However, at the beginning of the new century, the club began having a resurgence. This is due to that, in 2001, the Honduran coach Jose de la Paz Herrera(better known as Chelato Uclés) began a renovation project on campus. Forming a team without much fame, Mr. Uclés led the Marathon again at the top; turning it again into a big team. In his second tournament (Apertura 2001) Marathon, led by Chelato's team went to the final, losing against Motagua on penalties (5–3).However, the great work of Marathon was applauded and recognized by several journalists, hobbyists and technicians in the country its offensive and attractive football. For the Clausura 2002, Marathon finally got what they desired: a championship. Finishing third in the regular rounds with 29 points, Marathon faced in the semifinals to Platense of Puerto Cortés.. In the first leg, Marathon won in San Pedro Sula 2–1 with a brace from Enrique Centeno Reneau; Platense pulled by Clifford Laing. In the first leg, Marathon tied 0–0 at Puerto Cortés and qualified for the final. For this occasion, Marathon faced Olimpia in the final, who defeated Victoria hurriedly in the semifinals. In the first leg played in San Pedro Sula in the Estadio Olimpico Metropolitano, Marathon defeated Olimpia 4–1 with a penalty from Nigel Zuniga, and goals from Enrique Centeno Reneau and Óscar Vargas. The beating caused many to consider Marathon champions of Honduran football again. The then coach of Olimpia, Edwin Pavon, clarified that the end was virtually doomed. In the second leg at Estadio Tiburcio Carias Andino Tegucigalpa, Marathon had great support, almost seven thousand fans club traveled to the Honduran capital to support the team. Even had fans of teams like Motagua and Real Spain that joined the "green" invasion of the capital. Olimpia started winning 1–0 with annotation Gustavo Fuentes 7 minutes. It seemed that the capital team was going to go up. However, Marathon intelligently controlled the game. Finally, they ended up sinking the Olympia in their own field, to his own supporters who turned against their own team. With a smart, driven and practical football, Marathon were crowned champions of Honduras.

Just after 13 months, Marathon would again win another title. In the Clausura 2003, the "Greens" were directed by the Brazilian Flavio Ortega. Ortega replaced the ArgentineMiguel Angel Lemme, who left in the middle of the tournament. Flavio Ortega purslane lifted the team to finally put it in second place in the regular turns (only surpassed by Olimpia). In the semifinals, Marathon faced Real España . In the first leg both teams tied 1–1; Henry Jimenez pushed Real España 1–0, but Pompilio Cacho tied for the emeralds. In the return game, played at the Olympic Stadium in San Pedro, Real España came back to draw 1–1. Real España returned to win from a goal by Honduran George Fonseca . However, midfielder Narciso Fernández, tied the game for a Marathon Olympic goal. Marathon entered the final for better position in the regular season. Marathon faced Motagua in the final. The motagüenses eliminated Olimpia in the semifinals, giving them even more strength to meet the final. In the final round played at the National Stadium in Tegucigalpa, Marathon surprised to win 1–0 with a goal from Emil Martinez (who was later expelled). With this, the emeralds had a big advantage for the final round. In the return game, Marathon had a huge amount of fans at the Estadio Olímpico (the ticket office was registered in 35,000 fans, the second largest in the history of La Liga Nacional. Motagua would've won with goals from Luis "Tanque" Oseguera in the 39th minute. However, the forward Pompilio Cacho scored the equalizer of Marathon at the end of the first half. In the second half, Marathon were up 2 goals; both scored by Brazilian Denilson Costa. With this, Marathon were champions.

The team won its fifth title in Apertura 2004. The former club player Nicolás Suazo guided them to win the championship against Olimpia in Estadio Tiburcio Carías Andino. After winning the first game in San Pedro Sula, the verdolagas got the tournament after beating Olimpia in overtime thanks to two goals from Uruguayan Edgardo Simovic

On 22 December 2007, Marathón won its sixth title in the history of Honduran Liga Nacional. Under the guidance of the Uruguayan coach Manuel Keossian, the club beat Motagua in San Pedro Sula by 2–0 score after a 0–0 draw on the first leg in Tegucigalpa. Mitchel Brown (Honduran) and Erick Scott (Costa Rican) scored the winning goals for the club.

On 13 December 2008, Marathón won its seventh title in his history on Liga Nacional and the fifth one on the new century. With Manuel Keosseian again as the coach, the club beat Real España in Estadio Olímpico Metropolitano by 1–0 score in the first leg. In the second leg, both teams finished in a 1–1 draw on Estadio Francisco Morazán. Mario Berríos scored the tie gol.

Marathon Club is the only team in Honduras to have its own stadium. Estadio Yankel Rosenthal is a multi-purpose stadium located in Colonia La Sabana in San Pedro Sula, Honduras has a capacity of 15,000 fans. The project, which was scheduled to be completed in full for 2007, was postponed to 2009 due to financial problems.

In the near future, Marathón will be the only club in Honduras to own its stadium. All the other stadiums in the league are owned by the city governments.

El Clásico Nacional (The National Classic) is a Honduran national football derby played between Olimpia, since one team was from Tegucigalpa and Marathón, the other one from San Pedro Sula. When Olimpia won its first national title in September 1928. At that time, Olimpia representing the central zone, won at a final series of three matches to Marathón, champion of the north. Following this end, he created a huge rivalry between these two teams to which he called the National Classic.

El Clásico de las M's (The Classic of the M's) or El Derbi de las M's (The "M" Derby), is a derby football match played between Motagua from Tegucigalpa and Marathón from San Pedro Sula, two of the most successful and popular football teams in Honduras.

El Clásico Sampedrano (The Sampedran Derby) is a Honduran football match played at least 4 times a year in the Liga Nacional de Futbol de Honduras by two teams: Marathón and Real España. These two teams are from San Pedro Sula, hence the name.

In 2009, the Club Deportivo Marathon enconto according to the IFFHS (List of the top 350 clubs in the world) as the best and only club Honduras has positioned at 234 in the world with 82.0 points. (Updated to August 30, 2010) as the top club Deportivo La Coruna, Osasuna, Espanyol, River Plate, Racing, Boca Juniors, Club Atlético Peñarol, Cagliari, among others.

CSD Comunicaciones – 1:1, 4:0 (Marathón advanced 5:1 on aggregate but withdrew after series)

Since 1925, Marathón uses an specific logo for the institution.

The historic colors for the club are green and red, in some cases, white. More recently it has promoted black. The uniform of the team has been sponsored by Joma.