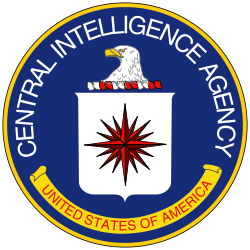 The involvement of the United States Central Intelligence Agency (CIA) in cocaine trafficking in Central America during the Reagan Administration as part of the Contra war in Nicaragua has been the subject of several official and journalistic investigations since the mid-1980s.

In 1986, the Reagan Administration acknowledged that funds from cocaine smuggling helped fund the Contra rebels, but stated that it was not authorized by the US government or resistance leaders. The Kerry Committee found that Contra drug links included payments to known drug traffickers by the U.S. State Department to carry out humanitarian assistance to the Contras. A CIA internal investigation found that agents had worked with drug traffickers to support the Contra program, but found no evidence of any conspiracy by CIA or its employees to bring drugs into the United States.

"Once you set up a covert operation to supply arms and money, it's very difficult to separate it from the kind of people who are involved in other forms of trade, and especially drugs. There is a limited number of planes, pilots and landing strips. By developing a system for supply of the Contras, the US built a road for drug supply into the US."

In 1985, another Contra leader "told U.S. authorities that his group was being paid $50,000 by Colombian traffickers for help with a 100-kilo cocaine shipment and that the money would go 'for the cause' of fighting the Nicaraguan government." A 1985 National Intelligence Estimate revealed cocaine trafficking links to a top commander working under Contra leader Edén Pastora.[2][3][4] Pastora had complained about such charges as early as March 1985, claiming that "two 'political figures' in Washington told him last week that State Department and CIA personnel were spreading the rumor that he is linked to drug trafficking in order to isolate his movement."[5]

On December 20, 1985, these and other charges were laid out in an Associated Press article after an extensive investigation which included interviews with "officials from the Drug Enforcement Administration (DEA), Customs Service, Federal Bureau of Investigation (FBI) and Costa Rica's Public Security Ministry, as well as rebels and Americans who work with them". Five American Contra supporters who worked with the rebels confirmed the charges, noting that "two Cuban-Americans used armed rebel troops to guard cocaine at clandestine airfields in northern Costa Rica. They identified the Cuban-Americans as members of Brigade 2506, an anti-Castro group that participated in the 1961 Bay of Pigs attack on Cuba. Several also said they supplied information about the smuggling to U.S. investigators." One of the Americans "said that in one ongoing operation, the cocaine is unloaded from planes at rebel airstrips and taken to an Atlantic coast port where it is concealed on shrimp boats that are later unloaded in the Miami area."[2]

On March 16, 1986, the San Francisco Examiner published a report on the "1983 seizure of 430 pounds of cocaine from a Colombian freighter" in San Francisco which indicated that a "cocaine ring in the San Francisco Bay area helped finance Nicaragua's Contra rebels." Carlos Cabezas, convicted of conspiracy to traffic cocaine, said that the profits from his crimes "belonged to ... the Contra revolution." He told the Examiner, "I just wanted to get the Communists out of my country." Julio Zavala, also convicted on trafficking charges, said "that he supplied $500,000 to two Costa Rican-based Contra groups and that the majority of it came from cocaine trafficking in the San Francisco Bay area, Miami and New Orleans."[6]

In April 1986, Associated Press reported on an FBI probe into Contra cocaine trafficking. According to the report, "Twelve American, Nicaraguan and Cuban-American rebel backers interviewed by The Associated Press said they had been questioned over the past several months [about contra cocaine trafficking] by the FBI. The interviews, some covering several days, were conducted in Florida, Alabama, Mississippi, Louisiana, Texas, Colorado and California, the Contra backers said." Several of the backers told AP of firsthand knowledge of cocaine trafficking.[7]

On April 17, 1986, the Reagan administration released a three-page report stating that there were some Contra-cocaine connections in 1984 and 1985, and that these connections occurred at a time when the rebels were "particularly hard pressed for financial support" because aid from the United States had been cut off.[8] The report stated: "We have evidence of a limited number of incidents in which known drug traffickers have tried to establish connections with Nicaraguan resistance groups" and that the drug activity took place "without the authorization of resistance leaders."[8]

In 1986, Senator John Kerry and Senator Christopher Dodd proposed a series of hearings at the Senate Foreign Relations Committee regarding charges of Contra involvement in drug trafficking; the hearings were conducted by Senator Richard G. Lugar of Indiana, the Republican Chairman of the Committee. The report of the Committee, released on April 13, 1989, found that "Contra drug links included ... payments to drug traffickers by the U.S. State Department of funds authorized by the Congress for humanitarian assistance to the Contras, in some cases after the traffickers had been indicted by federal law enforcement agencies on drug charges, in others while traffickers were under active investigation by these same agencies." The U.S. State Department paid over $806,000 to known drug traffickers to carry humanitarian assistance to the Contras.[9]

Former DEA agent Celerino Castillo III alleged that during the 1980s, Ilopango Airport in El Salvador was used by Contras for drug smuggling flights with the knowledge and complicity of the CIA. These allegations were part of an investigation by the United States Department of Justice Office of the Inspector General.[10] Castillo also testified before the House Permanent Select Committee on Intelligence. Between 1996 and 1998 the Central Intelligence Agency investigated and then published a report about its alleged involvement in cocaine sales in the US. This was prompted by the journalist Gary Webb's report[11] in the San Jose Mercury News alleging that the CIA was behind the 1980s crack epidemic. Gary Webb alleged through his Dark Alliance series that the government had been complicit in the trade of drugs in the inner city through the use of a kingpin named Freeway Ricky Ross. According to the Oakland Tribune, "In the course of his rise, prosecutors estimate that Ross exported several tons of cocaine to New York, Ohio, Pennsylvania and elsewhere, and made more than $600 million in the process."[12][13][14]

After the Gary Webb report in the Mercury News, the CIA Inspector General Frederick Hitz was assigned to investigate these allegations in 1996. The CIA director John Deutch pledged that Hitz would present his findings in three months. But for almost a year and a half, there was little news. Then on December 18, 1997, stories in the Washington Post and New York Times appeared, stating that Hitz had found "no direct or indirect" links between the CIA and cocaine traffickers, despite the reporters never seeing the report. This story of no links between the CIA and cocaine traffickers was quickly picked up by the networks.[15]

Six weeks later, the new CIA director, George Tenet declared that he was releasing the report. Tenet denied the Gary Webb allegations, which were reported nationally.[15]

Contents of the report

In the 623rd paragraph, the report described a cable from the CIA's Directorate of Operations dated October 22, 1982, describing a prospective meeting between Contra leaders in Costa Rica for "an exchange in [the United States] of narcotics for arms, which then are shipped to Nicaragua."[16][non-primary source needed] The two main Contra groups, US arms dealers, and a lieutenant of a drug ring which imported drugs from Latin America to the US west coast were set to attend the Costa Rica meeting. The lieutenant trafficker was also a Contra, and the CIA knew that there was an arms-for-drugs shuttle and did nothing to stop it.[15]

The report stated that the CIA had requested the Justice Department return $36,800 to a member of the Meneses drug ring, which had been seized by DEA agents in the Frogman raid in San Francisco. The CIA's Inspector General said the Agency wanted the money returned "to protect an operational equity, i.e., a Contra support group in which it [CIA] had an operational interest."[15]

Testimony of the CIA Inspector General

Six weeks after the declassified and heavily censored report was made public, Inspector General Hitz testified before a House congressional committee.[15] Hitz stated that:

Volume II ... will be devoted to a detailed treatment of what was known to CIA regarding dozens of people and a number of companies connected in some fashion to the Contra program or the Contra movement that were the subject of any sort of drug trafficking allegations. Each is closely examined in terms of their relationship with CIA, the drug trafficking activity that was alleged, the actions CIA took in response to the allegations, and the extent of information concerning the allegations that was Shared with U.S. law enforcement and Congress.

As I said earlier, we have found no evidence in the course of this lengthy investigation of any conspiracy by CIA or its employees to bring drugs into the United States. However, during the Contra era, CIA worked with a variety of people to support the Contra program. These included CIA assets, pilots who ferried supplies to the Contras, as well as Contra officials and others. Let me be frank about what we are finding. There are instances where CIA did not, in an expeditious or consistent fashion, cut off relationships with individuals supporting the Contra program who were alleged to have engaged in drug trafficking activity or take action to resolve the allegations.[17][18]

Hitz also said that under an agreement in 1982 between Ronald Reagan's Attorney General William French Smith and the CIA, agency officers were not required to report allegations of drug trafficking involving non-employees, defined as paid and non-paid "assets"—pilots who ferried supplies to the contras, as well as contra officials and others.[17][18]

This agreement, which had not previously been revealed, came at a time when there were allegations that the CIA was using drug dealers in its controversial covert operation to bring down the leftist Sandinista government in Nicaragua.[18] Only after Congressional funds were restored in 1986 was the agreement modified to require the CIA to stop paying agents whom it believed were involved in the drug trade.[15]