Calatabiano (Sicilian: Cattabbianu) is a comune (municipality) in the Province of Catania in the Italian region Sicily. As of 31 December 2010, it had a population of 5,437.

Calatabiano is located about 60 metres above the sea level. It is located about 42 kilometres northeast of Catania. about 58 kilometres southwest of Messina and about 175 kilometres east of Palermo. The municipality of Calatabiano contains the frazione (subdivision) Pasteria. The population is about 75% in the center of the town, and about 25% is located in Pasteria Lapide. Calatabiano borders the following municipalities: Castiglione di Sicilia, Fiumefreddo di Sicilia, Giardini-Naxos, Linguaglossa, Piedimonte Etneo, Taormina. The municipality of Calatabiano is a part of Parco fluviale dell'Alcantara (Alcantara River Park).

The history of Calatabiano is closely linked to its castle, located 160 meters above the sea level. Calatabiano Castle was founded by the Arabs, who moved from Calatabiano to conquer Taormina in 902. The Arab presence in Calatabiano is clearly visible from the name of the town, which is divided in “ قلعة, Kalaat” (castle) and “'to Bian”, likely name of the local lord.

After the death of Frederick II, the castle was given to Giovanni Moro by Conrad IV. In 1254, the Pope gives to Giovanni Moro some possessions, including Calatabiano Castle, in exchange of the castle, Giovanni had to guarantee military aid to defend the Kingdom of Sicily.

The best time in the Calatabiano history came under the guidance of Cruyllas. They enlarged the castle and built the church of Santissimo Crocifisso (the Holy Cross).

In 1544 the pirate Dragut, landed on the shore of San Marco beach, stormed and ransacked the village. In 1693 due to the earthquake felt in Sicily and Malta accompanied by the eruption of Mount Etna, the village and castle were abandoned. In 1813 the Sicilian parliament marked the end of feudalism in the island. In the same year Calatabiano was declared an autonomous municipality, the boundaries has been maintained until this day. 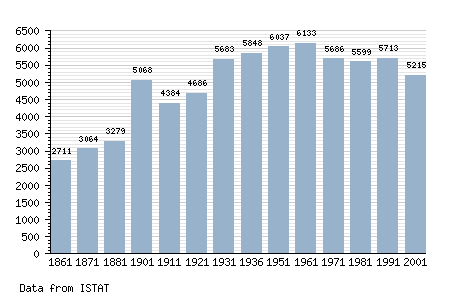