The California League is a "Class A Advanced" minor league baseball league which operates throughout the Pacific Ocean coast state of California. A few draftees, generally early-round draftees from colleges with college experience, will be assigned to a High-A team upon signing a professional contract, but generally players will not arrive at this level until their third or fourth year of professional play.

All of the current teams are playing in stadiums that have been built or extensively renovated since 1990. League attendance continues to increase each season, with over one million fans attending games per year, part of a general nationwide growth and expansion to smaller towns, cities and regions below those in the National League or American League with minor league baseball at various levels of play in growing popularity in the last few decades. The League is divided into a Northern Division and a Southern Division.

There were various attempts in the late 1800s and early 1900s to form a "California League" on the West Coast, considering the distance of the two current major leagues which generally had teams only in the Northeast and were restricted at first until World War I by long distance train travel. The first organized California League lasted from 1887-1889, then another followed in 1891, and 1893, and finally in 1899-1902. After the National Association of Professional Baseball Leagues, an organization of minor leagues was formed in 1902, (following the "truce" and agreements between the older National League of 1876 and the newly "upstart" American League of 1901), the California League operated outside the NAPBL system as an independent league in 1902 and again from 1907-1909. This led to huge differences in the quality of teams competing with each other. In 1907, the San Francisco team was 3-34, while later in 1908 San Francisco was 9-67 and Oakland was 4-71. Oakland and San Francisco competed in every year of these various state leagues, with San Francisco having two teams during 1887-88.

The current California League was founded in 1941, and included teams in Anaheim, Bakersfield, Fresno, Merced, Riverside, San Bernardino, Santa Barbara, and Stockton. The following year, as a result of World War II, the league dropped to four teams, then ceased and suspended operations altogether, although major league baseball and some minor leagues continued as much as possible with limited availability of players during the war years. It reorganized and came back in 1946, adding teams in Visalia, San Jose, and Ventura by 1947. Further east, Reno, Nevada joined the league in 1955 with the movement of the old Channel Cities Oilers in Santa Barbara and continued as a member for 37 years. 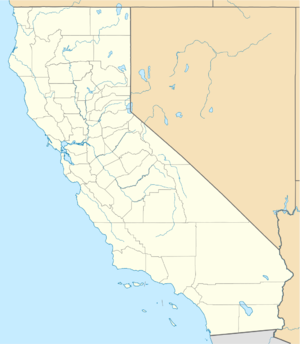 Quakes
Locations of teams in the California League

Cities that have had California League Teams (current in bold)

Modesto has hosted a California League team longer than any other city, hosting a team in all but two of the CL's 65 seasons.