He was awarded the 1989 Nobel Prize in Literature "for a rich and intensive prose, which with restrained compassion forms a challenging vision of man's vulnerability".[1]

Camilo José Cela was born in the rural parish of Iria Flavia, in Padrón, Province of A Coruña, Spain, on 11 May 1916. His father, Camilo Crisanto Cela y Fernández, was Galician and his mother, Camila Emanuela Trulock y Bertorini, while also Galician was of English and Italian ancestry.

From 1921 to 1925, he lived with his family in Vigo where they ended up leaving in order to go and live in Madrid. It was here Cela was able to study at a Piarist school. In 1931 he was diagnosed with tuberculosis and admitted to the sanatorium of Guadarrama where he took advantage of his free time to work on his novel, Pabellón de reposo. While recovering from the illness he began intensively reading works by José Ortega y Gasset and Antonio de Solís y Ribadeneyra.

The Spanish Civil War kicked off in 1936 when Cela was 20 years old and just recovering from his illness. His political leanings were conservative and he was able to escape to the rebel zone and enlisted himself as a soldier but was wounded and hospitalized in Logroño.

The civil war ended in 1939 and Cela demonstrated his indecisiveness towards his university studies and ended up working in a bureau of textile industries. It was here where he began to write what would become his first novel, La familia de Pascual Duarte (The Family of Pascual Duarte), which was finally published when he was 26, in 1942. Pascual Duarte has trouble finding validity in conventional morality and commits a number of crimes, including murders, for which he feels nothing. In this sense he is similar to Meursault in Albert Camus's novel The Stranger. This novel is also of particular importance as it played a large part in shaping the direction of the post-World War II Spanish novel. 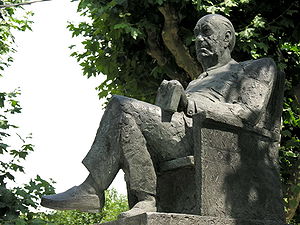 Cela's best known work came during a period where his work had been banned by Spanish censors. Such work includes La colmena (The Hive) which was published in 1950,[2] featuring more than 300 characters and a style showing the influence of both Spanish realism (best exemplified by Miguel de Cervantes and Benito Pérez Galdós) and contemporary English and French-language authors, such as Joyce, Dos Passos, and Sartre. Cela's typical style—a sarcastic, often grotesque, form of realism—is exemplified in La colmena.

From the late 1960s, with the publication of San Camilo 1936, Cela's work became increasingly experimental. In 1988, for example, he wrote Cristo versus Arizona (Christ versus Arizona), which tells the story of the duel in the OK Corral in a single sentence that is more than a hundred pages long. 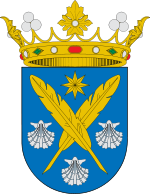 On 26 May 1957 Cela was appointed a member of the Royal Spanish Academy and given Seat Q. He was appointed Royal Senator in the Constituent Cortes, where he exerted some influence in the wording of the Spanish Constitution of 1978. In 1987, he was awarded the Prince of Asturias Award for Literature.

He was awarded the illustrious Nobel Prize in Literature in 1989 "for a rich and intensive prose, which with restrained compassion forms a challenging vision of man's vulnerability".[3]

In 1994, he was awarded the Premio Planeta,[4] although some question the objectivity of the awards, and winners on occasion have refused to accept it.[citation needed] Two years later, in recognition of his contributions to literature, Cela was ennobled on 17 May 1996 by King Juan Carlos I, who gave Cela the hereditary title of Marquis of Iria Flavia in the nobility of Spain. On his death the title passed to his son Camilo José Cela Conde.

In his later years he became known for his scandalous outbursts; In an interview with Mercedes Milá for Spanish state television he boasted of his ability to absorb litres of water via his anus while offering to demonstrate.[8] He had already scandalized Spanish society with his Diccionario secreto (Secret Dictionary, 1969–1971), a dictionary of slang and taboo words.

He described the Spanish Cervantes Prize as being "covered with shit"[9] and was later, ironically, awarded the prize in 1995.

In 1998, he expressed discomfort towards the presence of homosexual groups at the commemoration of Federico Garcia Lorca's centenary, stating that, "For me, I would prefer a more straight forward and less anecdotal commemoration without the support of gay groups. I have nothing against gays, I just do not take it up the ass".[10]

Cela died from heart disease on 17 January 2002 at the Hospital Cemtro in Madrid, aged 85. He was buried in his hometown at the parish cemetery of Santa María de Adina.[11]

His will was contested because he favoured his widow and second younger wife, Marina Castaño, over his son Camilo José Cela Conde from a previous marriage.[12]