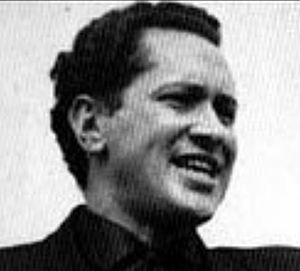 Priest Camilo Torres Restrepo (3 February 1929 in Bogotá, Colombia – 15 February 1966 in Santander) was a Colombian socialist, Roman Catholic Priest, a predecessor of liberation theology and a member of the National Liberation Army (ELN) guerrilla organisation. During his life, he tried to reconcile revolutionary Marxism and Catholicism. 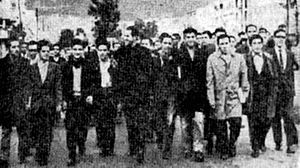 As part of the academic staff of the National University of Colombia, he was a co-founder of the Sociology Faculty together with Orlando Fals Borda in 1960. His involvement in several student and political movements during the time won him a large following as well as many detractors, especially from the Colombian government and the church itself. Due to the growing pressure to back down from his radical politics, Camilo Torres saw himself persecuted and went into hiding (leaving his job as an academic) by joining the guerrillas in Colombia. He served as a low-ranking member of the ELN to whom he also provided spiritual assistance and inspiration from a Marxist-Christian point of view. He was killed in his first combat experience, when the ELN ambushed a Colombian Military patrol.[1] After his death, Camilo Torres was made an official martyr of the ELN.

He is perhaps best known for the quote: "If Jesus were alive today, He would be a guerrillero."[2]

In the Dominican Republic in 1970 a revolutionary group that included catholic clergy members and university students was founded under the name CORECATO which stood for Comando Revolucionario Camilo Torres or Revolutionary Command Camilo Torres.

In New York City, San Romero of the Americas Church-UCC has founded the Camilo Torres Project in 2009. This project works for social justice and peace for the people of the Washington Heights community.

He was a life-long friend of fellow socialist Luis Villar Borda. 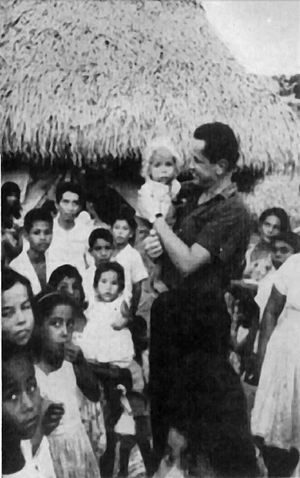