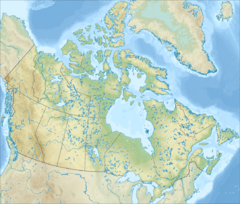 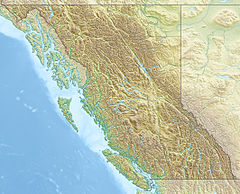 The Canadian Pacific Women's Open is a women's professional golf tournament managed by Golf Canada. It has been Canada's national championship tournament since its founding in 1973, and is an official event on the LPGA Tour.

Originally a three-round (54-hole) tournament for its first six years; it has been a four-round (72-hole) tournament since 1978. From 1979 until 2000, the event was one of the LPGA Tour's four major championships. In 2001, it was replaced in the LPGA's roster of majors by the Women's British Open, an existing event which was already a major on the Ladies European Tour.

In 2007 and 2008 it was the final "winner" event of the LPGA season—i.e., an event in which the winner earns an automatic berth in the LPGA season-ending championship, the LPGA Tour Championship. As of 2009, the LPGA no longer uses this system to determine players who qualify for the Tour Championship. From 2007 to 2009, the CWO was the third richest event on the LPGA Tour, behind only the U.S. Women's Open and the Evian Masters in France. The prize fund was reduced in 2010 and 2012, but the $2.25 million purse remains among the highest on the LPGA Tour.[1]

The tournament was first known as La Canadienne; it later became the Peter Jackson Classic (after a brand of Imperial Tobacco cigarettes); it was also called the du Maurier Classic (a reference to du Maurier cigarettes) until Canadian tobacco restrictions came into force.

From 1988 to 2000 both Classique du Maurier Ltée and du Maurier Ltd Classic were official because of Canada's Official Languages Act. In 1988, the tournament added the Ltd/Ltée designation because of the Tobacco Products Control Act. Under the rule, the full name of the manufacturer was required on promotional material as opposed to a tobacco brand name, so Imperial Tobacco registered their brands as separate corporate entities to avoid the ban.

In 2001, the Bank of Montréal took over sponsorship of the event for five years and renamed it the BMO Canadian Women's Open, or Omnium canadien féminin BMO.

In 2006, the Canadian National Railway Company (CN) became the new title sponsor of the event and the championship was called the CN Canadian Women's Open, or Omnium canadien féminin CN.

Winners before the event became a major in 1979

This table lists the golfers who have won more than one du Maurier as a major championship.

This table lists the golfers who have won more than one Canadian Women's Opens overall.

(a) - denotes won tournaments as an amateur.

This table lists the total number of titles won by golfers of each nationality.

1 - 1995 du Maurier winner Jenny Lidback had dual citizenship (Peru and Sweden) at the time of her win.