Cannon County was established by the Tennessee state legislature on January 31, 1836. It was formed from portions of Rutherford, Smith, and Warren Counties and was named for Governor Newton Cannon. 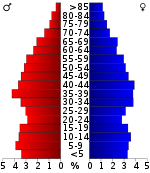 The policy making and legislative authority in Cannon County is vested in the Board of County Commissioners. Commissioners are elected to four-year terms by a simple majority of the residents in their district. Each district has two commissioners and all 10 seats are up for election at the same time. Commissioners set personnel policies for the county, appropriate funds for County departments and set the property tax rate. The county mayor, typically, serves as chair of the County Commission and breaks a tie if one occurs during voting. Members typically meet in January, April, July and October with special call meetings taking place when necessary.

Board of County Commissioners (2014–2018) Each district is represented by two commissioners.