From Infogalactic: the planetary knowledge core
Jump to: navigation, search
Not to be confused with Caernarfonshire.

Carmarthenshire (Welsh: Sir Gaerfyrddin or Sir Gâr) is a unitary authority in the south west of Wales and the largest of the thirteen historic counties. The three largest towns are Llanelli, Carmarthen and Ammanford. Carmarthen is the county town and administrative centre of Carmarthenshire. The most populous settlement is the area in and around the town of Llanelli.

With its fertile land and agricultural produce, Carmarthenshire is known as the "Garden of Wales".[2]

Carmarthenshire has its early roots in the region formerly known as Ystrad Tywi (Vale of [the river] Tywi) and part of the Principality of Deheubarth during the High Middle Ages, with the court at Dinefwr.

Following the Edwardian Conquest of Wales, the region was reorganized by the Statute of Rhuddlan in 1284 into Carmarthenshire.

Carmarthenshire has been spelt in other ways in the past, including: 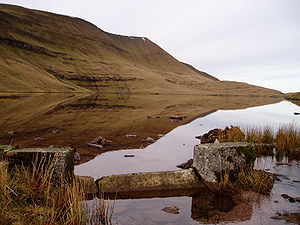 The county is bounded to the north by Ceredigion, to the east by Powys, Neath Port Talbot and Swansea, to the south by the Atlantic Ocean and to the west by Pembrokeshire. The surface generally is upland and mountainous. Fforest Fawr and Black Mountain extend into the east of the county and the Cambrian Mountains into the north. The south coast contains many fishing villages and sandy beaches. The highest point is Fan Brycheiniog, 2,631 feet (802 m). (although the main summit is in Powys). Carmarthenshire is the largest historic county by area in Wales.

It is drained by several important rivers, especially the Towy, which flows into the Bristol Channel, and its several tributaries, such as the River Cothi. The Towy is the longest river flowing entirely within Wales and is noted for its trout and salmon fishing. Other rivers include the Loughor (which forms the eastern boundary with Glamorgan), and the Gwendraeth Fawr.

Principal towns are Ammanford, Burry Port, Carmarthen, Kidwelly, Llanelli, Llandeilo, Newcastle Emlyn, Llandovery, St. Clears, Whitland and Pendine. The principal industries are agriculture, forestry, fishing and tourism. Although Llanelli is by far the larger town in the county, the county town remains in Carmarthen, mainly due to its central location.

Demography and the Welsh language

In terms of language however, the county has undergone language shift in more decades from Welsh to English, Carmarthenshire having been the most populous of the five historic counties of Wales to remain majority Welsh speaking throughout the Twentieth Century. According to the 1911 Census, 84.9% of the county's population were Welsh speaking with 20.5% of the overall population being monoglot Welsh Speakers. Meanwhile, only 43.5% of the population of Wales as a whole could speak Welsh[4] In 1931, 82.3% could speak Welsh and in 1951, 75.2%.[5] By the 2001 census, only 50.3% of people living in Carmarthenshire could speak Welsh, with 39% being able to read and write the language as well.[6] The 2011 census showed only further decline, with only 43.9% speaking Welsh, making it a minority language in the county for the first time.[7] 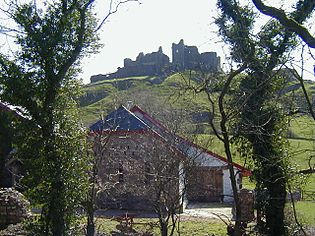 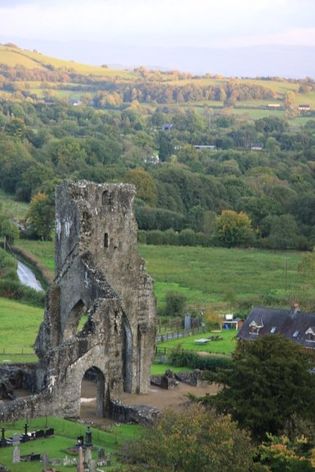