Carmona is a town of south-western Spain, in the province of Seville; it lies 33 km north-east of Seville.

Carmona is built on a ridge overlooking the central plain of Andalusia; to the north is the Sierra Morena, with the peak of San Cristobal to the south. The city is known for its thriving trade in wine, olive oil, grain and cattle, and holds an annual fair in April.

Carmona, known as Carmo in the time of Julius Caesar (100–44 BC), was a Roman stronghold of Hispania Baetica. The city was made even more impregnable during the long occupation of the Moors, who erected walls around it, and built fountains and palaces within. In 1247, Ferdinand III of Castile captured the town, and bestowed on it the Latin motto Sicut Lucifer lucet in Aurora, sic in Wandalia Carmona ("As the Morning-star shines in the Dawn, so shines Carmona in Andalusia").

Carmona has a Mediterranean climate with a sunny spring and typically some rain in that season. In October, the average temperature ranges from a minimum of 13 °C to a maximum of 26 °C. The city experiences a moderate level of annual precipitation and has pleasant winter temperatures. 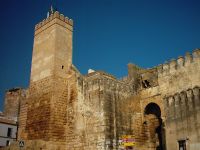 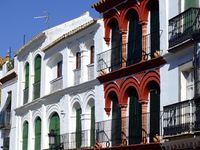 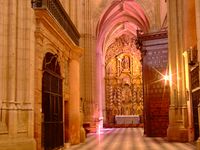 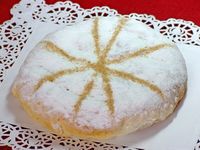 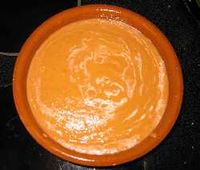 Carmona's restaurants and bars demonstrate a variety of Spanish cuisine including tapas and other dishes. The city is known for its traditional Andalusian cooking. A pub crawl of various bars, called the Ruta de las tapas (Tapas Route) is noteworthy; it is marked with blue and white signs, and even appears in the seal of the city.

Sweets include: English cake, hojaldres (puff pastry), rice with milk, torrija (French toast), polvorónes (shortbread), almond cakes, chestnut stew with cinnamon, porridge sprinkled with cinnamon, and cortadillos (sweet cakes). A variety of desserts are made in the convents of the city, mainly by the nuns of Santa Clara.

A common alcoholic beverage is Anise Los Hermanos, which is distilled and packaged in Carmona; it comes in three degrees of dryness: crisp, sweet and semi.

With its rich historical and artistic patrimony lending the city an especially atmospheric appearance, Carmona has been the setting of numerous films,and continues to attract movie crews. The Location Managers Guild of America, an association that coordinates shoot locations for movie and television production companies from the United States, has shown special interest in the city centre.