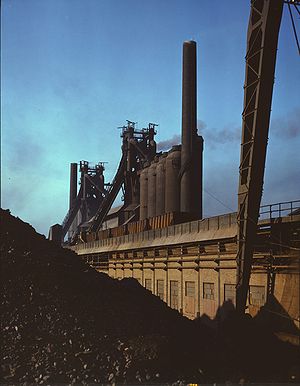 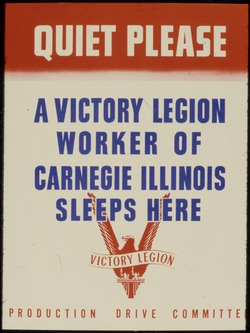 Carnegie Steel Company was a steel producing company created by Andrew Carnegie to manage business at his steel mills in the Pittsburgh, Pennsylvania area in the late 19th century.

Carnegie constructed his first steel mill in the mid-1870s: the profitable Edgar Thomson Steel Works in Braddock, Pennsylvania. The profits made by the Edgar Thomson Steel Works were sufficiently great to permit Mr. Carnegie and a number of his associates to purchase other nearby steel mills. In 1892, Carnegie Steel Company was formed. Its headquarters were located in the Carnegie Building, an early skyscraper in Downtown Pittsburgh.[1] Built to show its use of steel in its construction, the building was fifteen stories high, and was left uncovered for a full year. The Carnegie Building was demolished in 1952. It was later rebuilt as a memorial in 2012.

Carnegie made major technological innovations in the 1880s, especially the installation of the open hearth furnace system at Homestead in 1886. It now became possible to make steel suitable for structural beams and for armor plate for the US Navy, which paid far higher prices for the premium product. In addition the plant moved increasingly toward the continuous system of production. Carnegie installed vastly improved systems of material-handling, like overhead cranes, hoists, charging machines, and buggies. All of this greatly sped the process of steelmaking, and allowed the production of far vaster quantities of the product. As the mills expanded the labor force grew rapidly, especially less skilled workers. The more skilled union members reacted with the unsuccessful 1892 Homestead Strike.

The presence of the Allegheny, Monongahela, and Ohio rivers provided a way to transport the heavy materials associated with the steel-making industry. Each plant was located close to or alongside a river.

The seed of the company which became its strongest competitor was sown in 1853. Jones, Lauth and Company established puddling furnaces and rolling mills along the Monongahela at a location a couple of miles (roughly four kilometers) away from Pittsburgh. Bernard Lauth invented and patented cold rolling of iron in 1859. In the same year, James H. Laughlin constructed Laughlin and Company directly across the river from the Jones, Lauth and Company. Over time, the two enterprises became united under the name J&L Steel and installed their first two Bessemer converters for the production of steel in 1886.

J&L Steel became the most important competitor to the Carnegie Steel Company and U. S. Steel in the vicinity of Pittsburgh. In 1905 it began the construction of a new steel mill along the Ohio River twenty miles (32 km) downriver from Pittsburgh at Aliquippa. In 1908, it constructed a new 12-story office building in Pittsburgh.

Changes in the way in which steel is produced had already appeared before the Carnegie Steel Company was sold for $480 million US dollars in 1901 ($13.7 billion today). Steel manufacturers had begun to abandon the Bessemer converters and install open-hearth furnaces. Open-hearth furnaces were widely employed until the 1980s when the basic oxygen steelmaking, electric arc furnace and continuous casting made them obsolete. Currently, employment is extraordinarily low at the remaining plants which have been a part of the Carnegie Steel Company since 1900, though in Braddock the Edgar Thomson Steel Works is still active, producing steel slabs that are shipped up river to the Irvin Works in West Mifflin to be finished coils.