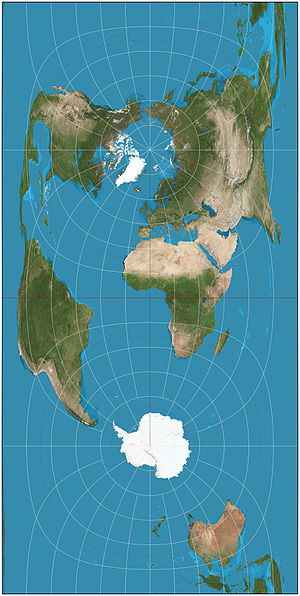 where λ is the longitude from the central meridian and φ is the latitude. When programming these equations, the inverse tangent function used is actually the atan2 function, with the first argument sin(φ) and the second cos(φ)cos(λ).

In practice, the projection has always been applied to models of the earth as an ellipsoid, which greatly complicates the mathematical development but is suitable for surveying. Nevertheless the use of the Cassini projection has largely been superseded by the Transverse Mercator projection, at least with central mapping agencies.

Due to this, the Cassini projection works best on long, narrow areas, and worst on wide areas.