From Infogalactic: the planetary knowledge core
Jump to: navigation, search
For the village located within this town, see Catskill (village), New York. For other uses, see Catskill (disambiguation).

Catskill is a town in the southeast part of Greene County, New York, United States. The population was 11,775 at the 2010 census.[1] The western part of the town is in the Catskill Park. The town contains a village, also called Catskill. The village of Catskill has a well-defined Main Street that has adjusted to the recent construction of a WalMart, Lowe's and Home Depot. There is a public boat launch on the Hudson River called Dutchman's Landing. 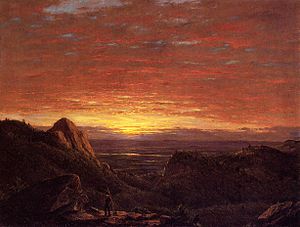 The area of the town was purchased from the natives for some trinkets in 1678 and settlement followed. The town was established in 1788 while still part of Albany County. The town was increased by an addition from the town of Woodstock in 1800, but was later decreased upon the formation of the towns of Cairo (1803) and Athens (1815).

On July 23, 2003, an F2 tornado ripped across the town. The worst of the damage occurred at the Kiskatom flats. The tornado crossed over New York Route 32 and went past Brookside Campground, causing two mobile homes to flip over at the Brookside Campgrounds, located at 4952 route 32, Catskill NY 12414. The Campground sustained much damage and was sold in 2005. The new owners have since updated and repaired all damage. From the road on 32, one can still see the damage caused by the tornado in the Large Maple tree located on the Pop up field.

There were 4,780 households out of which 28.4% had children under the age of 18 living with them, 45.5% were married couples living together, 13.3% had a female householder with no husband present, and 36.5% were non-families. 29.7% of all households were made up of individuals and 12.1% had someone living alone who was 65 years of age or older. The average household size was 2.38 and the average family size was 2.94.

Communities and locations in the town