Caucasian Neopaganism is a category including movements of modern revival of the autochthonous religions of the indigenous peoples of the Caucasus. It has been observed by scholar Victor Schnirelmann especially among the Abkhaz[1] and the Circassians.

The Abkhaz native religion, or Abkhaz Neopaganism, is the contemporary Neopagan re-emergence of the ethnic religion of the Abkhaz people in Abkhazia, a revitalisation which started in the 1980s.[1] The most important holy sites of the religion are the Seven Shrines of Abkhazia, each one having its own priestly clan, where rituals and prayers began to be solemnly restored from the 1990s onward.

According to the 2003 census, 8% of the population of Abkhazia adheres to Abkhaz Paganism.[2] On the 3rd of August 2012 the Council of Priests of Abkhazia was formally constituted in Sukhumi.[3] The possibility to make the Abkhaz native religion one of the state religions was discussed in the following months.[4] 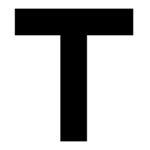 Adyghe Habze, also Circassian Habze or "Habza" (Adyghe: Адыгэ Хабзэ; derived from хы khy, meaning "order", plus бзэ bze, meaning "speech"), also spelled "Khabze" or "Khabza", also called Habzism,[6] defines[7] the Pagan ethnic religion, philosophy and worldview of the Adyghe or Circassians, an ethnic group of North Caucasian stock inhabiting areas of Caucasia: the republic of Adygea, and the bordering republics of Karachay-Cherkessia and Kabardino-Balkaria (the Kabard subgroup), all three within the domains of Russia. The Adyghe native religion was influenced by Hellenic religion and philosophy at the time of Greek colonisation in the Caucasus.

The belief system takes its name from the homonymous Circassian epic Adyghe Habze, originally orally transmitted, which has heavily contributed to the shaping of Adyghe values over the centuries. Although historically Islamised, the period of the Soviet Union contributed to a severe weakening of Islam in the area, and especially among the Adyghe-Circassians. With the fall of the Soviet regime, the revival of Habzism as a Neopagan phenomenon was supported by Adyghe intellectuals as part of a rise in nationalism and cultural identity in the 1990s,[8] and more recently as a thwarting force against Wahhabism and Islamic fundamentalism.[9]

The movement has developed a following especially in Karachay-Cherkessia (12%) and Kabardino-Balkaria (3%), according to 2012 statistics.[10] On the 29th of December 2010 a prominent Kabard-Circassian ethnographer and Habze advocate, Arsen Tsipinov,[11] was killed by radical Muslims, who warned him months earlier to stop publicizing the rituals of the original Circassian Pagan faith.[12][13]