He was the son of Arthur William Tyrrell Beck. He was educated at Haileybury and the Jesus College, Cambridge. In 1922 he married Lillian Clare Charteris Rickards. They had no children.[1]

In 1898 he qualified as a Barrister and was called to bar at Lincoln's Inn, but he never practised. He did serve as a Justice of the peace. He was an Under-writer at Lloyds.[2]

From 1905-06 he served as Mayor of St Ives, Huntingdonshire.[3] He was Liberal candidate for the Wisbech division of Cambridgeshire at the 1906 General Election. It was already a Liberal seat and he comfortably held it in that election;

He only served for one parliament as MP when the Liberals replaced him as their candidate for the January 1910 General Election. He managed to find another seat to contest, the Conservative seat of Chippenham in Wiltshire. Chippenham's Conservative MP since 1892 had joined the Liberals in 1904 and had retained his seat as a Liberal in 1906. He had since taken a seat in the House of Lords and Beck was given the tough job of trying to hold the seat. He was unsuccessful. Another General election came along in December 1910 and Beck tried his luck with a different constituency, Saffron Walden in Essex. This was a traditional Liberal seat that had been marginally lost to the Conservatives at the January 1910 elections. Beck narrowly regained the seat;

In parliament he started off his governmental career in 1912 working as Parliamentary Private Secretary for Percy Illingworth who was the Parliamentary Secretary to the Treasury. In 1912 he became Chairman of the Liberal Insurance Committee. Also in 1912 he was appointed one of the Commissioners on the Royal Commission of Inquiry into methods of appointment in the Civil Service. He was made a Lord of the Treasury in the Liberal government of H.H. Asquith in February 1915, then was appointed Vice-Chamberlain of the Household on the formation of the wartime coalition government in May 1915. He continued in this post until June 1917, when he was appointed one of the Parliamentary Secretaries and Controller of Finance to the Ministry of National Service. He was one of the minority of Liberal MPs who agreed to continue serving in the Coalition Government when David Lloyd George took over as Prime Minister. When the 1918 General Election came along, as an office holder in the Coalition Government, Beck received the endorsement of Lloyd George and had no Unionist opponent, making his re-election easy;

The National Service Ministry was abolished in December 1919. Beck was knighted in the 1920 New Year Honours.[6] In August 1921 Beck resigned the Coalition Whip to join the Independent Parliamentary Group, a new right wing group led by Horatio Bottomley. Beck intended to contest a London constituency rather than defend his seat at the 1922 General Election,[7] but he did not stand for parliament again.[8] 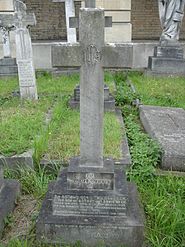