The Central Hockey League (CHL) was a North American mid-level minor professional ice hockey league which operated from 1992 until 2014. It was founded by Ray Miron and Bill Levins and later sold to Global Entertainment Corporation, which operated the league from 2000 to 2013, at which point it was purchased by the individual franchise owners. As of the end of its final season in 2014, three of the 30 National Hockey League teams had affiliations with the CHL: the Dallas Stars, Minnesota Wild, and Tampa Bay Lightning.

Several teams of defunct leagues joined the CHL along its history, including the Southern Hockey League, Western Professional Hockey League and International Hockey League. After two teams suspended operations during the 2014 offseason, the ECHL accepted the remaining seven teams as members in October 2014, meaning the end for the CHL after 22 seasons.[1]

The Central Hockey League (CHL) was revived in 1992 by Ray Miron and the efforts of Bill Levins, with the idea of central ownership of both the league and the teams. Both men were from hockey backgrounds. Miron had been general manager of the Colorado Rockies (now the New Jersey Devils), and had briefly been president of the previous Central Hockey League in 1976. In the inaugural 1992–93 season the league had six teams, including the Oklahoma City Blazers, the Tulsa Oilers, the Wichita Thunder, the Memphis RiverKings, the Dallas Freeze and the Fort Worth Fire.

After Levins died, the league's championship trophy (awarded to the winner of the CHL playoffs) was renamed the Levins Cup. After running the league for eight years, Miron retired in 2000 and sold the league. The Levins Cup was renamed the Ray Miron President's Cup. After experiments in expansion and an ongoing battle for players and markets with the Western Professional Hockey League (WPHL) throughout the late 1990s, the CHL merged with the WPHL in 2001, with 10 former WPHL teams joining the CHL for the 2001–02 season. However, several years of gradual contraction in the former WPHL markets claimed most of these teams in the ensuing years. The last active former WPHL team, the Fort Worth Brahmas, effectively ceased operations following the 2012–13 season. Subsequently, in 2010, the International Hockey League folded and all five remaining IHL teams joined the CHL; the last of these, the Quad City Mallards, folded in 2018 in the ECHL.

Brad Treliving, who co-founded the WPHL in 1996, became CHL commissioner following the merger, before leaving to join the Phoenix Coyotes.[2] Duane Lewis was named the permanent commissioner in June 2008.[3] In October 2013, the CHL appointed former president of the Pittsburgh Penguins Steve Ryan to succeed Lewis.

The Mississippi RiverKings, Tulsa Oilers and Wichita Thunder were the last of the original six franchises still playing at the end of the CHL's tenure; the RiverKings since folded, in 2018. In the 2014–15 season, ten teams (Allen, Brampton, Colorado, Evansville, Fort Wayne, Missouri, Quad City, Rapid City, Tulsa, and Wichita) were in the ECHL, two teams (Mississippi and Columbus) were in the SPHL, and four organizations (Corpus Christi, Fort Worth Brahmas, Odessa, and Rio Grande Valley) fielded junior teams in the NAHL. 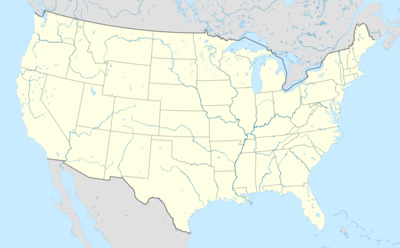 Wichita
A map showing the expanse of all historical CHL teams

Defunct, relocated, or folded to make room for team from another league 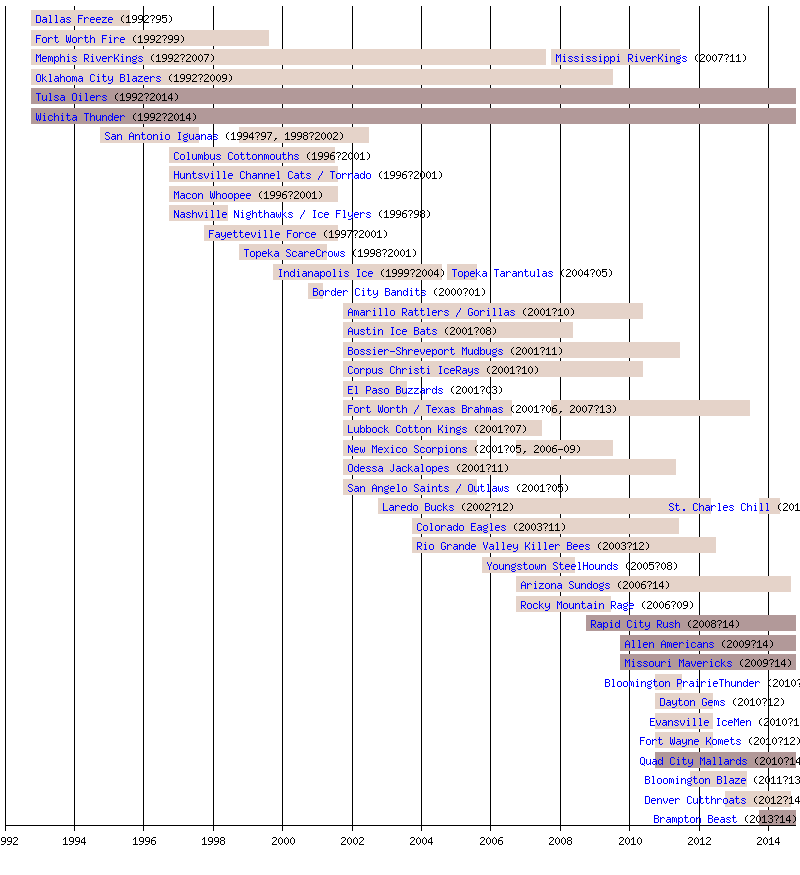