From Infogalactic: the planetary knowledge core
Jump to: navigation, search
This article is about an administrative region of France. For other similarly named regions, see Central Region (disambiguation).

Centre-Val de Loire (French pronunciation: ​[sɑ̃tʁ val də lwaʁ]), French for Centre-Loire valley, is one of the 18 regions of France. It straddles the middle Loire Valley and in the interior of the country. The administrative capital is Orléans, but the largest city is Tours. 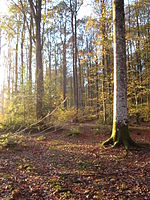 Forest in Eure-et-Loir, Centre
File:Logo-Centre.svg
Logo used prior to 2015

Like many contemporary regions of France, the Region of Centre was created from parts of several historical provinces. The name "Centre" was chosen by the French government purely on the basis of geography, in reference to its location in north-central France (the central part of the original French language area),

However, Centre is not situated in the geographical centre of France, and the name was criticized as being too dull and nondescript.[citation needed] Proposed names for the region included Val de Loire after the Loire Valley (the main feature of the region) or "Cœur de Loire" (i.e. "Heart of Loire").[citation needed] On 17 January 2015, in the wake of the proposed reorganization of French regions, the region's official name was changed to "Centre-Val de Loire".[2] Val de Loire is associated with positive images of the Loire Valley, such as the châteaux, the gentle and refined lifestyle, wine, and the mild and temperate climate, all of which attract many tourists to the region. A new logo was also created. 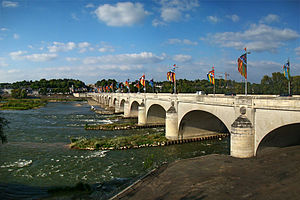 An economic development agency, called Centréco, was created in 1994 by the Centre Regional Council of the Centre-Loire valley region (France) to promote the inflow of investments and the establishment setting-up of new businesses French and foreign companies in the Centre region. This ensures a mission of economic promotion, international support to regional companies and enhancement promotion of regional agrofood products via a regional signature, © du Centre.