Cesar Chavez Day is a federal commemorative holiday in the U.S. by proclamation of President Obama in 2014.[1][2] On March 31 of each year, it celebrates the birth and legacy of the civil rights and labor movement activist Cesar Chavez. 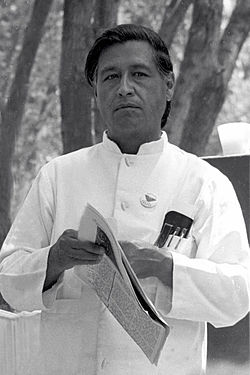 The day is commemorated to promote service to the community in honor of Cesar Chavez's life and work. Some state government offices, community colleges, libraries, and public schools are closed. Texas also recognizes the day, and it is an optional holiday in Arizona (official holiday in the city of Phoenix, Arizona) and Colorado. Although it is not a federal holiday, President Barack Obama proclaimed March 31 as Cesar Chavez Day in the United States, with Americans being urged to "observe this day with appropriate service, community, and educational programs to honor Cesar Chavez's enduring legacy."[7] In addition, there are celebrations in his honor in Arizona, Michigan, Nebraska, and New Mexico and has been observed in California since 1995, in Texas since 2000 and in Colorado since 2003 as state holidays (optional in Texas and Colorado).[8] 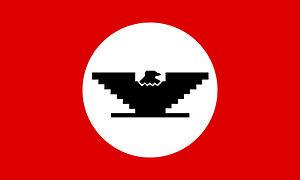 As a senator, Barack Obama made a call in 2008 for a national holiday in Chavez's honor, saying: "Chavez left a legacy as an educator, environmentalist, and a civil rights leader. And his cause lives on. As farm workers and laborers across America continue to struggle for fair treatment and fair wages, we find strength in what Cesar Chavez accomplished so many years ago. And we should honor him for what he's taught us about making America a stronger, more just, and more prosperous nation. That's why I support the call to make Cesar Chavez's birthday a national holiday. It's time to recognize the contributions of this American icon to the ongoing efforts to perfect our union." (Senator Barack Obama March 31, 2008)[9] Grassroots organizations continue to advocate to create a national holiday. On March 30, 2011, President Obama reiterated his support for the cause: "Cesar Chavez's legacy provides lessons from which all Americans can learn."[10]

Cesar Chavez Day has been celebrated in Reno, Nevada, since 2003. A state law passed in 2009 (AB 301) requires Nevada's governor to annually issue a proclamation declaring March 31 as Cesar Chavez Day.

On March 28, 2014, President Obama used his authority to proclaim March 31 as the national Cesar Chavez Day.[11] 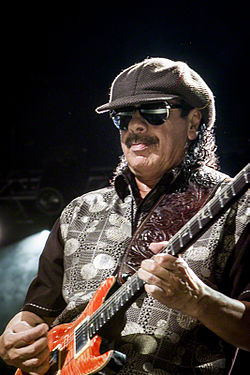 Cesar Chavez Day as a national holiday has gained support from musician Carlos Santana, civil rights and labor leaders.[12] Rallies were held in 2006 in Los Angeles with the goal of raising awareness beyond California. Currently, a major obstacle to this day becoming a national holiday is caused by a rule in Congress that prevents bills with national holiday provisions from being introduced. The holiday proposal would need to overcome that obstacle before legislation can be introduced.[13]