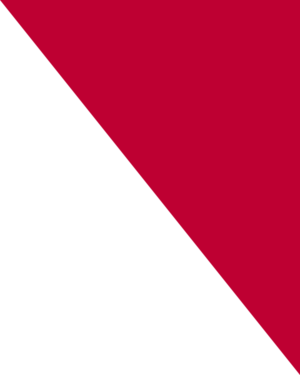 The Chōshū Domain (長州藩, Chōshū han?) was a feudal domain of Japan during the Edo period (1603–1867).[1] It occupied the whole of modern-day Yamaguchi Prefecture. The capital city was Hagi. The name Chōshū was shorthand for Nagato Province. The domain played a major role in the Late Tokugawa shogunate. It is also known as the Hagi Domain (萩藩, Hagi han?).[1]

The rulers of Chōshū were the descendants of the great Sengoku warlord Mōri Motonari. Motonari was able to extend his power over all of the Chūgoku region of Japan and occupied a territory worth 1,200,000 koku. After he died, his grandson and heir Mōri Terumoto became daimyo and implemented a strategy of alliance with Toyotomi Hideyoshi. This would later prove to be a great mistake. After Hideyoshi's death, the daimyo Tokugawa Ieyasu challenged the Toyotomi power and battled with Hideyoshi's trusted advisor Ishida Mitsunari at the Battle of Sekigahara. Mōri Terumoto was the most powerful ally of the Toyotomi and was elected by a council of Toyotomi loyalists to be the titulary head of the Toyotomi force. However the Toyotomi forces lost the battle due to several factors tied to Mōri Terumoto:

Despite its inactivity, the Mōri clan was removed from its ancestral home in Aki to Nagato Province (also known as Chōshū), and its holdings were drastically reduced from 1,200,000 to 369,000 koku.

This was seen as a great act of betrayal to the Mōri clan, and Chōshū later became a hotbed of anti-Tokugawa activities. The origins of this were evident in the tradition of the clan's New Year's meeting. Every year during the meeting, the elders and the administrators would ask the daimyo whether the time to overthrow the shogunate has come, to which the daimyo would reply: "Not yet, the shogunate is still too powerful."

This dream would eventually be realized some 260 years later, when the domain joined forces with the Satsuma Domain and sympathetic court nobles to overthrow the Tokugawa shogunate. They also led the fight against the armies of the former shogun, which included the Ouetsu Reppan Domei, Aizu, and the Ezo Republic, during the Boshin War. The domains' military forces of 1867 through 1869 also formed the foundation for the Imperial Japanese Army. Thanks to this alliance, Chōshū and Satsuma natives enjoyed political and societal prominence well into the Meiji and even Taishō eras. 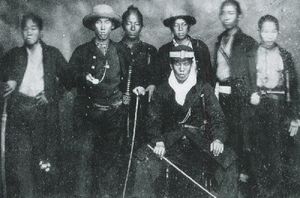 The Chōshū Kiheitai fought against the Shogunate in the Second Chōshū expedition and the Boshin war.

The initial reducing of 1.2 million to 369,000 koku resulted in a large shortfall in terms of military upkeep and infrastructure maintenance, despite which the domain remained the seventh-largest in Japan outside the shogunate-controlled domains. In order to bring the domain's finances out of debt, strict policies were enforced on the retainers:

Previously, as a result of high taxation, farmers secretly developed farms far inside the mountains as a private food source. A new land survey was conducted within the domain in which many hidden farms were discovered and taxed. The domain also began a strict policy with regard to trade.

Laws were also passed in which the profitable trade of the "four white"s were controlled by the domain: paper, rice, salt, and wax. Some of the profits, and a large amount of the tax revenues from this trade, went into the domain coffers.

These policies greatly strengthened the domain's finances and allowed the daimyo more effective control over his territory. However, these policies angered peasants and displaced samurai alike, resulting in frequent revolts.

The capital of the domain was the castle town of Hagi, which was the source of Chōshū's alternate name of Hagi han (萩藩).

The domain remained under the rule of the Mōri family for the duration of the Edo period. Because the shogunate frequently confiscated domains whose daimyo were unable to produce heirs, the Mōri daimyo created four subordinate han ruled by branches of the family:

During the Edo period, the main branch died out in 1707, after which heirs were adopted from the Chōfu branch, which also became extinct in 1751. The family then continued through the Kiyosue branch.

The Mōri daimyo, as with many of his counterparts throughout Japan, was assisted in the government of his domain by a group of karō, or domain elders. There were two kinds of karō in Chōshū: hereditary karō (whose families retained the rank in perpetuity) and the "lifetime karō," whose rank was granted to an individual but could not be inherited by his son.

The hereditary karō were either members of minor branches of the Mōri family, or members of related families such as the Shishido and the Fukuhara, or descendants of Mōri Motonari's most trusted generals and advisors such as the Mazuda, the Kuchiba and the Kunishi.

The lifetime karō were middle or lower samurai who displayed great talent in economics or politics and was promoted to karō by the daimyo. One such person was the great reformer Murata Seifu.