Chalcidice or Chalkidiki or Halkidiki (Greek: Χαλκιδική [xalciðiˈci]), is a peninsula and regional unit of Greece, part of the Region of Central Macedonia in Northern Greece. The autonomous Mount Athos region constitutes the easternmost part of the peninsula, but not of the regional unit. The capital of Chalkidiki is the main town of Polygyros, located in the centre of the peninsula. 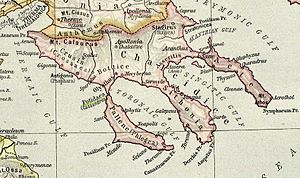 The Cholomontas mountains lie in the north-central part of Chalkidiki. Chalkidiki consists of a large peninsula in the northwestern Aegean Sea, resembling a hand with three "fingers" (though in Greek these peninsulas are often referred to as "legs") – Pallene (now Kassandra), Sithonia, and Agion Oros (the ancient Acte), which contains Mount Athos and its monasteries. Chalkidiki borders on the regional unit of Thessaloniki to the north.

There are several summer resorts on the beaches of all three fingers where other minor towns and villages are located, such as at Yerakini (Gerakina Beach), Neos Marmaras (Porto Carras), Ouranoupolis, Nikiti, Psakoudia, Kallithea (Pallene/Pallini, Athos), Sani Resort and more.

Chalcidice (/kælˈkɪdᵻki/ or /kælˈsɪdᵻsi/), Halkidiki, Chalkidiki, or Chalkidike, is the name given to this peninsula from a group of people native to this region, the Chalcideans (Greek: Χαλκιδείς), since the ancient times.[1] 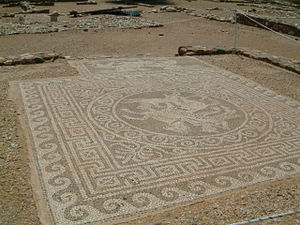 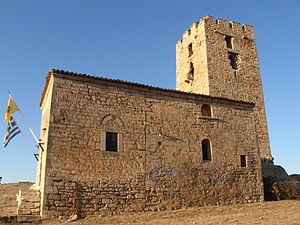 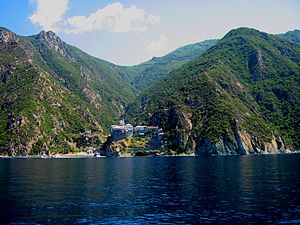 The first Greek settlers in this area came from Chalcis and Eretria, cities in Euboea, around the 8th century BC who founded cities such as Mende,[2] Toroni and Scione[3] a second wave came from Andros in the 6th century BC[4] who founded cities such as Akanthos.[5] The ancient city of Stageira was the birthplace of the great philosopher Aristotle. Chalkidiki was an important theatre of war during the Peloponnesian War between Athens and Sparta. Later, the Greek colonies of the peninsula were conquered by Philip II of Macedon and Chalkidiki became part of Macedonia (ancient kingdom). After the end of the wars between the Macedonians and the Romans, the region became part of the Roman Empire, along with the rest of Greece. At the end of the Roman Republic (in 43 BC) a Roman colony was settled in Cassandreia, which was later (in 30 BC) resettled by Augustus.[6]

During the following centuries, Chalkidiki was part of the Byzantine Empire (East Roman Empire). On a chrysobull of Emperor Basil I, dated 885, the Holy Mountain (Mount Athos) was proclaimed a place of monks, and no laymen or farmers or cattle-breeders were allowed to be settled there. With the support of Nikephoros II Phokas, the Great Lavra monastery was founded soon afterwards. Athos with its monasteries has been self-governing ever since.

After a short period of domination by the Latin Kingdom of Thessalonica, the area became again Byzantine until its conquest by the Ottomans in 1430. During the Ottoman period, the peninsula was important for its gold mining. In 1821, the Greek War of Independence started and the Greeks of Chalkidiki revolted under the command of Emmanouel Pappas, a member of Filiki Eteria, and other local fighters. The revolt was progressing slowly and unsystematically. The insurrection was confined to the peninsulas of Mount Athos and Kassandra. One of the main goals was to restrain and detain the coming of the Ottoman army from Istanbul, until the revolution in the south (mainly Peloponese) became stable. Finally, the revolt resulted in a decisive Ottoman victory at Kassandra. The survivors, among them Papas, were rescued by the Psarian fleet, which took them mainly to Skiathos, Skopelos and Skyros. The Ottomans proceeded in retaliation and many villages were burnt. 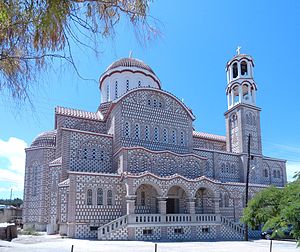 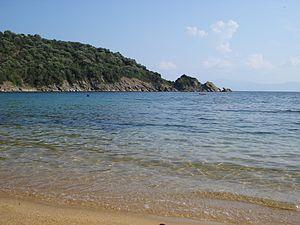 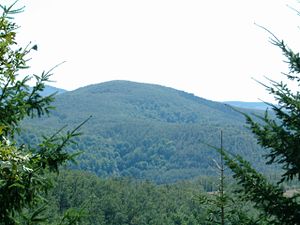 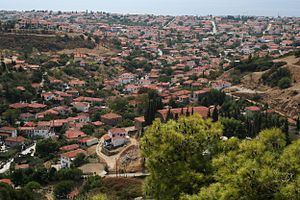 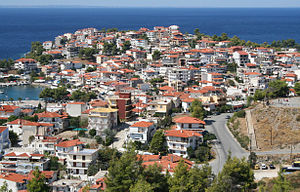 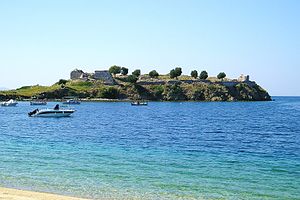 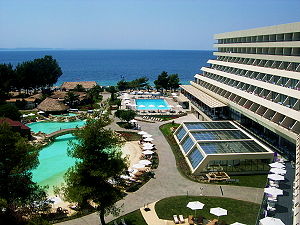 The peninsula is notable for its olive oil and olive production. Also various types of wine are produced.

Chalkidiki has been a popular summer tourist destination since the late 1950s when people from Thessaloniki started spending their summer holidays in the coastal villages. In the beginning tourists rented rooms in the houses of locals. By the 1960s, tourists from Austria and Germany started to visit Chalkidiki more frequently. Since the start of the big tourist boom in the 1970s, the whole region has been captured by tourism.[7] In the region there is a golf course and there is a plan for other four in the future.

Gold was mined in the region during antiquity by Philip II of Macedon and the next rulers. As of 2013[update] a revival of mining for gold and other minerals was underway with a number of concessions having been granted to Eldorado Gold of Canada. However, critics claim that mining would adversely affect tourism and the environment.[8]

The regional unit Chalkidiki is subdivided into five municipalities. These are (number as in the map in the infobox):[9]

As a part of the 2011 Kallikratis government reform, the regional unit Chalkidiki was created out of the former prefecture Chalkidiki (Greek: Νομός Χαλκιδικής). The prefecture had the same territory as the present regional unit. At the same time, the municipalities were reorganised, according to the table below.[9] 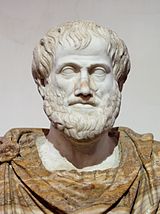 Bust of Aristotle in National Museum of Rome.