From Infogalactic: the planetary knowledge core
Jump to: navigation, search
For the other MP, see Chaloner Chute (died 1666). 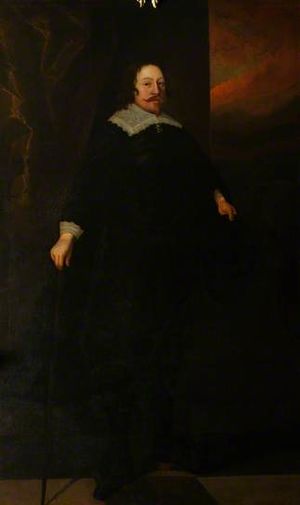 Chute was the son of Chaloner Chute of the Middle Temple. He was admitted to Middle Temple and was called to the bar. He developed a great reputation at the bar and was defence lawyer in several high-profile cases including Sir Edward Herbert (the king's attorney-general), Archbishop Laud, the eleven members of the House of Commons charged by Fairfax and his army as delinquents, and James Duke of Hamilton.[1] In 1653 he bought The Vyne, the Tudor palace which is located near Sherborne St John on the outskirts of Basingstoke in Hampshire. He demolished much of the northern part of the decaying building and employed the architect John Webb, a pupil of Inigo Jones, to add the portico to the north front in the 1650s, the first of its kind on an English country house. 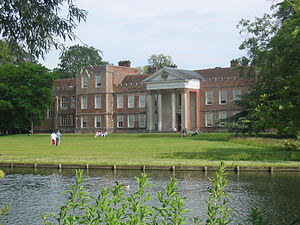 Chute married Anne Place, widow of William Place of Dorking, Surrey and daughter of Sir John Scory of Wormesley, Herefordshire. He was succeeded by his only surviving son Chaloner.[3]