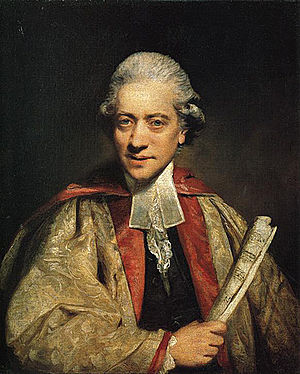 Charles Burney FRS (7 April 1726 – 12 April 1814) was an English music historian, composer and musician, and father of the writers Frances Burney and Sarah Burney.

Charles Burney was born at Raven Street in Shrewsbury, fourth of six children of James Macburney (1678-1749), a musician, dancer and portrait painter, and his second wife Ann (nee Cooper) (c1690-1775). In childhood he and a brother, Richard (1723-1792) were for unknown reasons sent to the care of a "Nurse Ball" at nearby Condover, where they lived until 1739. He began formal education at Shrewsbury School in 1737 and was later sent in 1739 to The King's School in Chester, where his father then lived and worked. His first music master was a Mr Baker, organist of the cathedral,[1] and a pupil of Dr John Blow. Returning to Shrewsbury at the age of fifteen, Burney continued his musical studies for three years under his half-brother, James Burney, organist of St Mary's church, and was then sent to London as a pupil of Dr Thomas Arne for three years.[2]

Burney wrote some music for Thomson's Alfred, which was produced at Drury Lane theatre on 30 March 1745. In 1749 he was appointed organist of St Dionis-Backchurch, Fenchurch Street, with a salary of £30 a year; and he was also engaged to take the harpsichord in the "New Concerts" then recently established at the King's Arms, Cornhill. In that year he married Esther Sleepe, who died in 1761; in 1769 he married Mrs Stephen Allen of Lynn. It was for his health that he went in 1751 to Lynn Regis in Norfolk, where he was elected organist, with an annual salary of £100, and lived for nine years. During that time he began to entertain the idea of writing a general history of music. His Ode for St Cecilia's Day was performed at Ranelagh Gardens in 1759; and in 1760 he returned to London in good health and with a young family; the eldest child, a girl of eight, surprised the public by her attainments as a harpsichord player. The concertos for harpsichord which Burney published soon after his return to London were much admired. In 1766 he produced, at Drury Lane, a translation and adaptation of Jean-Jacques Rousseau's opera Le devin du village, under the title of The Cunning Man.

The University of Oxford honoured Burney, on 23 June 1769, with the degrees of Bachelor and Doctor of Music, and his own work was performed. This consisted of an anthem, with an overture, solos, recitatives and choruses, accompanied by instruments, besides a vocal anthem in eight parts, which was not performed. In 1769 he published An Essay towards a History of Comets. Amidst his various professional avocations, Burney never lost sight of his main project—his History of Music—and decided to travel abroad and collect materials that could not be found in Britain. Accordingly, he left London in June 1770, carrying numerous letters of introduction, and travelled to Paris, Geneva, Turin, Milan, Padua, Venice, Bologna, Florence, Rome and Naples. The results of his observations were published in The Present State of Music in France and Italy (1771). This was very well received. In July 1772 Burney again visited the continent, to do further research, and, after his return to London, published his tour under the title of The Present State of Music in Germany, the Netherlands and United Provinces (1773). In 1773 he was chosen as a fellow of the Royal Society.

In 1776 appeared the first volume (in quarto) of his long-projected History of Music.[3] In 1782 Burney published his second volume; and in 1789 the third and fourth. Though criticized by Forkel in Germany and by the Spanish ex-Jesuit, Requeno, who, in his Saggj sul Ristabilimento dell' Arte Armonica de' Greci e Romani Canton (Parma, 1798), attacks Burney's account of ancient Greek music, and calls him lo scompigliato Burney, the History of Music was generally well received. The fourth volume covers the birth and development of opera and the musical scene in England in Burney's time.[4] Burney's first tour was translated into German by Ebeling, and printed at Hamburg in 1772; and his second tour, translated into German by Bode, was published at Hamburg in 1773. A Dutch translation of his second tour, with notes by J. W. Lustig, organist at Groningen, was published there in 1786. The Dissertation on the Music of the Ancients, in the first volume of Burney's History, was translated into German by Johann Joachim Eschenburg, and printed at Leipzig, 1781. Burney derived much aid from the first two volumes of Padre Martini's very learned Storia della Musica (Bologna, 1757–1770).

In 1774 he had written A Plan for a Music School. In 1779 he wrote for the Royal Society an account of the young William Crotch, whose remarkable musical talent excited so much attention at that time. In 1784 he published, with an Italian. title-page, the music annually performed in the pope's chapel at Rome during Passion Week. In 1785 he published, for the benefit of the Musical Fund, an account of the first commemoration of George Friedrich Handel in Westminster Abbey in the preceding year, with an excellent life of Handel. In 1796 he published Memoirs and Letters of Metastasio.

'A literary party at Sir Joshua Reynolds's'.[5] Use a cursor to see who is who.

Towards the close of his life Burney was paid £1000 for contributing to Rees's Cyclopædia all the musical articles not belonging to the department of natural philosophy and mathematics: the latter being written by John Farey, Sr. Burney's contribution to Rees included much new material which had not appeared in his earlier writings, particularly about the London music scene then.[6] In 1783, through the treasury influence of his friend Edmund Burke, he was appointed organist to the chapel of Chelsea Hospital, and moved from St Martin's Street, Leicester Square, to live in the hospital for the rest of his life. He was made a member of the Institute of France, and nominated a correspondent in the class of the fine arts, in the year 1810. From 1806 until his death he enjoyed a pension of £300 granted by Charles James Fox. He died at Chelsea College on 12 April 1814, and was interred in the burying-ground of the college. A tablet was erected to his memory in Westminster Abbey.

Burney's portrait was painted by Reynolds in 1781 for Henry Thrale's library. His bust was cut by Nollekens in 1805. He also appears in James Barry's The Thames (also known as Triumph of Navigation), which was painted in 1791 for the Royal Society of Arts. He had a wide circle of acquaintance among the distinguished artists and literary men of his day. At one time he thought of writing a life of his friend Dr Samuel Johnson, but retired before the crowd of biographers who rushed into that field.

His eldest son, James Burney, was a distinguished officer in the Royal Navy, who died a rear-admiral in 1821; his second son was the Rev. Charles Burney; and his second daughter was Frances or Fanny, the famous novelist, later Madame D'Arblay. Her published diary and letters contain many minute and interesting particulars of her father's public and private life, and of his friends and contemporaries, including his initial opposition to her marriage to the French refugee Alexandre D'Arblay in 1793 and to her sister Charlotte's remarriage to the pamphleteer and stockjobber Ralph Broome in 1798.[7] A life of Burney was compiled by Madame D'Arblay and appeared in 1832, but it has been criticized consistently for being eulogistic.[8] His daughter by his second marriage, Sarah Burney, was also a novelist. Her letters also provide interesting, less adulatory information about her father. Although Sarah looked after him in his old age, their personal relations remained poor.[9]

Dr Johnson drew inspiration from The Present State of Music in France and Italy (1771), according to later writers: "Dr. Burney published an account of his tour... which was extremely well received, and deemed by the best judges so good a model for travellers who were inclined to give a description of what they had seen or observed, that Dr. Johnson professedly imitated it in his own Tour of the Hebrides, saying, 'I had that clever dog Burney's Musical Tour in my eye.'"[10]

Burney appears in a story by Lillian de la Torre (Lillian Bueno McCue, 1902–1993), a US writer of historical mysteries, entitled "The Viotti Stradivarius", part of her series featuring Samuel Johnson as a "detector" (detective). The story features a fictitious meeting between Burney, his daughter Fanny, Giovanni Battista Viotti and his Stradivarius, and Grigory Grigoryevich Orlov, along with Johnson and James Boswell, in connection with the theft and recovery of the Orlov diamond.[11]