Charles Eliot Norton (16 November 1827 – 21 October 1908) was a leading American author, social critic, and professor of art. He was a progressive social reformer and a liberal activist whom many of his contemporaries considered the most cultivated man in the United States.[1]

Norton was born at Cambridge, Massachusetts. His father, Andrews Norton (1786–1853), was a Unitarian theologian, and Dexter professor of sacred literature at Harvard; his mother was Catherine Eliot, a daughter of the merchant Samuel Eliot. Charles William Eliot, president of Harvard, was his cousin. Norton graduated from Harvard in 1846, where he was a member of the Hasty Pudding, and started in business with an East Indian trading firm in Boston, travelling to India in 1849. After a tour in Europe, where he was influenced by John Ruskin and pre-Raphaelite painters, he returned to Boston in 1851, and devoted himself to literature and art. He translated Dante's Vita Nuova (1860 and 1867) and the Divina Commedia (1891-91-92, 3 vols, 1902 being the publication year of Norton's thorough final edit). He worked tirelessly as secretary to the Loyal Publication Society during the Civil War, communicating with newspaper editors across the country, including the journalist Jonathan Baxter Harrison who became a lifelong friend.[2] From 1864 to 1868, he edited the highly influential magazine North American Review, in association with James Russell Lowell. In 1861 he and Lowell helped Henry Wadsworth Longfellow in his translation of Dante and in the starting of the informal Dante Club. 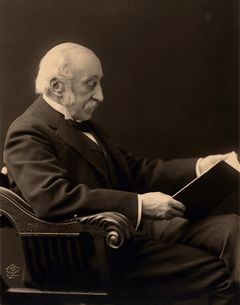 In 1875 he was appointed professor of the history of art at Harvard, a chair which was created for him and which he held until retirement in 1898. The Archaeological Institute of America chose him as its first president (1879–1890). From 1855 to 1874 Norton spent much time in travel and residence on the continent of Europe and in England, and it was during this period that his friendships began with Thomas Carlyle, John Ruskin, Edward FitzGerald and Leslie Stephen, an intimacy which did much to bring American and English men of letters into close personal relation. Another friend was John Lockwood Kipling, father of Rudyard Kipling. Father and son visited Norton in Boston and the younger Kipling recalled the visit years later in his autobiography:

We visited at Boston [my father's] old friend, Charles Eliot Norton of Harvard, whose daughters I had known at The Grange in my boyhood and since. They were Brahmins of the Boston Brahmins, living delightfully, but Norton himself, full of forebodings as to the future of his land’s soul, felt the established earth sliding under him, as horses feel coming earth-tremors. ... Norton spoke of Emerson and Wendell Holmes and Longfellow and the Alcotts and other influences of the past as we returned to his library, and he browsed aloud among his books; for he was a scholar among scholars.[5]

Norton had a peculiar genius for friendship, and it is on his personal influence rather than on his literary productions that his claim to fame rests. In 1881 he inaugurated the Dante Society, whose first presidents were Longfellow, Lowell and Norton himself. From 1882 onward he confined himself to the study of Dante, his professorial duties, and the editing and publication of the literary memorials of many of his friends. 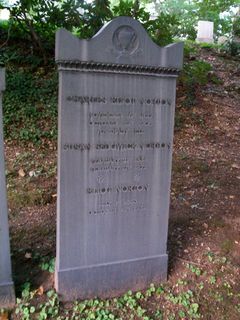 In 1883 came the Letters of Carlyle and Emerson; in 1886, 1887 and 1888, Carlyle's Letters and Reminiscences; in 1894, the Orations and Addresses of George William Curtis and the Letters of Lowell. Norton was also made Ruskin's literary executor, and he wrote various introductions for the American "Brantwood" edition of Ruskin's works. His other publications include Notes of Travel and Study in Italy (1859), and an Historical Study of Church-building in the Middle Ages: Venice, Siena, Florence (1880). He organized exhibitions of the drawings of Turner (1874) and of Ruskin (1879), for which he compiled the catalogues. In 1886, he opposed the opening of a 'drinking saloon' on the main street near his home, in a letter which reveals little empathy for, or understanding of the significance of, Irish immigration to Cambridge in that era.[6] Like his friend Ruskin, Norton believed one of the best things one could do for working-class people was to give them opportunities to gain satisfaction by engaging in workmanship, as opposed to monotonous routine labor where they have to work like machines. T. J. Jackson Lears has described Norton as the foremost American proponent of the Arts and Crafts movement. Norton was a founding member of The Society of Arts and Crafts of Boston.[7]

During the first years of the twentieth century, Norton spoke out in favor of legalized euthanasia. He lent his name to a movement led by Ohio socialite Anna S. Hall to pass physician-assisted suicide legislation in Ohio and Iowa.[8] Norton died at "Shady Hill," the house where he had been born, on October 21, 1908, and was buried at Mount Auburn Cemetery.

Norton was widely admired for the breadth of his intellectual interests, remarkable scholarship and interest in the common good. He was awarded the honorary degrees of Litt.D. (Cambridge) and D.C.L. (Oxford), as well as the L.H.D. from Columbia and the LL.D. from both Harvard and Yale. One of his many students at Harvard was James Loeb, who in 1907 created the "Charles Eliot Norton Memorial Lectureship" in archaeology.[9] The Charles Eliot Norton Lectures are given annually by distinguished professors at Harvard. Norton bequeathed the more valuable portion of his library to Harvard.