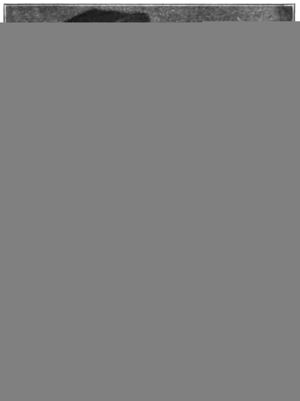 Charles Henry Caffin (June 4, 1854 – January 14, 1918) was an Anglo-American writer and art critic, born in Sittingbourne, Kent, England. After graduating from Magdalen College, Oxford, in 1876, with a broad background in culture and aesthetics, he engaged in scholastic and theatrical work. In 1888, he married Caroline Scurfield, a British actress and writer. In 1892, he moved to the United States. He worked in the decoration department of the Chicago Exposition, and after moving to New York City in 1897, he was the art critic of Harper's Weekly, the New York Evening Post, the New York Sun (1901–04), the International Studio, and the New York American. His publications are of a popular rather than a scholarly character, but he was an important early if equivocal advocate of modern art in America. His writings were suggestive and stimulating to laymen and encouraged interest in many fields of art. One of his last books, Art for Life's Sake (1913), described his philosophy, which argued that the arts must be seen as "an integral part of life....[not] an orchid-like parasite on life" or a specialized or elite indulgence.[1] He also argued strenuously for art education in American elementary schools and high schools and was a frequent lecturer.

Caffin's earliest writings did not suggest that he would ever be sympathetic to the modernist attack on traditional aesthetic values. His articles and many books, which were surveys intended for a general audience, focused on the major names in seventeenth- and eighteenth-century European painting and sculpture, and when considering art from the late nineteenth century, praised the work of artists like Abbott Thayer and George de Forest Brush, men who came to epitomize everything Modernism would reject. He was an admirer of Tonalism and the realism of Gari Melchers.

Caffin's interest in pictorial photography led to the most important and productive friendship of his life with Alfred Stieglitz. Stieglitz enlisted Caffin as a writer for his journal Camera Work, for which he wrote appreciations of Stieglitz's photographs as well as those of Edward Steichen, Frank Eugene, Joseph Keiley, Gertrude Kasebier, among others. Camera Work, which was founded in 1902, continued publication until 1917 and, in the words of Stieglitz's biographer, Caffin was "the only major critic sympathetic to [Stieglitz's] goals to last the full life of the magazine."[2] The relationship with Stieglitz also led to more exposure to new art. Reviewing exhibitions at Stieglitz's gallery, "291," Caffin had the opportunity to assess challenging artists as different as Abraham Walkowitz, Alfred Maurer, John Marin, Arthur Dove, and Marsden Hartley Some of the new art he saw (e.g., Cubism and Synchromism) was confusing and disorienting to him, but much of it was a revelation which he was pleased to discuss in his newspaper and magazine columns. Though he was always more comfortable writing about the Old Masters or painters from his youth like James Abbott McNeill Whistler, he acquired a reputation as a writer with an open mind. He could also acknowledge that his own perspective had changed over time. Examining a portrait by Thomas Wilmer Dewing at a 1916 exhibition at the Knoedler gallery, he wrote, "It is with curious reflection that one studies its dead harmonies of color, its inert vibrations...and recalls that they once seemed to awaken a response in one's imagination...Poor old fin-de-siecle exquistiveness, how completely everybody but the artist has grown beyond you!"[3]

Caffin had his enemies in the modernist camp who could not forgive him his more conservative tastes. Willard Huntington Wright, an early advocate of abstract painting, found Caffin's growing interest in advanced art suspicious and suggested that hypnotism must be responsible for his conversion to a broader view as "the headmaster in the kindergarten of painting" was not clever enough to see the light on his own.[4] Another writer in the Stieglitz circle, Temple Scott, wrote an "histoire a clef" that offered a particularly unflattering portrait of Caffin, thinly disguised as "Charles Cockayne," a critic of complacent self-assurance.[5]

In the years between the 1913 Armory Show, which he found impressive but dangerously sensationalistic, and his death in 1918, Caffin energetically covered the changing New York art world and urged his readers to give the difficult new painters a chance. He made a case to skeptical viewers for the work of European modernists like Henri Matisse, Constantin Brâncuși, and Francis Picabia. Yet he also shared his own doubts. While he could see the innovative qualities of Paul Cézanne and Georges Braque, he dismissed the "pinhead humor" of Marcel Duchamp[6] and found the Coney Island paintings of Joseph Stella aggressively vulgar.[7] Writing about a 1915 Picasso exhibition, he admitted that all artists must follow "the inevitable call of their own genius" but that Picasso "has reached a point of intentional abstraction which I, for one, cannot follow."[8]

Charles Caffin is an example of a writer who was neither a reactionary opposed to Modernism nor an unabashed avant-garde supporter. Sharing his enthusiasm and his skepticism, he provided a forum for reasoned debate and applauded the testing of aesthetic boundaries and standards. He understood that he lived in changing times.