Charles Thomas Longley (28 July 1794 – 27 October 1868[2]) was a bishop in the Church of England. He served as Bishop of Ripon, Bishop of Durham, Archbishop of York and Archbishop of Canterbury from 1862 until his death.

He was born at Rochester, the fifth son of the late John Longley, Recorder of Rochester,[3] and educated at Westminster School and Christ Church, Oxford.[4] He was ordained in 1818, and was appointed vicar of Cowley, Oxford, in 1823. In 1827, he received the rectory of West Tytherley, Hampshire, and two years later he was elected headmaster of Harrow School. He held this office until 1836, when he was consecrated bishop of the new see of Ripon. In 1856 he became Bishop of Durham, and in 1860 he became Archbishop of York.

In 1862, he succeeded John Sumner as Archbishop of Canterbury. Soon afterwards the questions connected with the deposition of Bishop John William Colenso were referred to Longley but, while regarding Colenso's opinions as heretical and his deposition as justifiable, he refused to pronounce upon the legal difficulties of the case.

The chief event of his primacy was the meeting at Lambeth, in 1867, of the first Pan-Anglican conference of British, colonial and foreign bishops. His published works included numerous sermons and addresses. He died at Addington Park, near Croydon.

Like Sumner, he was a member of the Canterbury Association from 27 March 1848.[5]

As Headmaster of Harrow School, he married 15 December 1831 Caroline Sophia Parnell, whose brother Hon and Rev George Damer Parnell MA was the curate of Ash 1859–1861. Miss Parnell was the daughter of Sir Henry Brooke Parnell 4th Baronet, cr. (1841) first Baron Congleton by his wife Lady Caroline Elizabeth Dawson, the eldest daughter of John, first Earl of Portarlington.[6] They had several children, three sons and three daughters,[7] of whom

1. Sir Henry Longley, KCB (28 November 1833 – 25 December 1899), served as Chief Charity Commissioner for the British government.[8] He married 17 September 1861 Diana Eliza Davenport (fl. 1905), daughter of John Davenport of Foxley, Herefordshire.[7] 1.1. John Augustine Longley, served as assistant private secretary to the Lord Privy Seal and married 26 May 1898 Lady Louisa Katherine Scott, daughter of the 3rd Earl of Eldon. There was no issue listed for the marriage, nor a birthdate for John Augustine Longley. 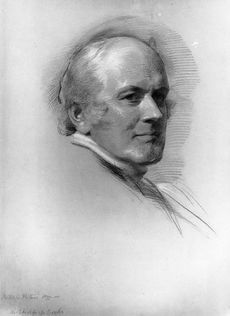