Charles de Sousy Ricketts (2 October 1866 – 7 October 1931) was a versatile English artist, illustrator, author and printer, and is best known for his work as book designer and typographer from 1896 to 1904 with the Vale Press, and his work in the theatre as a set and costume designer.

Ricketts was born in Geneva to a French mother and an English father. He grew up mainly in France and Italy. He began his studies in art at the City and Guilds Technical Art School in Lambeth, in 1882, after both his parents had died.

According to William Rothenstein, "Ricketts, with his pale, delicate features, fair hair and pointed red-gold beard, looked like a Clouet drawing. Half French, he had the quick mind and the rapid speech of a southerner." 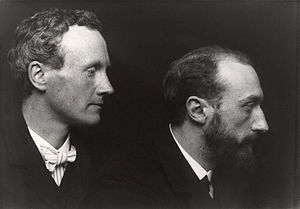 At the Art School he met Charles Shannon (1863–1937), painter and lithographer, who would be his lifelong partner in both his artistic and personal life.[1] On the advice of Pierre Puvis de Chavannes, they settled in England rather than abroad.

They founded The Dial, a magazine, which had five issues from 1889 to 1897, and the Vale Press, named after their house, The Vale, in Chelsea, London. "The portrait of Ricketts by Shannon was painted two years after Ricketts had founded the Vale Press. It is a record of their friendship, slightly tentative in its character, with Ricketts turning his head away so that he is seen in profile. He liked it precisely for this reason since it shows him 'turning away from the 20th century to think only of the 15th.' It is labelled on the back 'The Man in an Inverness Cloak'." – National Portrait Gallery

Ricketts was one of two well-known illustrators of Oscar Wilde's work, the other being Aubrey Beardsley who worked on Salomé. He and Shannon were friends and supporters of Wilde, for whom Ricketts painted, in the style of Clouet, the hero of Wilde's short story, 'The Portrait of Mr. W. H.'"[2] 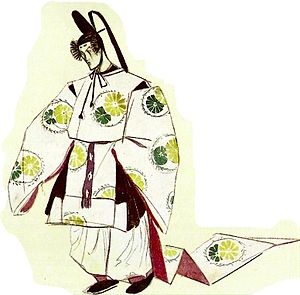 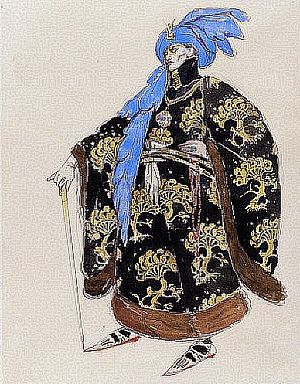 It was in the work of the Vale Press that Ricketts would find his talents were best employed. The enterprise also involved Thomas Sturge Moore, and later William Llewellyn Hacon (1860–1910), a barrister. The actual printing was carried out by Ballantyne Press under the supervision of Charles McCall. A total of about 75 books were produced, including a complete Shakespeare in 39 volumes, before the special type fonts were destroyed. In parallel, Ricketts was involved with the Eragny Press, run by Lucien Pissarro and his wife Esther, from 1894 to 1914.

After 1902, he turned more to painting and sculpture. His principal pictures in public galleries are "The Death of Don Juan" (Tate Gallery), "The Plague" (Musée du Luxembourg, Paris) and "Montezuma" (Manchester Art Gallery).[3]

Ricketts also wrote on art, was a collector, and was elected an Associate of the Royal Academy in 1922 and a full member in 1928.[4] In 1929 he was appointed a member of the Royal Fine Arts Commission.[3] He was also a member of the International Society of Sculptors, Painters and Gravers.[5]

Ricketts became a celebrated and sought-after designer for the stage. "Mr Ricketts is infallible in his ideas on costume" observed The Times.[6] Plays on which he worked included Oscar Wilde's Salome (1906), Laurence Binyon's Attila (1907), King Lear (1909), Bernard Shaw's The Dark Lady (1910), Arnold Bennett's Judith (1916), Shaw's Annajanska, the Bolshevik Empress (1918), Maurice Maeterlinck's The Betrothal (1920), Shaw's Saint Joan (1924), Macbeth (1926) and John Masefield's The Coming of Christ (1928).[7] Outside London he worked for the Abbey Theatre, Dublin on plays by W. B. Yeats and J.M. Synge.[8] Ricketts also designed much-publicised new productions of The Gondoliers and The Mikado for Rupert D'Oyly Carte in the 1920s.[9]

Michael MacLennan wrote "Last Romantics", a play based on the life of Ricketts, Shannon and their circle, including Oscar Wilde, Aubrey Beardsley and Michael Field. The play premiered in 2003 and was a finallist for the Governor General's Literary Award that year.[10]