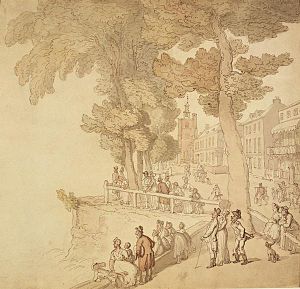 Cheyne Walk is a historic street, in Chelsea, in the Royal Borough of Kensington and Chelsea.

Cheyne Walk forms part of the A3212 and A3220 trunk roads; it extends eastwards from the southern end of Finborough Road past the Battersea and Albert Bridges, after which the A3212 becomes the Chelsea Embankment. It marks the boundary of the, now withdrawn, extended London Congestion Charge Zone.

East of the Walk is the Chelsea Physic Garden with its cedars. To the West is a collection of residential houseboats which have been in situ since the 1930s.

Cheyne Walk takes its name from William Lord Cheyne who owned the manor of Chelsea until 1712.[1] Most of the houses were built in the early 18th century. Before the construction in the 19th century of the busy Embankment, which now runs in front of it, the houses fronted the River Thames. The most prominent building is Carlyle Mansions.

In 1972, number 96 Cheyne Walk, the then home of Philip Woodfield, a British civil servant, was the site of a top secret meeting between the British government and the leadership of the Provisional IRA aimed at ending the violence in Northern Ireland. The talks were inconclusive and the violence soon started again.

Many famous people have lived (and continue to live) in the Walk: 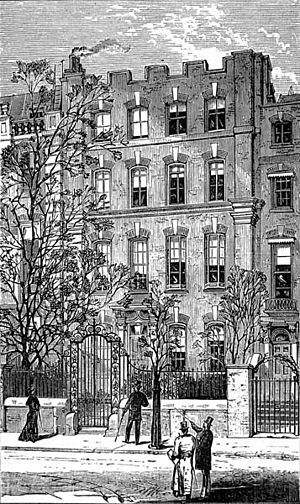 4 Cheyne Walk, shown here in 1881, was briefly the home of George Eliot 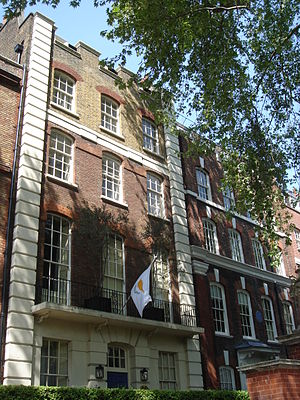 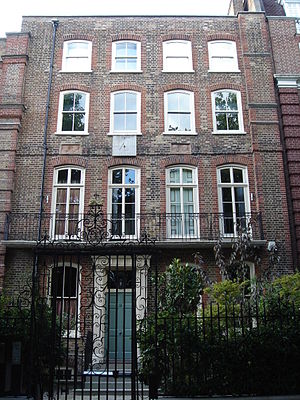 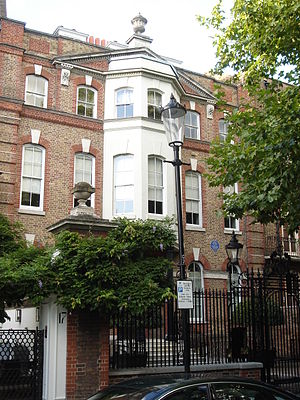 Media related to Cheyne Walk at Wikimedia Commons Lua error in Module:Coordinates at line 668: callParserFunction: function "#coordinates" was not found.