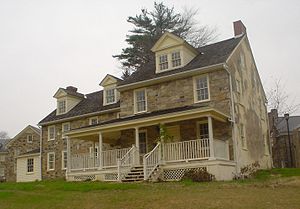 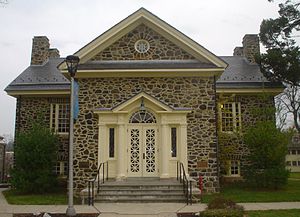 Founded as the African Institute in February 1837 and renamed the Institute of Colored Youth (ICY) in April 1837, Cheyney University is the oldest African-American institution of higher learning.

Unlike Lincoln University and some others HBCUs, Cheyney did not award degrees until 1914, when it adopted the curriculum of a normal school (teacher training). The African Institute was founded by Richard Humphreys, a Quaker philanthropist who bequeathed $10,000, one-tenth of his estate, to design and establish a school to educate people of African descent and prepare them as teachers.

Born on a plantation on Tortola, an island in the British West Indies, Humphreys came to Philadelphia in 1764. Many Quakers were abolitionists, and he became concerned about the struggles of free people of color to make a living and gain education in a discriminatory society. News of a race riot against free blacks in Cincinnati, Ohio in 1829 inspired Humphreys to bequeath money in his will for higher education for free blacks. He charged thirteen fellow Quakers to design an institution "to instruct the descendents of the African Race in school learning, in the various branches of the mechanic Arts, trades and Agriculture, in order to prepare and fit and qualify them to act as teachers ..."

Founded as the African Institute, the school was soon renamed the Institute for Colored Youth. In its early years, it provided training in trades and agriculture, as those were the predominant skills needed in the general economy. In 1902 the Institute was relocated to George Cheyney's farm, a 275-acre property 25 miles (40 km) west of Philadelphia.[6] The name "Cheyney" became associated with the school in 1913. The school's official name changed several times during the 20th century. In 1983, Cheyney was taken into the State System of Higher Education as Cheyney University of Pennsylvania.

The university has traditionally offered opportunities to many students from Philadelphia's inner city schools.[6] Its alumni have close ties in the city and state. It became part of a 1980 civil rights lawsuit against the state government; it alleged that the state had unlawfully underfunded the historically black university. The suit was settled 19 years later in 1999. This was five years after the U.S. Department of Education's Office of Civil Rights began investigating states "that once practiced segregation in higher education and were never officially found to have eliminated it."[7] In the settlement, the state agreed to provide $35 million to Cheyney over a five-year period, particularly for construction of needed buildings and academic development. By comparison, the university had an annual budget of about $23 million at the time.[7]

Fourteen years later, in 2013 The Philadelphia Inquirer characterized the university as having "struggled for years with low enrollment and funding woes as have many other historically black universities." A group of students, alumni, and elected officials threatened to revive the 1980 civil rights lawsuit against the state, believing the institution was still underfunded. State spokesmen noted the university received a high rate of funding on a per capita student basis, and had received recent capital investment.[6]

The university offers baccalaureate degrees in more than 30 disciplines, and master's degrees in education and public administration.

In December 2014, Pennsylvania Auditor General Eugene DiPasquale reported on a state financial audit of Cheyney. The audit found that total operating expenses at Cheyney the last three years of the audit period greatly exceeded available revenues. Cheyney University had a negative balance of $12.3 million on operating expenses of $46.6 million. Its budget for 2014-15 projects a shortfall of $5.5 million.[14]

In 2009, Cheyney University hired the first ever NCAA men's and women's basketball coaches who are brother and sister. The men's coach is Dominique Stephens, a North Carolina Central University graduate and member of the NCAA Division II Basketball Championship team, and the women's coach is Marilyn Stephens, the Temple University Hall of Famer.

During the 2007-08 through 2010-11 academic years, the university violated NCAA rules in the certification of initial, transfer and continuing eligibility involving all sports programs. During the four-year period, numerous student-athletes competed while ineligible due to improper certification. In amateurism certification alone, 109 student-athletes practiced, competed and received travel expenses and/or athletically related financial aid before the university received their amateurism certification status from the NCAA Eligibility Center. The committee also concluded that a former compliance director failed to monitor when she did not follow proper procedures in the certification of student-athletes’ eligibility. The entire athletics program is on probation until August 2019.[15][16]