The Chicago Public Library (CPL) is the public library system that serves the City of Chicago in the U.S. state of Illinois. It consists of 80 locations, including a central library, two regional libraries, and branches distributed throughout the city's 77 Community Areas.[1] 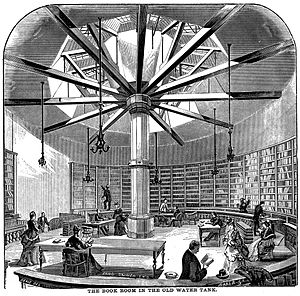 The original library, on the site that is now the Rookery Building.

In the aftermath of the 1871 Great Chicago Fire, Londoner A.H. Burgess, with the aid of Thomas Hughes, drew up what would be called the "English Book Donation," which proposed that England should provide a free library to the burnt-out city. The Chicago Public Library was created directly from the ashes of the great Chicago Fire. Burgess wrote on December 7, 1871 in the London Daily News that "I propose that England should present a Free Library to Chicago, to remain there as a mark of sympathy now, and a keepsake and a token of true brotherly kindness forever..."[3]

In Chicago, town leaders petitioned Mayor Joseph Medill to hold a meeting and establish the library. The meeting led to the Illinois Library Act of 1872, which allowed Illinois cities to establish tax-supported libraries. In April 1872, the Chicago City Council passed an ordinance establishing the Chicago Public Library. In the rebuilding section of the city, on January 1, 1873, the Chicago Public Library officially opened its doors in an abandoned iron water tank at LaSalle and Adams Streets. The collection included 3,157 volumes. The water tank was 58 feet (18 m) in diameter, 21 feet (6.4 m) high and with a 30-foot (9.1 m) foundation. A two story office building was soon built around it to hold city offices, and a third floor reading room was built for the library.

On October 24, 1873, William Frederick Poole was elected the first head librarian by the library's Board of Directors. Poole was mainly concerned during his tenure on building the circulation. In 1874, circulation services began with 13,000 out of 17,533 available for lending. The library moved from place to place during its first 24 years. Eleven years it spent on the fourth floor of city hall. In 1887, Poole resigned to organize the Newberry Library of Chicago.

On October 15, 1887, Frederick H. Hild was elected the second Librarian of the Chicago Public Library and securing a permanent home was his primary drive. Ten years later, the Central Library was opened. Designed by the Boston firm of Shepley, Rutan and Coolidge in the same academic classical style as their building for the Art Institute, it was located on Michigan Avenue between Washington Street and Randolph Street on land donated by the Grand Army of the Republic, a Civil War Veterans group led by John A. Logan, a Civil War General and U.S. Senator from Illinois. In return for the land the Library was to maintain a Civil War collection and exhibit in a G.A.R. room until the last northern Civil War veteran died. The library would remain on this site for the next 96 years. It is now the Chicago Cultural Center.

Henry Eduard Legler assumed the leadership of the Chicago Public Library on October 11, 1909. Previously a Wisconsin Progressive, he was well known as an aggressive advocate of the expansion of library service. In 1916, Legler presented his "Library Plan for the Whole City," the first comprehensive branch library system in the nation. A landmark in library history, the plan called for an extensive network of neighborhood library locations throughout Chicago. The goal of the plan was to bring "library service within the walking distance of home for every person in Chicago who can read or wants to use books." Legler was succeeded by his assistant Carl B. Roden in 1918. Roden served as Chief Librarian until 1950. 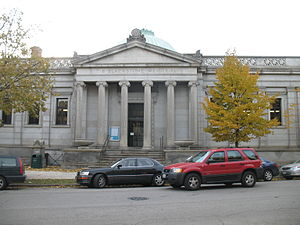 Roden was succeeded in 1951 by Chief Librarian Gertrude E. Gscheidle. During her tenure the Library expanded its service to Chicago's neighborhoods by modernizing its bookmobile services. In the 1960s several new neighborhood branch libraries were constructed or were established in leased storefronts or reading rooms.

The two-story, 62,000-square-foot (5,800 m2) Carter G. Woodson Regional Library, named after the "Father of Modern Black Historiography," opened its doors in December 1975. A decade later, Chicago Public Library replaced its north side regional library when the Conrad Sulzer Regional Library opened to the public in late 1985. The Woodson branch library features the Vivian G. Harsh Research Collection, one of the largest repositories of African-American archival information in the Midwest. It holds the papers of many notable Chicagoans, such as John H. Sengestacke, Robert S. Abbott, Doris E. Saunders, Timuel Black, Rev. Addie L. Wyatt, and numerous others.

In 1974, the Board of Directors authorized an $11 million renovation of the Central Library. While the restoration of the original central library proved a great success, the collections remained warehoused outside the old library while the City debated the status of the future of the central library. One plan was to move the library to the former Rothchild/Goldblatts Department Store which stood empty on Chicago's State Street and had reverted to City ownership.

The Chicago Sun-Times editorial board and Cindy Pritzker, then President of the Library Board, launched a grassroots campaign to build a new state-of-the-art library. On July 29, 1987, Mayor Harold Washington and the Chicago City Council authorized a design and construction competition for a new, one-and-a-half block $144 million library at 400 South State Street.

In 1991, the Harold Washington Library Center, Chicago's new central library, named for the late mayor, opened to the public. It was the world's largest municipal public library at the time of its opening. It is accessible from the Brown, Orange, Purple and new Pink Line trains at the "Library" stop, from the Blue Line at the "LaSalle" and "Jackson" stops, as well as from the Red Line at the "Jackson" stop.

In January 1994, Mary A. Dempsey was appointed Library Commissioner by Mayor Richard M. Daley and served in that role until January 2012. Under her direction, the Library launched the largest branch building program in its history, constructing or renovating 44 branch libraries; installed more than 2500 free public access computers and wifi throughout the library system; completed 2 strategic plans; established professional development and training programs for all library staff; and launched signature programs such as One Book, One Chicago; YOUmedia the museum and Ravinia free admission programs; Teen Volume; Law at the Library; and Money Smart financial literacy programs for adults and teens. The library's success in revitalizing communities through branch library development was analyzed by Robert Putnam in 2003.[5]

The Engaged Library: Chicago Stories of Community Building published by the Urban Library Council (2006) highlights several Chicago public libraries and their efforts in strengthening the community and effectively enhancing the well-being and capacities of urban neighborhood residents, associations, non-profits and public institutions.[7]

Brian Andrew Bannon was appointed as Library Commissioner in January 2012 and assumed the role in March 2012.

Some of the free programming the Chicago Public Library offers include: The One Book One Chicago program, The Summer Learning Challenge, Bookamania (held every November), Kids Museum Passport Program (allows patrons free admission to a variety of Chicago's world-class institutions), and Words and Music Program[8] (which provides patrons with free lawn tickets to selected Ravinia concerts).

The Chicago Public Library offers free lecture series covering a variety of topics including: Law at the Library (a free monthly lecture series that offers participants the opportunity to speak with a legal professional about a variety of legal topics), Money Smart (a series of financial literacy programs), and Author Series.

In June 2013, the library announced a million-dollar grant from the Bill & Melinda Gates Foundation establishing a partnership between the Chicago Public Library and the public library system of Aarhus, Denmark.[9]

That same month, the Library opened its Innovation Lab, featuring a Maker Lab with 3D software, milling machine, laser cutters, and 3D printers. The space has proven highly successful in offering free access to the latest in advance manufacturing technology and was awarded the Chicago Innovation Awards Social Innovator Award in October 2013.

In late 2013, a study released by the Information Science Department of Heinrich Heine University in Düsseldorf, Germany ranked Chicago Public Library first in the United States and third in the world, when comparing 31 major urban libraries taking leadership roles in supporting "smart cities" in a "knowledge economy." 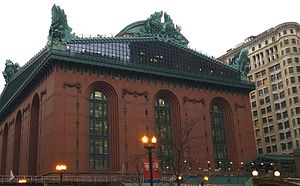 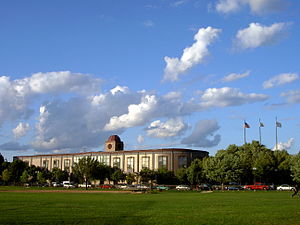 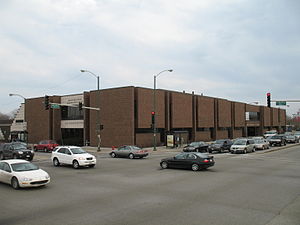 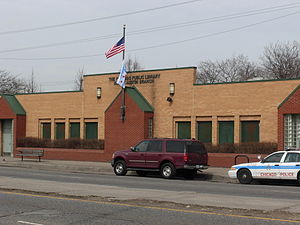 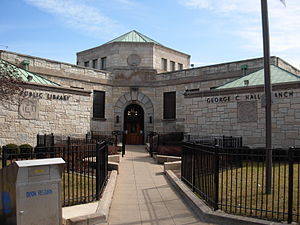 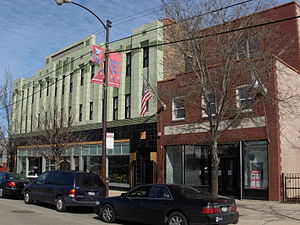 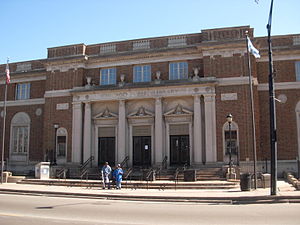 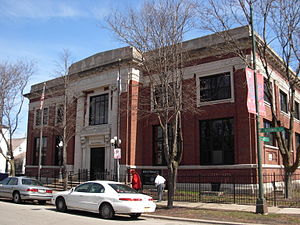