Christopher John Bryant (born 11 January 1962) is a British Labour Party politician who has been the Member of Parliament (MP) for Rhondda since 2001 and the Shadow Leader of the House of Commons since 2015. He was previously the Shadow Minister for the Arts, Minister of State for Europe, Deputy Leader of the House of Commons and Shadow Secretary of State for Culture, Media and Sport.

Bryant previously worked as an Anglican priest, as well as having roles at the BBC and Common Purpose. 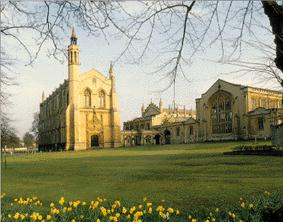 Chris Bryant was born in Cardiff to a Scottish mother and a Welsh father. Bryant grew up in Cardiff, Wales (where his father worked for five years)[1][2] and Cheltenham.[3] He was educated at Cheltenham College, an independent school for boys in the spa town of Cheltenham in Gloucestershire, where he was captain of the school swimming team, and Mansfield College at the University of Oxford. He graduated in 1983 with a Bachelor of Arts (BA) degree in English. This was later promoted to a Master of Arts degree (MA (Oxon)), as per tradition.

After completing his first degree, Bryant began his training to be a priest in the Church of England at Ripon College Cuddesdon in Oxfordshire. There, he obtained a further degree in theology. Although initially a member of the Conservative Party, and an elected office-holder in the Oxford University Conservative Association, he joined the Labour Party in 1986 after leaving Oxford.

He was ordained deacon in 1986 and priest in 1987. He served as a Curate at the Church of All Saints, High Wycombe from 1986 to 1989 and then as a Youth Chaplain in Peterborough, as well as travelling in Latin America.[2]

In 1991 Bryant left the ordained ministry, after deciding that being gay and being a priest were incompatible. Statements made by Richard Harries, the then-Bishop of Oxford also influenced his decision.[2]

After leaving the priesthood in 1991, Bryant made a radical career move and began work as the election agent to the Holborn and St Pancras Constituency Labour Party, where he helped Frank Dobson hold his seat in the 1992 general election. From 1993 he was Local Government officer for the Labour Party; he lived in Hackney and was elected to Hackney Borough Council in 1993, serving until 1998. He became Chairman of the Christian Socialist Movement.[2] He is also a member of the Labour Friends of Israel group as well as the Labour Friends of Palestine & the Middle East.[4] From 1994 to 1996 he was London manager of the charity Common Purpose.[5]

In 1996 he became a full-time author, writing biographies of Stafford Cripps and Glenda Jackson. He was Labour candidate for Wycombe in the 1997 general election (where he lost by 2,370 votes), and Head of European Affairs for the BBC from 1998.[5] His selection for the very safe Labour seat of Rhondda in South Wales in 2000 surprised many people given Bryant's background – gay, a former Anglican vicar, and someone who had been a Conservative as a student. He says of his surprise selection "I fell off the chair, and my opponents certainly did". Fifty-two people applied for the candidature and a local councillor was hot favourite to win.[2] He retained the seat comfortably with a 16,047 majority, one of the biggest in the country.

From 2004 until 2007, Bryant was chairman of the Labour Movement for Europe, succeeded by Mary Creagh MP. Bryant is a signatory of the Henry Jackson Society principles.

On 5 September 2006 he and Siôn Simon co-ordinated a prominent letter which was signed by 15 Labour backbenchers calling for Tony Blair's immediate resignation.[6]

Following the defeat of the Labour government at the General Election of 2010, Bryant returned to the back benches. He stood as one of 49 candidates for election to the 19 places in the Shadow Cabinet in the internal Labour Party poll of October 2010. He polled 77 votes, reaching 29th position on the list. He has held various opposition portfolios since 2010 and since 3 December 2014 has been shadow Arts Minister.[8]

Bryant won the Stonewall Politician of the Year Award in 2011 for his work to support equality for lesbian, gay and bisexual people.[9] He was given a score of 100% in favour of lesbian, gay and bisexual equality by Stonewall.[10] On 5 February 2013 he voted in favour in the House of Commons Second Reading vote on same sex marriage in Britain.[11]

In September 2015, following Jeremy Corbyn's victory in the Labour Party leadership election, Bryant was appointed Shadow Leader of the House of Commons.

Bryant claimed over £92,000 in expenses over the five years leading up to the 2009 scandal over MPs' expenses. During that time he flipped his second-home expenses twice, claimed mortgage interest expenses that started at £7,800 per year before rising (after flipping) to £12,000 per year. He also claimed £6,400 in stamp duty and other fees on his most recent purchase, and £6,000 per year in service charges. Chris Bryant changed second home twice to claim £20,000: MPs' expenses

In October 2010, Bryant described the coalition government's housing benefit reforms as poorer people "being socially engineered and sociologically cleansed out of London". The use of the term "cleansing" was criticised by members of the coalition, including deputy prime minister Nick Clegg, who called Bryant's comment "offensive to people who had witnessed ethnic cleansing in other parts of the world".[12]

In January 2015 Bryant suggested that too many successful artists such as "James Blunt and their ilk" had been educated at private schools, and that he wanted to see more encouragement for the arts for people from a variety of backgrounds, even though Bryant himself attended a private school. Blunt said that Bryant was a "narrow-minded 'classist gimp' who was motivated by the 'politics of jealousy'", Bryant responded by claiming that Blunt should not be so "so blooming precious" and that he was not "knocking [his] success" but attempting to draw attention to the lack of diversity in the arts.[13]

Bryant is openly gay, and entered into a civil partnership with Jared Cranney on 27 March 2010. The ceremony was the first civil partnership ever held in the Houses of Parliament.[2] Bryant lives in Porth in the Rhondda Fach.[3] On 25 September 2006, The Guardian newspaper ran four spoof diary articles called "Chris Bryant's Manchester Diary". The newspaper later printed a clarification to confirm that these were parodies, and were not written by Bryant.[14]

He was ridiculed by the press in 2003 when he was discovered to have sought anonymous sexual encounters and posted a picture of himself posed wearing only underpants on a gay dating site, Gaydar, whilst an MP.[15][16][17][18] Bryant later reflected upon his photograph scandal, saying, "It was a wound but it's a rather charming scar now. I had a period when I barely slept and it was horrible, but I'm very lucky in having a supportive set of friends – MP friends and others – and they looked after me." At the time, the media predicted that he would not survive, and there was much talk of his possible deselection.[2] In 2013, he reflected on the incident saying that the whole affair actually boosted his majority as an MP.[19]

Phone hacking scandal at the News of the World

On 11 March 2003, as part of an Enquiry into Privacy and Press Intrusion by the Commons Select Committee on Culture, Media and Sport, he asked Rebekah Wade (now Brooks) whether she had ever paid police officers for information. Seated beside Andy Coulson, the editor of the News of the World, she said 'yes'. Bryant had his phone hacked later that year by the News of the World, a fact which became known to the Metropolitan Police when they seized material from the private investigator Glenn Mulcaire. Bryant sought judicial review of the Metropolitan Police along with John Prescott and Brian Paddick, in an attempt to force them to contact all the victims of the News of the World's phone hacking. The Metropolitan Police accepted their liability and he won damages from News International in 2012.

Bryant called for and led the parliamentary debates on referring the phone hacking scandal to the Committee on Standards and Privileges on 9 September 2010, and the Emergency Debate on whether there should be a judge led enquiry on 6 July 2011 which led to the setting up of the Leveson Enquiry.

In 2011 in the House of Commons, he criticised Prince Andrew, Duke of York for a number of alleged indiscretions.[20]