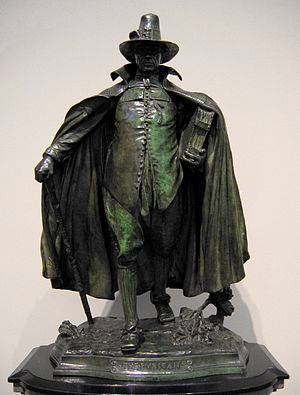 Christmas celebrations in New England were illegal during part of the 17th century, and were culturally taboo or rare in Puritan colonies from foundation until the 1850s. The Puritan community found no Scriptural justification for celebrating Christmas, and associated such celebrations with paganism and idolatry. The earliest years of the Plymouth Colony were troubled with non-Puritans attempting to make merry, and Governor William Bradford was forced to reprimand offenders. English laws suppressing the holiday were enacted in the Interregnum, but repealed late in the 17th century. However, the Puritan view of Christmas and its celebration had gained cultural ascendancy in New England, and Christmas celebrations continued to be discouraged despite being legal. When Christmas became a Federal holiday in 1870, the Puritan view was relaxed and late 19-century Americans fashioned the day into the Christmas of commercialism, spirituality, and nostalgia that most Americans recognize today.

The Puritan view of Christmas

In Puritans at Play (1995), Bruce Colin Daniels writes "Christmas occupied a special place in the ideological religious warfare of Reformation Europe." Most Anabaptists, Quakers, and Congregational and Presbyterian Puritans, he observes, regarded the day as an abomination while Anglicans, Lutherans, the Dutch Reformed and other denominations celebrated the day as did Roman Catholics. When the Church of England promoted the Feast of the Nativity as a major religious holiday, the Puritans attacked it as "residual Papist idolatry".[1] 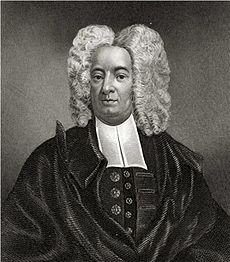 Puritans heaped contempt on Christmas, Daniels writes, calling it 'Foolstide' and suppressing any attempts to celebrate it for several reasons. First, no holy days except the Sabbath were sanctioned in Scripture, second, the most egregious behaviors were exercised in its celebration (Cotton Mather railed against these behaviors), and third, December 25 was ahistorical. The Puritan argued that the selection of the date was an early Christian hijacking of a Roman festival, and to celebrate a December Christmas was to defile oneself by paying homage to a pagan custom.[1] James Howard Barnett notes in The American Christmas (1984) that the Puritan view prevailed in New England for almost two centuries.[2]

In his award-winning book Creating the Commonwealth (1995) historian Stephen Innes writes that the Puritan calendar was one of the most leisure-less ever adopted by mankind with approximately 300 working days compared to the 240 typical of cultures from Ancient Rome to modern America. Days of rest in the New England calendar were few, Innes writes, and restricted to Sabbath, election day, Harvard commencement day, and periodic days of thanksgiving and humiliation. Non-Puritans in New England deplored the loss of the holidays enjoyed by the laboring classes in England.[3] 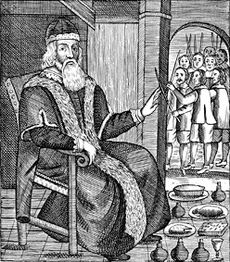 The Examination and Tryal of Father Christmas (1686)

A year later on December 25, 1621, Governor William Bradford led a work detail into the forest and discovered some recent arrivals among the crew had scruples about working on the day.[1][3] Bradford noted in his history of the colony, Of Plymouth Plantation:

"On the day called Christmas Day, the Governor called [the settlers] out to work as was usual. However, the most of this new company excused themselves and said it went against their consciences to work on that day. So the Governor told them that if they made it [a] matter of conscience, he would spare them till they were better informed; so he led away the rest and left them."[5]

When the Governor and his crew returned home at noon they discovered those left behind playing stool-ball, pitching the bar, and pursuing other sports.[4] Bradford confiscated their implements, reprimanded them, forbade any further reveling in the streets, and told them their devotion for the day should be confined to their homes.[1]

Massachusetts and Connecticut followed the Plymouth colony in refusing to condone any observance of the day.[1] When the Puritans came to power in England following the execution of King Charles I, Parliament enacted a law in 1647 abolishing the observance of Christmas, Easter, and Whitsuntide.[1][4] The Puritans of New England then passed a series of laws making any observance of Christmas illegal,[6] thus banning Christmas celebrations for part of the 17th century. A Massachusetts law of 1659 punished offenders with a hefty five shilling fine.[4][6] 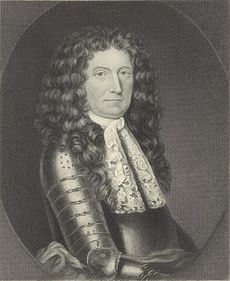 Laws suppressing the celebration of Christmas were repealed in 1681,[4] but staunch Puritans continued to regard the day as an abomination.[6] Eighteenth century New Englanders viewed Christmas as the representation of royal officialdom, external interference in local affairs, dissolute behavior, and an impediment to their holy mission.

During Anglican Governor Sir Edmund Andros tenure (December 20, 1686 – April 18, 1689), for example, the royal government closed Boston shops on Christmas Day and drove the schoolmaster out of town for a forced holiday. Following Andros' overthrow, however, the Puritan view reasserted itself and shops remained open for business as usual on Christmas with goods such as hay and wood being brought into Boston as on any other work day.[7]

With such an onus placed upon Christmas, non-Puritans in colonial New England made no attempt to celebrate the day. Many spent the day quietly at home. In 1771, Anna Winslow, an American schoolgirl visiting Boston noted in her diary, "I kept Christmas at home this year, and did a good day's work."[6]

Although Christmas celebrations were legal after 1680, New England officials continued to frown upon gift giving and reveling. Evergreen decoration, associated with pagan custom, was expressly forbidden in Puritan meeting houses and discouraged in the New England home.[8] Merrymakers were prosecuted for disturbing the peace. The Puritan view was tenacious. As late as 1870, classes were scheduled in Boston public schools on Christmas Day and punishments were doled out to children who chose to stay home beneath the Christmas tree.[8][9] One commentator hinted that the Puritans viewed Santa Claus as the Anti-Christ.[10]

In the aftermath of the American Civil War, Christmas became the festival highpoint of the American calendar. The day became a Federal holiday in 1870 under President Ulysses S. Grant in an attempt to unite north and south. The Puritan hostility to Christmas was gradually relaxed. In the late 19th century, authors praised the holiday for its liberality, family togetherness, and joyful observance.[8] In 1887, for example, St. Nicholas Magazine published a story about a sickly Puritan boy of 1635 being restored to health when his mother brings him a bough of Christmas greenery.[8]

One commentator suggested the Puritans had actually done the day a service in reviling the gaming, dissipation, and sporting in its observation.[10] When the day's less pleasant associations were stripped away, Americans recreated the day according to their tastes and times. The doctrines that caused the Puritans to regard the day with disapprobation were modified and the day was rescued from its traditional excesses of behavior. Christmas was reshaped in late 19th century America with liberal Protestantism and spirituality, commercialism, artisanship, nostalgia, and hope becoming the day's distinguishing characteristics.[11]