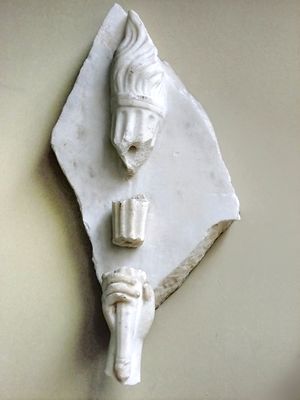 Many contemporary states have a constitution, a bill of rights, or similar constitutional documents that enumerate and seek to guarantee civil liberties. Other states have enacted similar laws through a variety of legal means, including signing and ratifying or otherwise giving effect to key conventions such as the European Convention on Human Rights and the International Covenant on Civil and Political Rights. The existence of some claimed civil liberties is a matter of dispute, as are the extent of most civil rights. Controversial examples include property rights, reproductive rights, and civil marriage. Whether the existence of victimless crimes infringes upon civil liberties is a matter of dispute. Another matter of debate is the suspension or alteration of certain civil liberties in times of war or state of emergency, including whether and to what extent this should occur.

The formal concept of civil liberties dates back to the English legal charter Magna Carta, which in turn was based on pre-existing documents namely the Charter of Liberties. Sealed in 1215, Magna Carta is a landmark document in English legal history and constitutional history.

In practice, democracy is a necessary precondition for the full protection of civil liberties. In reality, civil liberties today are never fully protected in non-democratic countries.

Main article: Civil liberties in the People's Republic of China

The Constitution of People's Republic of China (which applies only to mainland China, not to Hong Kong, Macau and Taiwan), especially its Fundamental Rights and Duties of Citizens, claims to protect many civil liberties. Taiwan , which is seperated from China , has it own Constitution . 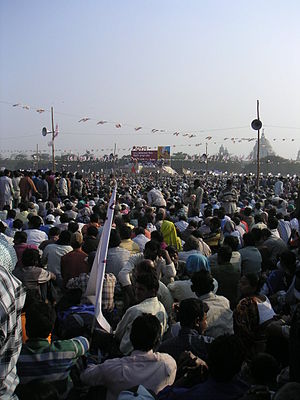 Huge rallies like this one in Kolkata are commonplace in India.

These include individual rights common to most liberal democracies, incorporated in the fundamental law of the land and are enforceable in a court of law. Violations of these rights result in punishments as prescribed in the Indian Penal Code, subject to discretion of the judiciary. These rights are neither absolute nor immune from constitutional amendments. They have been aimed at overturning the inequalities of pre-independence social practices. Specifically, they resulted in abolishment of un-touchability and prohibit discrimination on the grounds of religion, race, caste, sex, or place of birth. They forbid human trafficking and unfree labour. They protect cultural and educational rights of ethnic and religious minorities by allowing them to preserve their languages and administer their own educational institutions.

All people, irrespective of race, religion, caste or sex, have the right to approach the High Courts or the Supreme Court for the enforcement of their fundamental rights. It is not necessary that the aggrieved party has to be the one to do so. In public interest, anyone can initiate litigation in the court on their behalf. This is known as "Public interest litigation".[2] High Court and Supreme Court judges can also act on their own on the basis of media reports.

The Fundamental Rights emphasize equality by guaranteeing to all citizens the access and use of public institutions and protections, irrespective of their background. The rights to life and personal liberty apply for persons of any nationality, while others, such as the freedom of speech and expression are applicable only to the citizens of India (including non-resident Indian citizens).[3] The right to equality in matters of public employment cannot be conferred to overseas citizens of India.[4]

Fundamental Rights primarily protect individuals from any arbitrary State actions, but some rights are enforceable against private individuals too.[5] For instance, the constitution abolishes untouchability and prohibits begar. These provisions act as a check both on State action and actions of private individuals. Fundamental Rights are not absolute and are subject to reasonable restrictions as necessary for the protection of national interest. In the Kesavananda Bharati vs. state of Kerala case, the Supreme Court ruled that all provisions of the constitution, including Fundamental Rights can be amended.[6] However, the Parliament cannot alter the basic structure of the constitution like secularism, democracy, federalism, separation of powers. Often called the "Basic structure doctrine", this decision is widely regarded as an important part of Indian history. In the 1978 Maneka Gandhi v. Union of India case, the Supreme Court extended the doctrine's importance as superior to any parliamentary legislation.According to the verdict, no act of parliament can be considered a law if it violated the basic structure of the constitution. This landmark guarantee of Fundamental Rights was regarded as a unique example of judicial independence in preserving the sanctity of Fundamental Rights. The Fundamental Rights can only be altered by a constitutional amendment, hence their inclusion is a check not only on the executive branch, but also on the Parliament and state legislatures.[7] The imposition of a state of emergency may lead to a temporary suspension of the rights conferred by Article 19 (including freedoms of speech, assembly and movement, etc.) to preserve national security and public order. The President can, by order, suspend the constitutional written remedies as well.

Although Australia does not have an enshrined Bill of Rights or similar binding legal document, civil liberties are assumed as protected through a series of rules and conventions. Australia was a key player and signatory to the UN Universal Declaration on Human Rights (1948)

The Constitution of Australia (1900) does offer very limited protection of rights:

Within the past decade Australia has experienced increasing contention regarding its treatment of those seeking asylum. Although Australia is a signatory to the UN Refugee Convention (1951), successive governments have demonstrated an increasing tightening of borders; particularly against those who seek passage via small water vessels.

The Abbott Government (2013) like its predecessors (the Gillard and Howard Governments) has encountered particular difficulty curbing asylum seekers via sea, increasingly identified as "illegal immigration". The recent involvement of the Australian Navy in refugee rescue operations has many human rights groups such as Amnesty International concerned over the "militarisation" of treatment of refugees. The current "turn-back" policy is particularly divisive, as it involves placing refugees in government lifeboats and turning them towards Indonesia. Despite opposition however, the Abbott government's response has so far seen a reduction in the amount of potential refugees undertaking the hazardous cross to Australia, which is argued by the government as an indicator for its policy success.

The European Convention on Human Rights, to which almost all European countries belong (apart from Belarus), enumerates a number of civil liberties and is of varying constitutional force in different European states.

France's 1789 Declaration of the Rights of Man and of the Citizen listed many civil liberties and is of constitutional force.

The German constitution, the "Grundgesetz" (lit. "Base Law"), starts with an elaborate listing of civil liberties and states in sec. 1 "The dignity of man is inviolable. To respect and protect it shall be the duty of all public authority." Following the "Austrian System", the people have the right to appeal to the Federal Constitutional Court of Germany ("Bundesverfassungsgericht") if they feel their civil rights are being violated. This procedure has shaped German law considerably over the years.

Civil liberties in the United Kingdom date back to Magna Carta in 1215 and 17th century common law and statute law, such as the 1628 Petition of Right and the Bill of Rights 1689. Parts of these laws remain in statute today and are supplemented by other legislation and conventions that collectively form the uncodified Constitution of the United Kingdom. In addition, the United Kingdom is a signatory to the European Convention on Human Rights which covers both human rights and civil liberties. The Human Rights Act 1998 incorporates the great majority of Convention rights directly into UK law.

In June 2008 the then Shadow Home Secretary David Davis resigned his parliamentary seat over what he described as the "erosion of civil liberties" by the then Labour government, and was re-elected on a civil liberties platform (although he was not opposed by candidates of other major parties). This was in reference to anti-terrorism laws and in particular the extension to pre-trial detention, that is perceived by many to be an infringement of habeas corpus established in Magna Carta.

The Constitution of Canada includes the Canadian Charter of Rights and Freedoms which guarantees many of the same rights as the U.S. constitution, with the notable exceptions of protection against establishment of religion. However, the Charter does protect freedom of religion. The Charter also omits any mention of, or protection for, property.

The United States Constitution, especially its Bill of Rights, protects civil liberties. The passage of the Fourteenth Amendment further protected civil liberties by introducing the Privileges or Immunities Clause, Due Process Clause, and Equal Protection Clause. Human rights within the United States are often called civil rights, which are those rights, privileges and immunities held by all people, in distinction to political rights, which are the rights that inhere to those who are entitled to participate in elections, as candidates or voters.[9] Before universal suffrage, this distinction was important, since many people were ineligible to vote but still were considered to have the fundamental freedoms derived from the rights to life, liberty and the pursuit of happiness. This distinction is less important now that Americans enjoy near universal suffrage, and civil liberties are now taken to include the political rights to vote and participate in elections. Because Indian tribal governments retain sovereignty over tribal members, the U.S. Congress in 1968 enacted a law that essentially applies most of the protections of the Bill of Rights to tribal members, to be enforced mainly by tribal courts.[10]

The Civil Liberties Act of 1988 was signed into effect by President Ronald Reagan on August 10, 1988. The act was passed by Congress to issue a public apology for those of Japanese ancestry who lost their property and liberty due to discriminatory actions by the United States Government during the internment period.

This act also provided many other benefits within various sectors of the government. Within the treasury it establishes a civil liberties public education fund. It directs the Attorney General to identify and locate each individual affected by this act and to pay them $20,000 from the civil liberties public education fund. It also established a board of directors who is responsible for making disbursements from this fund. Finally, it requires that all documents and records that are created or received by the commission be kept in the United States archives.[11]