From Infogalactic: the planetary knowledge core
Jump to: navigation, search
This article is about the hobby. For other uses of the general concept, see Collection (disambiguation).

The hobby of collecting includes seeking, locating, acquiring, organizing, cataloging, displaying, storing, and maintaining whatever items are of interest to the individual collector. The scope of collecting is unlimited: "If something exists, somebody somewhere collects them."[citation needed]

The most obvious way to categorise collections is by the type of objects collected. Most collections are of manufactured commercial items, but natural objects such as birds' eggs, butterflies, rocks, and seashells can also be the subject of a collection. Among collections of manufactured items, the objects may be antique, or simply collectible. Antiques are collectible items at least 100 years old, while collectibles can be arbitrarily recent. Collectors and dealers may use the word vintage to describe older collectibles. Items which were once everyday objects but may now be collectible since almost all those once produced have been destroyed or discarded are called Ephemera. Philately, phillumeny, and deltiology (collecting postage stamps, matchboxes and postcards) are forms of collecting which can be undertaken at minimal expense.

Some collectors are generalists with very broad criteria for inclusion, while others focus on a subtopic within their area of interest. Some collectors accumulate arbitrarily many objects that meet the thematic and quality requirements of their collection, others — called completists — aim to acquire all items in a well-defined set that can in principle be completed, and others seek a limited number of items per category (e.g. one representative item per year of manufacture or place of purchase). The monetary value of objects is important to some collectors but irrelevant to others. Some collectors maintain objects in pristine condition, while others use the items they collect, and still others collect items that once belonged to famous people.

Collecting is for some people a childhood hobby, but for others a lifelong pursuit or one that begins in adulthood. Collectors who begin early in life often modify their aims when they get older. Some novice collectors start purchasing items that appeal to them then slowly work at learning how to build a collection, while others prefer to develop some background in the field before starting to buy items.

The emergence of the internet as a global forum for different collectors has resulted in many isolated enthusiasts finding each other. 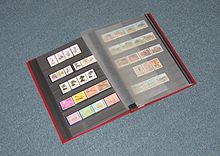 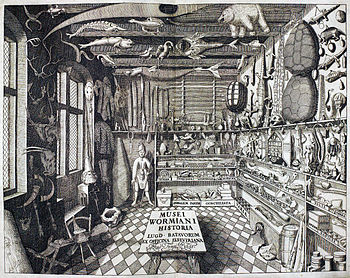 Collecting is a practice with a very old cultural history. The Egyptian Ptolemaic dynasty collected books from all over the known world at the Library of Alexandria. The Medici family, in Renaissance Florence, made the first effort to collect art by private patronage, this way artists could be free for the first time from the money given by the Church and Kings; this citizenship tradition continues today with the work of private art collectors. Many of the world's popular museums—from the Metropolitan in New York City to the Thyssen in Madrid or the Franz Mayer in Mexico City—have collections formed by the generous collectors that donated them to be seen by the general public.

The collecting hobby is a modern descendant of the "cabinet of curiosities" which was common among scholars with the means and opportunities to acquire unusual items from the 16th century onwards. Planned collecting of ephemeral publications goes back at least to George Thomason in the reign of Charles I and Samuel Pepys in that of Charles II. Collecting engravings and other prints by those whose means did not allow them to buy original works of art also goes back many centuries. The progress in 18th-century Paris of collecting both works of art and of curiosité, dimly echoed in the English curios, and the origins in Paris, Amsterdam and London of the modern art market have been increasingly well documented and studied since the mid-19th century.[1]

The involvement of larger numbers of people in collecting activities comes with the prosperity and increased leisure for some in the later 19th century in industrial countries. That is when collecting such items as antique china, furniture and decorative items from oriental countries becomes established. 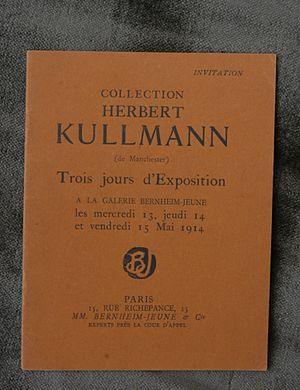 The retail price of a collectible is valid only at the moment it was purchased. Once the collectible comes into the buyer’s possession, its value is linked to what is called the secondary market. There is no secondary market for an item unless someone is willing to buy it, and an object's value is whatever the buyer is willing to pay for it. Depending on various factors, individuals, auctioneers, and secondary retailers may sell a collectible for more, the same, or less than what they originally paid for it. These factors include, but are not limited to, condition, age, supply, and demand. A price guide is a resource such as a book or website that lists typical selling prices. The first price guide was the Stanley Gibbons catalogue issued in November 1865.

Items sold in limited editions may be limited by an announced quantity, or by a particular period of production for items that are not mass-produced, often one year. In either case, items may or may not be numbered. 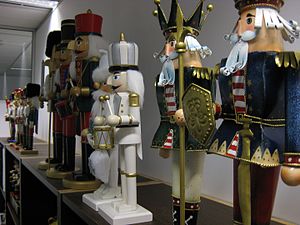 A collection of Nutcrackers

The term antique generally refers to items made over 100 years ago. In some fields, such as antique cars, the time frame is less stringent-—25 years or so being considered enough time to make a car a "classic" if not an antique. Traditionally in the area of furniture, the 1830s was regarded as the limit for antique furniture. However Victorian, Arts and Crafts, and some types of 20th century furniture can all be regarded as collectible.

In general, then, items of significance, beauty, values or interest that are "too young" to be considered antiques, fall into the realm of collectibles. But not all collectibles are limited editions, and many of them have been around for decades: for example, the popular turn-of-the-century posters, Art Deco and Art Nouveau items, Carnival and Depression era glass, etc. In addition, there exists the "contemporary collectibles" category, featuring items like plates, figurines, bells, graphics, steins, and dolls.

The 1960s through the early 1990s were major years for the manufacturing of contemporary collectibles. While some individuals purchased contemporary collectibles to enjoy and use, many purchased them as investments. Speculative secondary markets developed for many of these pieces. Because so many people bought for investment purposes, duplicates are common. And although many collectibles were labeled as "limited editions," the actual number of items produced was very large. The result of this is that there is very little demand for many (but not all) items produced during this time period, which means their secondary market values are often low.

Psychological factors can play a role in both the motivation for keeping a collection and the impact it has on the collector's life. These factors can be positive or negative.

The hobby of collecting often goes hand-in-hand with an interest in the objects collected and what they represent, for example collecting postcards may reflect an interest in different places and cultures. For this reason, collecting can have educational benefits, and some collectors even become experts in their field.

Collecting for most people is a choice, but for some it can be a compulsion, sharing characteristics with obsessive hoarding. When collecting is passed between generations, it might sometimes be that children have inherited symptoms of obsessive-compulsive disorder. Collecting can sometimes reflect a fear of scarcity, or of discarding something then later regretting it. Certain patterns of collection are common among people who have lived through poverty or war.[citation needed]

Maintaining a collection can be a relaxing activity that counteracts the stress of life, while providing a purposeful pursuit which prevents boredom. The hobby can lead to social connections between people with similar interests. On the other hand, collecting can also be a means of withdrawing from the world and avoiding human contact.

It has been speculated that the widespread appeal of collecting is connected to the hunting and gathering that was once necessary for human survival. For some people, collecting things may be a symbolic way of asserting power over them.