The Pontifical Gregorian University (Italian: Pontificia Università Gregoriana; also known as the Gregorianum, or the PUG, or Greg) is a pontifical university located in Rome, Italy. It was originally a part of the Roman College founded in 1551 by Saint Ignatius of Loyola.[1] The Collegio included all grades of schooling, and it is its university division of philosophy and theology that was given Papal approval in 1556 that made it the first university founded by the Society of Jesus (Jesuits). In 1584 the university was given a grandiose home by Pope Gregory XIII, after whom it was renamed.[2] Only the theology and philosophy departments survived the political turmoil in Italy after 1870. Its international faculty serves around 3800 students from over 150 countries.

Saint Ignatius of Loyola, the founder of the Society of Jesus, established a "School of Grammar, Humanity, and Christian Doctrine" on 18 February 1551 in a house at the base of the Capitoline Hill.[3] Saint Francis Borgia, the vice-king of Catalonia who became a Jesuit himself, provided financial patronage. With a small library connected to it, this school was called the Collegio Romano (Roman College). Within the first year, the site was transferred to a larger facility behind the church of San Stefano del Cacco due to the large number of students seeking enrollment. After only two years of existence, the Roman College already counted 250 alumni. 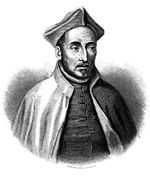 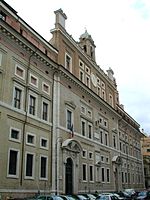 In January 1556, Pope Paul IV authorized the College to confer academic degrees in theology and philosophy, thereby raising the school to the rank of university. During the following two decades, due again to an increased number of students, the university changed its location twice. During this period, a chair in moral philosophy was added, and a chair in Arabic was added to the already existing chairs in Latin, Greek, and Hebrew. With the university counting more than a thousand pupils at this point, Pope Gregory XIII wished to give it a more suitable headquarters. Two blocks near the Via del Corso were expropriated, and the architect Bartolomeo Ammannati was commissioned to design a grand new edifice for the institute. The new building was inaugurated in 1584, in what became known as the Piazza Collegio Romano, across from the Palazzo Doria Pamphilj. For his sponsorship of the Roman College, Gregory XIII became known as its "founder and father", and from that point the school acquired the title of the "Gregorian University".

The university in its new space was able to augment the number of disciplines that were taught. New chairs of Church history and liturgy were added. At this time, the university also attained great prestige in the fields of mathematics, physics, and astronomy. The "Gregorian calendar", so called since it was established by Gregory XIII, and currently in use the world over, was developed by the Jesuit Christopher Clavius, a professor of the university at the time. The illustrious Jesuit mathematician, physicist, and inventor Athanasius Kircher also taught at the university during this period. Not long after the new quarters were opened, the student body increased to over two thousand. The university chapel, too small for so many students, was rebuilt as the Church of Sant'Ignazio between 1626 and 1650, becoming one of the major Baroque churches of the area.

In 1773, following the suppression of the Society of Jesus, the university was given over to diocesan clergy of Rome. It was reverted to the Jesuits on 17 May 1824 by Pope Leo XII, after the refoundation of their order. 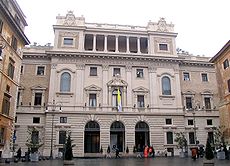 Following the takeover of Rome by the revolutionary army of the new Kingdom of Italy in 1870, the new Italian government confiscated the property of the university and their building, that became the Ennio Quirino Visconti Liceo Ginnasio, which forced the university to transfer, this time to the Palazzo Gabrielli-Borromeo on the Via del Seminario. It was at this point that Pope Pius IX permitted the school to assume the title of "Pontifical University". With the difficult situation after Rome's takeover, the academic endeavors of the university were dramatically affected. Due to a lack of space, the university had to drop all faculties except for theology and philosophy. The number of students had dropped dramatically as well because of the dislocation, so that in 1875 no more than 250 students were numbered. However, the university was able to gradually build itself up again. In 1876, the Faculty of Canon Law was transferred from the University of Rome La Sapienza to the Gregorian, and the university was gradually able to resume the teaching of many disciplines.

After World War I, Pope Benedict XV and later Pope Pius XI worked to create a new site for the university that would be better suited to its needs, since it was still operating out of the Palazzo Gabrielli-Borromeo. Pope Benedict was able to acquire an area at the base of Quirinal Hill, adjacent to another school under the Jesuits, the Pontifical Biblical Institute or Biblicum, which had been founded in 1909.[4] Benedict's successor, Pope Pius XI, laid the first stone of the new seat of the university on 27 December 1924. Designed by the architect Giulio Barluzzi in the neoclassical style, the new edifice was completed by 1930.

After assuming its new location, the university continued to expand, both in the number of faculties and disciplines taught as well as in its geographic site. Today, the Gregorian University includes six faculties and four institutes, and is located in four palazzos in the area around Piazza della Pilotta. 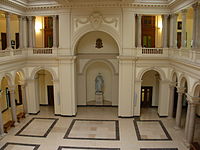 Today the university has about 3,800 students from more than 150 countries. It discontinued in the late 1960s/early 1970s the use of Latin as the principal language used by lecturers and examiners.[4] The majority of students are priests, seminarians, and members of religious orders. After the Second Vatican Council, the first women to earn doctoral degrees at the university were Sandra Schneiders, I.H.M., and Mary Milligan, R.S.H.M. Both became authorities in New Testament Theology and Christian Spirituality. The majority of the professors are of the Jesuit order.[4] In recent years, however, there has been a higher representation of laity in both the faculty and student body; today, lay men and women represent about 30 percent of the student body.[4]

Since the Gregorian is a pontifical university, the Holy See accredits its curriculum, and its degrees have full effect in canon law. Through it also licentiates in philosophy and theology are conferred by some Jesuit colleges worldwide, entitling recipients to teach in seminaries. 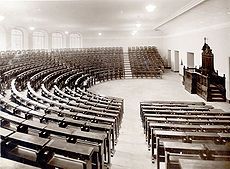 The university maintains faculties in theology, canon law, philosophy, history and cultural patrimony of the Church, missiology, and social sciences. In addition, it has institutes of spirituality and psychology. Other programs of study include Jewish studies,[5] formation for Formators for the Priesthood and Consecrated life, Ignatian spirituality,[6] dialogue between faith and culture, interreligious studies.

The three libraries of the Gregorian Consortium have nearly 1.2 million volumes,[4] particularly noteworthy in areas of theology, philosophy, culture, and literature. The library was founded together with the Roman College by Ignatius Loyola. In 1872, however, the library's 45,000 volumes, manuscripts, and archives were confiscated by the new Italian state; they were dispersed and partially expropriated by the Vittorio Emanuele II National Library of Rome.

Since 1928, the library has been located on the university's new campus. The majority of the library's collection—820,000 volumes—is housed in a six-floor tower adjacent to the Palazzo Centrale. An additional 60,000 volumes are housed in any of the six reading rooms, which together can accommodate seats for up to 400 students.

The library's reserve contains many ancient and precious books, as well as many rare editions, including eighty books from the 16th century.

This publishing house does printing and publishing services for the Greg and Biblical Institute.[7] Since 2010 it has offered magazine subscriptions and book purchases online, including 6 different languages. Publications include:

According to article 16 of the Lateran Treaty, a 1929 agreement between the Italian government and the Holy See, the Gregorian University enjoys a certain level of extraterritoriality. According to the treaty, Italy can never subject the university to "charges or to expropriation for reasons of public utility, save by previous agreement with the Holy See." It is also exempt from all Italian tax, and is included among those Roman buildings for which the Holy See has the right to deal "as it may deem fit, without obtaining the authorization or consent of the Italian governmental, provincial, or communal authority." 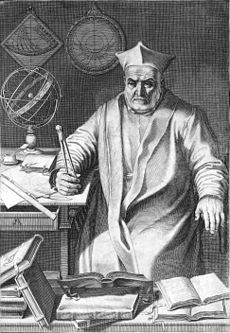 German Jesuit Christopher Clavius, the inventor of the Gregorian calendar, was an alumnus and a professor of the Roman College

Among the Gregorian's notable alumni are seventeen popes,[4] including Pope Gregory XV, Pope Urban VIII, Pope Innocent X, Pope Clement XI, Pope Leo XIII, Pope Pius XII, Pope Paul VI, and Pope John Paul I. Eight of the eleven last popes were alumni of the Gregorian.[4] Other illustrious students include seventy-two saints and beati,[4] among them Saint Robert Bellarmine, Saint Aloysius Gonzaga and Saint Maximilian Kolbe. Among its most notable professors is Joseph Ratzinger—now Pope Emeritus Benedict XVI—who was a visiting professor in the Faculty of Theology from 1972 to 1973.[4]

Other famous alumni and professors include the following: 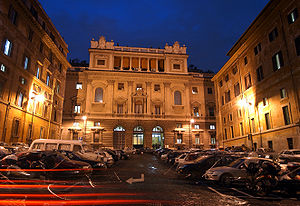 The vast majority of the Church's leading experts hail from the Gregorian; one-third of the current College of Cardinals studied there at one time or another, and more than 900 bishops worldwide are among its 12,000 living alumni.[4]