The Colorado Republican Party follows many of the traditional views of the Republican Party and prides itself in applying the U.S. Constitution to the state of Colorado. The party believes in the right to life, including unborn babies. They believe in personal responsibility thus, government should have a limited role in people's lives. This includes reducing the size of the government, reducing taxes, regulation and government spending. They support any private and public initiatives to expand the private sector to create jobs. Colorado Republicans support a strong national defense as well as, strengthening border security to prevent illegal immigration. On the issue of health care, the party believes that the people should have the right to choose their own healthcare and should not be forced to have healthcare. The party also supports the Second Amendment right of individuals to keep and bear arms. They support the proof of citizenship when registering to vote by requiring that a photo identification from a U.S., State, or local government source be presented to be allowed to vote. The party also believes in local, state, and federal policies to develop alternative energy solutions to reduce American dependence on foreign energy. In education the party supports the parents rights to choose the education for their children as well as abolishing the federal Department of Education and having education control returned to the states.[1][2]

A proposal to prevent Republican delegates from voting for 2016 Republican presidential candidate Donald Trump was written in March of 2016 by aerospace engineer Robert Zubrin.[3] The group named "Colorado Republicans for Liberty" passed out fliers of Zubrin's resolution at the state's convention. Delegate #379 (a Trump delegate) was replaced on the ballot with a duplicate of delegate #378 (a Ted Cruz delegate). Delegate #379 was Jerome Parks, a Trump alternate delegate.[4] Larry Wayne Lindsey, a state delegate, claims he was removed from the ballot without knowing until shortly before the convention started. He claims that he was removed from the ballot because he support's Trump's presidential campaign.[5] The Colorado Republican Party's Twitter account posted a message saying "We did it #NeverTrump" after presidential candidate Ted Cruz received all 34 delegates at the state's convention in April. The party claims its Twitter account was hacked and claims to be investigating how the message was posted.[6][7] Cruz claimed that Trump complained because the delegates did not vote for Trump,[8] when in fact evidence exists of removing delegates from the ballot for supporting Trump.[5] In May of 2015, The Colorado Senate defeated an initiative to hold a presidential primary in 2016. State senators Laura J. Woods, Kevin Grantham, Kent Lambert, and Jerry Sonnenberg voted to defeat the bill.[9] Coincidentally, Sonnenberg, Grantham, Lambert, and Woods are members of the "Colorado Leadership Team" for Ted Cruz.[10] Colorado Secretary of State Wayne Williams and Congressman Ken Buck are also members of the Ted Cruz "Colorado Leadership Team".[10] In August of 2015, the party decided not to hold a preference poll for voters to express their preferred candidate.[11] 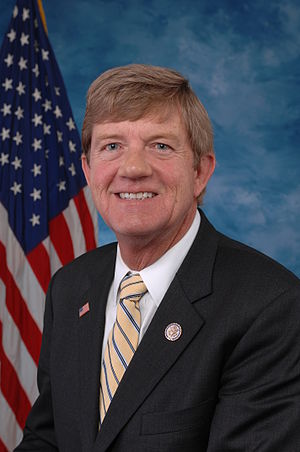