Company of Watermen and Lightermen 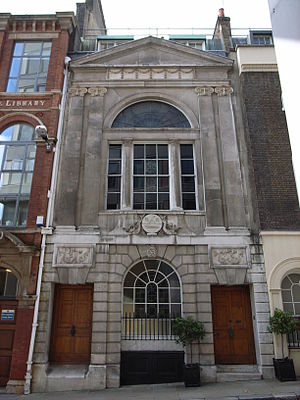 The Company of Watermen and Lightermen (CWL) is a City Guild without Grant of Livery whom historically licensed Thames Watermen (now licensed by the Maritime and Coastguard Agency).

Watermen are river workers who transfer passengers across and along city centre rivers and estuaries in Britain and its former colonies. Most notable are those on the River Thames and River Medway, but other rivers such as the River Tyne and River Dee, Wales also had their watermen who formed guilds in medieval times.

Lightermen were workers who transferred goods between ships and quays, aboard flat-bottomed barges called lighters in the Port of London.

Its ancient apprenticeship index[1] is a unique resource to genealogical research however despite its medieval guild roots it is an active lobbying force today. Working alongside The Passenger Boat Association, it consults and negotiates with national and local government and its agencies on behalf of its members. In 2003 funds were made available via CWL using government grants, to assist apprentices from the riverside east London boroughs of Tower Hamlets and Newham. The Doggett's Coat and Badge, which was first raced in 1715, is the oldest continuously run river race and is now claimed to be the oldest continually staged annual sporting event in the world.[2]

In 1975 a charity called Transport On Water (TOW) was founded by watermen and lightermen and people in public life. It aims to maintain the Thames and other waterways, including the river Medway, as working rivers. TOW has organised The Thames Barge Driving Race which has taken place annually in June, since 1974.