From Infogalactic: the planetary knowledge core
Jump to: navigation, search
This article is about composers of music. For other uses, see Composer (disambiguation). 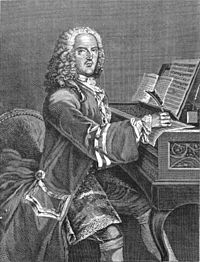 A composer (Latin com+ponere, literally "one who puts together") is a person who creates music. The core meaning of the term refers to individuals who have contributed to the tradition of Western classical music through creation of works expressed in written musical notation. In broader usage, "composer" can designate people who participate in other musical traditions, as well as those who create music by means other than written notation: for example, through improvisation, recording, and arrangement. In popular music genres, musicians who create new songs are typically called songwriters.

Since musical notation only incompletely expresses the form of music, there is a whole continuum of possibilities concerning how much the performer determines the final form of the rendered work. Even in a classical piece of instrumental music in which all of the melodies, chords, and basslines are written out in musical notation, the performer has a good degree of latitude to add artistic interpretation to the work by varying her articulation and phrasing, choosing how long to make fermatas (held notes) or pauses, and — in the case of bowed string instruments, woodwinds or brass instruments — deciding whether to use expressive effects such as vibrato or portamento. Music composed in the Baroque era, particularly in slow tempos, often was written in bare outline, with the expectation that the performer would add improvised ornaments to the melody line during a performance. Such freedom diminished in later eras, reflected in the increased use by composers of detailed notation, including marks of expression telling the performer more precisely how the work should be executed. A culture eventually developed whereby faithfulness to the composer's written intention came to be highly valued (see, for example, Urtext edition). This musical culture is almost certainly related to the high esteem (bordering on veneration) in which the leading classical composers are often held by performers.

The historically informed performance movement has revived to some extent the possibility of the performer elaborating in a serious way the music as given in the score, particularly for Baroque music and music from the early Classical period. The movement might be considered a way of creating greater faithfulness to the original in works composed at a time that expected performers to improvise. In genres other than classical music, the performer generally has more freedom; thus for instance when a performer of Western popular music creates a "cover" of an earlier song, there is little expectation of exact rendition of the original; nor is exact faithfulness highly valued (with the possible exception of "note-for-note" transcriptions of famous guitar solos).

The level of distinction between composers and other musicians varies, which affects issues such as copyright[specify] and the deference given to individual interpretations of a particular piece of music.[citation needed] In the development of European classical music, the function of composing music initially did not have much greater importance than that of performing it.[citation needed] The preservation of individual compositions did not receive enormous attention and musicians generally had no qualms about modifying compositions for performance.

In as much as the role of the composer in western art music has seen continued solidification, in alternative idioms (i.e. jazz, experimental music) it has in some ways become increasingly complex or vague. For instance, in certain contexts the line between composer and performer, sound designer, arranger, producer, and other roles, can be quite blurred.

The term "composer" is often used to refer to composers of instrumental music, such as those found in classical, jazz or other forms of art and traditional music. In popular and folk music, the composer is usually called a songwriter, since the music generally takes the form of a song.

Since the mid-20th century, the term has expanded to accommodate creators of electroacoustic music, in which composers directly create sonic material in any of the various electronic media. This is distinct from instrumental composition, where the work is represented by a musical score to be interpreted by performers.

Famous composers have a tendency to cluster in certain cities throughout history. Based on over 12,000 prominent composers listed in Grove Music Online and using word count measurement techniques the most important cities for classical music can be quantitatively identified.[2]

The patterns are very similar for a sample of 522 top composers.[3]