The city was a winner of the All-America City Award in 2004. Located near the center of Cabarrus County, it is 20 miles (32 km) northeast of Charlotte center city.

Concord is the home of Charlotte Motor Speedway and numerous NASCAR driver headquarters.

Concord, located in the rapidly growing northeast quadrant of the Charlotte metropolitan area, was first settled in 1750. The name "Concord" means "with harmony". By United States standards, Concord is considered an old town, incorporated in 1806. Today, markers identifying the original town limits can be seen in the downtown area.

Concord boasts a comprehensive collection of late nineteenth and early twentieth century historic homes along North and South Union Street and Edgewood Avenue.[8] Within the North Union Historic District is Memorial Garden. Located on 3 acres (12,000 m2), the garden winds through the 200-year-old cemetery of the First Presbyterian Church.

From the time of incorporation in the late 1700s through the 1970s, Concord's jurisdiction was centered around the downtown area. Since then, most annexations have taken place west of the center-city area towards Charlotte.[9] Portions of the city limit boundary adjoin the Cabarrus/Mecklenburg County line.

The city is located in the Piedmont area of North Carolina which is characterized by rolling hills and forest. Land left untended will typically return to native forest land within a few years. The climate can be described as cool winter seasons with hot, humid summer seasons. The average high temperature in the winter is 43 °F (6 °C), and the average daily low temperature is 29 °F (−2 °C). In the summer the average temperature is 79 °F (26 °C), and the average daily high temperature is 88 °F (31 °C).[12] It is not unusual for summer daytime temperatures to reach in the mid to upper 90s and occasionally exceed 100 °F (38 °C). It is typical for winter temperatures to fall into the teens at night, but temperatures generally warm to above freezing during the day. Summer months are characterized as having cool to warm nights with very warm to hot temperatures during the day. The area receives a generous amount of rainfall at 43.8 inches (1,110 mm) per year, with February and April being the two driest months. Rainfall in the winter is lighter but more frequent, whereas rainfall in the summer is heavier but less frequent. Thunderstorms, both light and strong, are common in the spring and summer months. The sun shines 70 percent of the time in summer and 55 percent in winter. The prevailing wind is from the southwest, with the average highest windspeed of 9 miles per hour (14 km/h) in spring.[12]

Concord is located northeast of Charlotte, the largest city in North Carolina. Concord is the second largest city in the Charlotte Metropolitan Area. It is positioned about half-way between Charlotte and Salisbury. There are several other smaller cities and towns close to Concord, including Kannapolis, China Grove, Landis, Mount Pleasant, Harrisburg, Midland, and Locust. 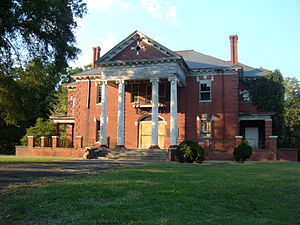 The earliest settlers were mainly German Lutherans, German Reformed and Scotch or Scotch Irish Presbyterians who began settling in Cabarrus County in the 1750s. In 1773 the Zion (Organ) Church community and the St. Johns Church community of about sixty families commissioned two men, Christopher Rintelmann from Zion Church and Christopher Lyerly from St. Johns Church to travel to London to seek permission from King George III to acquire a preacher (and a schoolteacher) from Hanover, Germany. Adolphus Nussmann was chosen by the Consistory of Hanover to answer the call from North Carolina and became the first Lutheran preacher in North Carolina, serving five churches from Salisbury to Concord, and subsequently planted twenty congregations and five schools in the greater Concord, Cabarrus, and Rowan County areas.[15]

According to the city's 2014 Comprehensive Annual Financial Report,[16] the top employers in the city are:

Concord is the home to Charlotte Motor Speedway, a NASCAR Research and Development Office (which also is the headquarters for research for touring and sportscar racing operations), and several professional race teams, including Hendrick Motorsports, Roush Fenway Racing, Richard Petty Motorsports, and Earnhardt Ganassi Racing. The speedway opened in 1959 by owner Bruton Smith, who is a native of Oakboro, North Carolina. Smith's company, Speedway Motorsports, Inc., owns Charlotte Motor Speedway. The company also owns and operates a dragstrip and dirt track facility adjacent to the speedway. Concord is also home to Windshear, Inc., a firm that owns a state-of-the-art wind tunnel facility used to test the aerodynamics of vehicles (mostly motorsports vehicles).[17]

Concord has a council-manager form of government. The mayor and city council are elected every two years, with no term limits. As a single body, the city council holds most of the power in the city government. For example, they have the power to pass ordinances, make resolutions, adopt plans, and establish the budget for the city. The mayor is ex officio chairman of the city council, and only votes in case of a tie. In addition to leadership roles, the mayor represents the city at special events and public appearances. The council appoints a professional city manager to manage and implement the decisions of the city council. In general, the municipal government structure consist of the mayor, seven city council members, and the appointed city manager. The current mayor of Concord is J. Scott Padgett, and the current city manager is W. Brian Hiatt. Padgett was first elected as mayor in 2001 and has been re-elected since.[18] Hiatt has served as Concord's city manager since 1998.[19]

The Concord city government offers a variety of services to its citizens. Six are required by North Carolina General Statute - fire, police,[20] solid waste, street maintenance, water, and wastewater. Additional services that the city offers are electrical distribution, parks and recreation, stormwater system, transportation (streets maintenance and planning), economic development, planning and zoning, community development programs, environmental protection, a transit system, and operation of a regional airport. The operating budget for fiscal year 2012 totaled $207,724,003.[21] The government generates its revenue from sources such as real property tax, sales tax distributions from the State, water and wastewater service fees, electrical utility fees, business privilege licenses, federal or state grants, investments, and other fees (such as parks and recreation, aviation, zoning, etc.).[21] The revenues are distributed back to the community in the form of services.

The Cabarrus County Courthouse was completed in 1876 and listed on the National Register of Historic Places in 1974.[22] A 16-foot (4.9 m) marble Civil War monument, dedicated in 1892, is located on the front lawn.

Educational opportunities include public and private schools in elementary, secondary, and higher education. Publicly, the area in Concord is served by the Cabarrus County Schools system.[23] There are 12 elementary schools in Concord, along with 4 middle schools, and 5 high schools. For higher education, residents may choose from Rowan–Cabarrus Community College, Cabarrus College of Health Sciences, Barber-Scotia College, and the University of North Carolina at Charlotte located a few miles southwest of Concord.

In 2000, Concord's city council implemented the "Partnerships for Stronger Neighborhoods" program. This program is designed to enhance the lives of residents in the neighborhoods in the city, increasing the quality of both life and events for those calling Concord home. As part of the program, some city staff members have volunteered to be appointed as liaisons to work directly with neighborhoods that participate in the program. Through this effort, strong communication is established between city government and its citizens. There are currently 45 neighborhoods participating in the program, which contributes to making Concord one of the most sought-after communities for homebuyers in the regional real estate market. Choices are diverse, offering modest homes to multimillion-dollar estates. 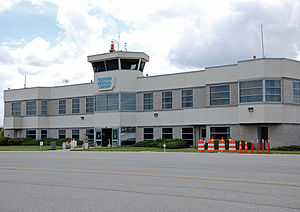 Interstate 85 links Concord directly to Greensboro and Durham to the northeast and Charlotte, Greenville, and Atlanta to the southwest. Interstate 85 is being widened to eight lanes (four northbound, four southbound) through the city, with construction advancing from south to north. Interstate 485 is located southwest of Concord and parallels the Cabarrus - Mecklenburg County line for several miles, providing access to the Charlotte area. US Highway 29 and US Highway 601 travel through Concord en route to other parts of the Carolinas. US 29 serves as an alternative to Interstate 85 for much of the distance between Charlotte and Greensboro.

Concord has a local bus system known as CKRider that provides service to Concord and Kannapolis. The system also links to Charlotte Area Transit System (CATS) via an express service as well as at regular service connection points. Greyhound also serves the area.

Today there is wide religious diversity, as well as strong overall religious affiliation rates. Over 63% of area residents are affiliated with a local religious body according to the 2000 Religion Report.[26] Concord is home to many churches, and a Jewish congregation, Temple Or Olam.

Concord is home to seven notable attractions. Including two malls, a museum, a family resort, an amusement park, three sports venues, and an arena and events center that can be used for multiple purposes for the entire county.