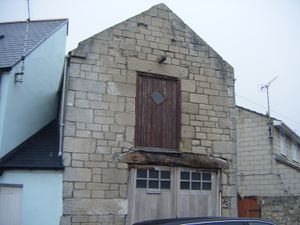 Conjurers Lodge is a former-Methodist chapel and workshop on the Isle of Portland, Dorset, England. It is situated within the village of Chiswell, on the corner of Clements Lane. Established in 1816, the chapel was in use for a decade. The lodge has been Grade II Listed since May 1993. It is a rare surviving example of its kind on the island.[1][2] 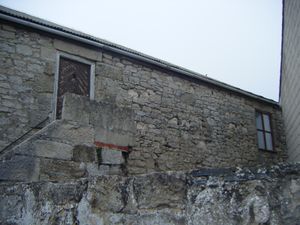 The upper level of the building was used as a chapel, reached by external steps.

By the early 19th-century rumours had begun circulating that a number of local Methodists believed in Witchcraft. In 1816 Rev. Francis Derry was tasked with investigating these allegations, and began to question each member of the local congregation. He expelled around 50 members of Portland's society, and the banished group then decided to establish a chapel within Chiswell, which gained the name Conjurers Lodge. The chapel was largely established and led by Charles Whittle and Robert Hinde.[3][4]

The building chosen to house the chapel was a workshop and store, dating from the late 18th-century, or early 19th-century.[1] The chapel was situated on the upper floor of the building, known as the Long Room, which was reached by an external staircase. The ground floor of the building, directly below the chapel, continued in use as a store.[5][6] The chapel remained in use for ten years, until 1826, when Mrs Brackenbury, and Squire Roberts, were successful in restoring the society, and the members were allowed back into the Methodist society.[7]