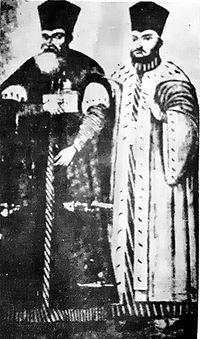 Cantemir was born in 1612. He became a voivode at the age of 71, after being favored by the Ottoman Empire in his conflict with Dumitraşcu Cantacuzino. He participated in many campaigns of the Great Turkish War, assisting the Ottomans in their campaigns against the Polish-Lithuanian Commonwealth and the Habsburg Monarchy – nevertheless, he constantly informed the Polish and Habsburgs of the Turkish designs. During his rule, Moldavia was twice invaded, once by Nogai Tatars, and a second time by Poland.

In 1691, Cantemir ordered Miron Costin, a Moldavian chronicler and man of letters, to be put to death on charges of conspiracy.

He was illiterate and, according to Ioan Neculce, could only write his own signature. Nonetheless, he ensured that his sons Antioh Cantemir and Dimitrie Cantemir received a good education. He died in 1693 at the age of 80.