The college, situated on Merton Street between Merton College and Oriel College, is one of the smallest in Oxford by student population, having around 230 undergraduates and 120 graduates. It is academic by Oxford standards, averaging in the top half of the university's informal ranking system, the Norrington Table, in recent years, and coming second in 2009–10.[3]

The college has had for a long time a reputation as specializing and excelling in Classics, due to the emphasis placed upon this subject since its founding; to this day it takes more students to study Classics (and its joint schools) each year than any other single subject.[4]

The college's historical significance includes its role in the translation of the King James Bible. The college is also noted for the pillar sundial in the main quadrangle,[5] known as the Pelican Sundial, which was erected in 1581 by Charles Turnbull. Corpus achieved notability in more recent years when teams representing them won University Challenge on 9 May 2005 and once again on 23 February 2009, although the latter win was later disqualified.[6][7]

The Visitor of the College is ex officio the Bishop of Winchester, currently Tim Dakin.

The college dates its founding to 1517, when its founder, Richard Foxe, the Bishop of Winchester, established the college statutes.[8]:18 Letters patent had been granted by Henry VIII in the previous year,[8]:32 and building work had started as early as 1512.[8]:37 Foxe had initially stated that he intended the college as a lodge for monks from St Swythun's Priory in Winchester; however, under the influence of the Bishop of Exeter (and friend of Foxe) Hugh Oldham it became a humanist enterprise, dedicated to the study of the classics. The library, founded at the same time as the college, was 'probably, when completed, the largest and best furnished library then in Europe'.[8]:Appendix A The scholar Erasmus noted in a letter of 1519 to the first President, John Claymond, that it was a library 'inter praecipua decora Britanniae' ('among the chief beauties of Britain'), and praised the fact that it was a 'biblioteca trilinguis' (trilingual library) containing, as it did, books in Latin, Greek and Hebrew.[8]:34–35 The important Spanish humanist Juan Luis Vives taught at Corpus during the 1520s while tutor to Mary Tudor, later Mary I of England.

In the sixteenth and seventeenth centuries, the college was again involved in religious ferment. Reginald Pole, a fellow of the college in the 1520s, was Archbishop of Canterbury during the reign of Queen Mary, and a candidate for the papacy. John Rainolds, another fellow, and Corpus's seventh President, was involved in the inception and translation of the King James Bible, published in 1611.

John Keble, a leader of the Oxford Movement, was an undergraduate at Corpus at the start of the nineteenth century, and went on to a fellowship at Oriel and to have a college named after him (Keble College, Oxford).

The coat of arms is quite complex, since it incorporates (from left to right) a symbol chosen by the founder, the arms of the See of Winchester, and the arms of Hugh Oldham.

In heraldic terminology: Tierced per pale: (1) Azure, a pelican with wings endorsed vulning herself, or; (2) argent, thereon an escutcheon charged with the arms of the See of Winchester (i.e. gules, two keys addorsed in bend, the uppermost or, the other argent, a sword interposed between them in bend sinister of the third, pommel and hilt gold; the escutcheon ensigned with a mitre of the last); (3) sable, a chevron or between three owls argent, on a chief of the second as many roses gules, seeded of the second, barbed vert.[9]

The pelican is a reference to the college's name: 'corpus christi' means 'the body of Christ', and the pelican was said to have offered its own blood to its children, just as Christ offers his body to his followers in the Eucharist. Because of the complexity of the arms they are not suitable for use on items such as the college crested tie, where the pelican is used instead. The pelican also appears alone on the college flag and on top of the Pelican Sundial.

The college has several 'totem animals' besides the pelican: the fox, which recalls the founder's surname, and bees, which are a reference to the founder's stated desire to create an institution that would be a 'hive of [scholarly] activity'. The college maintains a hive of bees, and the glass front wall of the MBI Al Jaber auditorium is decorated with images of bees.

The college traditionally keeps at least one tortoise as a living mascot, cared for by an elected 'Tortoise Keeper'. The 'Tortoise Fair', at which the Corpus tortoise(s) are raced against tortoises belonging to other colleges and local residents, is an annual event held to raise funds for charity.[10] 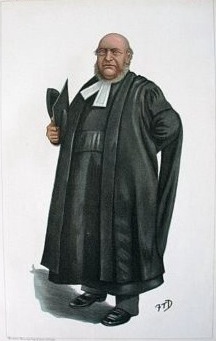