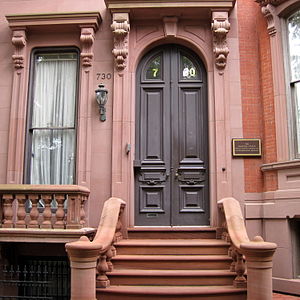 The Council on Environmental Quality (CEQ) is a division of the Executive Office of the President that coordinates federal environmental efforts in the United States and works closely with agencies and other White House offices on the development of environmental and energy policies and initiatives. The most recent CEQ chairman was Nancy Sutley, who was appointed by President Barack Obama on December 15, 2008, and confirmed by the Senate on January 22, 2009.[1] Sutley announced that she was stepping down as Chair of the Council on Environmental Quality in February 2014.[2]

The United States Congress established the CEQ within the Executive Office of the President as part of the National Environmental Policy Act of 1969 (NEPA), during the Nixon administration. The CEQ was assigned additional responsibilities by the Environmental Quality Improvement Act of 1970.

In enacting NEPA, Congress recognized that nearly all federal activities affect the environment in some way, and mandated that federal agencies must consider the environmental affects of their actions during their planning and decision-making processes. Under NEPA, CEQ works to balance environmental, economic, and social objectives in pursuit of NEPA's goal of "productive harmony" between humans and their environment.[3]

The CEQ produces an annual report for the president on the state of the environment, oversees federal agency implementation of environmental impact assessments, and acts as a referee when agencies disagree over the adequacy of such assessments. NEPA tasks CEQ with ensuring that federal agencies meet their obligations under the Act, granting the body a significant role in environmental protection. Through inter-agency working groups and coordination with other EOP bodies, CEQ also works to advance the president's agenda on the environment, natural resources, and energy.

During the George W. Bush Administration, there were concerns over links between CEQ staffers and the industries it oversaw. The organization was described[by whom?] as "a hard-line group of advisers with close links to the U.S. oil industry."[6] One CEQ chief of staff under President Bush, Philip Cooney, was previously a lobbyist employed by the American Petroleum Institute.[7] In June 2005, the New York Times published an internal CEQ memo provided by federal whistleblower Rick Piltz. The memo showed Cooney had repeatedly edited government climate reports in order to play down links between emissions and global warming. Cooney, who claimed he had been planning to resign for two years, resigned two days after the scandal broke "to spend more time with his family."[8] Immediately after resigning, Cooney went to work for ExxonMobil in their public affairs department.[9] In 2005 Piltz created a watchdog organization, Climate Science Watch, a program of the Government Accountability Project.

President Bush's CEQ chairman James L. Connaughton was also formerly a partner at the law firm Sidley Austin LLP,[10] where he lobbied to reduce government regulation on behalf of clients including the Aluminum Company of America and the Chemical Manufacturers Association of America.[11]