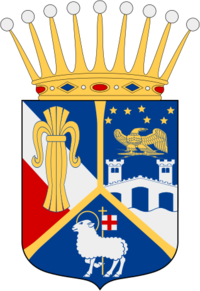 Coat of Arms of the Counts of Wisborg, established in 1892. 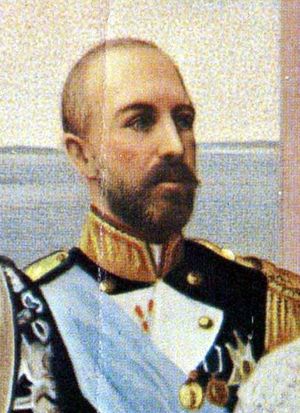 Count of Wisborg (French: Comte de Wisborg; Swedish: Greve af Wisborg; German: Graf von Wisborg) is a title granted by the monarchs of Luxembourg to some former princes of Sweden and their descendants.

Since 1892, the title has been borne by the male-line descendants of four princes of Sweden who married morganatically without the consent of the King of Sweden and thereby lost their right of succession to the throne of Sweden for themselves and their descendants, and had their Swedish royal titles removed.

The four former princes of Sweden, after losing their Swedish titles, assumed the surname of Bernadotte. In each case they were given the title of nobility Prince Bernadotte, Count of Wisborg by the reigning Grand Duke or Grand Duchess of Luxembourg.[1][2] The latter title (count or countess) was shared with the children of each prince, since subsequent generations in the male line were authorized to bear only the title "Count of Wisborg", Bernadotte remaining their surname by birth.[1] In some cases, this titulature has not been adhered to, usage of the style Count [Firstname] Bernadotte af Wisborg having been adopted by some of the descendants.[1]

In Sweden, these members of the House of Bernadotte are considered part of the unintroduced nobility, and are members of Ointroducerad Adels Förening.

The original four Counts of Wisborg

The four former princes of Sweden given the title Count of Wisborg were:[1]

A fifth prince of Sweden, Prince Carl, Duke of Östergötland (1911–2003), married morganatically and lost his Swedish titles in 1937. He was given the title Prince Bernadotte by his brother-in-law King Leopold III of Belgium. His male-line descendants would have borne the title Count Bernadotte, but in fact his only child is a daughter (Mrs. Madeleine Kogevinas, Countess Madeleine Bernadotte). 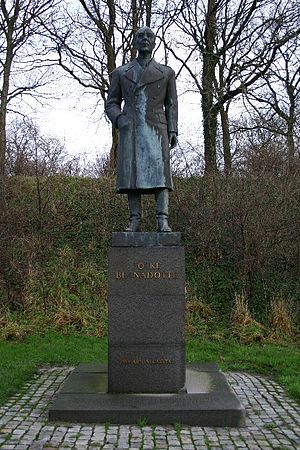 A monument to Folke Bernadotte in Denmark.

The agnatic (male-line) descendants of each of these four former princes of Sweden, after the first generation of children, are entitled to the title Count of Wisborg, but in practice, their surname is often included in the title, Count Bernadotte af Wisborg.[1]

The most well-known is Folke Bernadotte, a son of Oscar Bernadotte, the first Count of Wisborg. He was the United Nations Security Council mediator in the Arab-Israeli conflict of 1947–1948, assassinated in 1948 by Zionist militants.

A number of members of these families were guests at the 2010 Wedding of Victoria, Crown Princess of Sweden, and Daniel Westling.[6]