This is a list of the counts of Eu, a French fief in the Middle Ages. 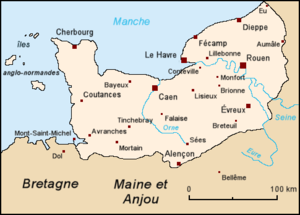 Arms of the Lusignan Counts of Eu

Raoul IV was accused of treason in 1350, and the county was confiscated. The county was then given to John of Artois.

In 1660, he sold Eu to the duchesse de Montpensier.