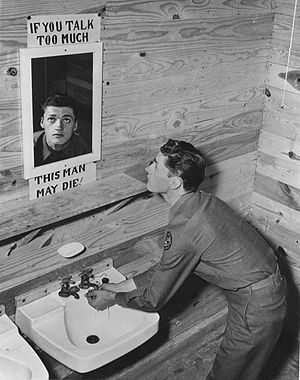 Secrecy (also called clandestinity or furtiveness) is the practice of hiding information from certain individuals or groups who do not have the "need to know", perhaps while sharing it with other individuals. That which is kept hidden is known as the secret.

Secrecy is often controversial, depending on the content or nature of the secret, the group or people keeping the secret, and the motivation for secrecy. Secrecy by government entities is often decried as excessive or in promotion of poor operation[by whom?]; excessive revelation of information on individuals can conflict with virtues of privacy and confidentiality. It is often contrasted with social transparency.

Secrecy in sociology and zoology

Animals conceal the location of their den or nest from predators. Squirrels bury nuts, hiding them, and they try to remember their locations later.

Humans attempt to consciously conceal aspects of themselves from others due to shame, or from fear of violence, rejection, harassment, loss of acceptance, or loss of employment. Humans may also attempt to conceal aspects of their own self which they are not capable of incorporating psychologically into their conscious being. Families sometimes maintain "family secrets", obliging family members never to discuss disagreeable issues concerning the family with outsiders or sometimes even within the family. Many "family secrets" are maintained by using a mutually agreed-upon construct (an official family story) when speaking with outside members. Agreement to maintain the secret is often coerced through "shaming" and reference to family honor. The information may even be something as trivial as a recipe.

Secrets are sometimes kept to provide the pleasure of surprise. This includes keeping secret about a surprise party, not telling spoilers of a story, and avoiding exposure of a magic trick.

Keeping one's strategy secret is important in many aspects of game theory. 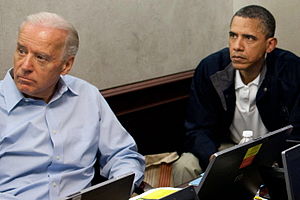 A burn bag and security classification stickers on a laptop computer, between U.S. President Barack Obama and Vice President Joe Biden during updates on Operation Geronimo, a mission against Osama bin Laden, in the Situation Room of the White House, May 1, 2011.

Governments often attempt to conceal information from other governments and the public. These state secrets can include weapon designs, military plans, diplomatic negotiation tactics, and secrets obtained illicitly from others ("intelligence"). Most nations have some form of Official Secrets Act (the Espionage Act in the U.S.) and classify material according to the level of protection needed (hence the term "classified information"). An individual needs a security clearance for access and other protection methods, such as keeping documents in a safe, are stipulated.

Few people dispute the desirability of keeping Critical Nuclear Weapon Design Information secret, but many believe government secrecy to be excessive and too often employed for political purposes. Many countries have laws that attempt to limit government secrecy, such as the U.S. Freedom of Information Act and sunshine laws. Government officials sometimes leak information they are supposed to keep secret. (For a recent (2005) example, see Plame affair.)

Secrecy in elections is a growing issue, particularly secrecy of vote counts on computerized vote counting machines. While voting, citizens are acting in a unique sovereign or "owner" capacity (instead of being a subject of the laws, as is true outside of elections) in selecting their government servants. It is argued that secrecy is impermissible as against the public in the area of elections where the government gets all of its power and taxing authority. In any event, permissible secrecy varies significantly with the context involved.

Organizations, ranging from multi-national for profit corporations to nonprofit charities, keep secrets for competitive advantage, to meet legal requirements, or, in some cases, to conceal nefarious behavior. New products under development, unique manufacturing techniques, or simply lists of customers are types of information protected by trade secret laws. The patent system encourages inventors to publish information in exchange for a limited time monopoly on its use, though patent applications are initially secret. Secret societies use secrecy as a way to attract members by creating a sense of importance.

Shell companies may be used to launder money from criminal activity, to finance terrorism, or to evade taxes. Registers of beneficial ownership aim at fighting corporate secrecy in that sense.

Other laws require organizations to keep certain information secret, such as medical records (HIPAA in the U.S.), or financial reports that are under preparation (to limit insider trading). Europe has particularly strict laws about database privacy.

In many countries, neoliberal reforms of government have included expanding the outsourcing of government tasks and functions to private businesses with the aim of improving efficiency and effectiveness in government administration. However, among the criticisms of these reforms is the claim that the pervasive use of "Commercial-in-confidence" (or secrecy) clauses in contracts between government and private providers further limits public accountability of governments and prevents proper public scrutiny of the performance and probity of the private companies. Concerns have been raised that 'commercial-in-confidence' is open to abuse because it can be deliberately used to hide corporate or government maladministration and even corruption.

Preservation of secrets is one of the goals of information security. Techniques used include physical security and cryptography. The latter depends on the secrecy of cryptographic keys. Many believe that security technology can be more effective if it itself is not kept secret.

Information hiding is a design principle in much software engineering. It is considered easier to verify software reliability if one can be sure that different parts of the program can only access (and therefore depend on) a known limited amount of information.

A military secret is information about martial affairs that is purposely not made available to the general public and hence to any enemy, in order to gain an advantage or to not reveal a weakness, to avoid embarrassment, or to help in propaganda efforts. Most military secrets are tactical in nature, such as the strengths and weaknesses of weapon systems, tactics, training methods, plans, and the number and location of specific weapons. Some secrets involve information in broader areas, such as secure communications, cryptography, intelligence operations, and cooperation with third parties.

Excessive secrecy is often cited [1] as a source of much human conflict. One may have to lie in order to hold a secret, which might lead to psychological repercussions.[original research?] The alternative, declining to answer when asked something, may suggest the answer and may therefore not always be suitable for keeping a secret. Also, the other may insist that one answer the question.[improper synthesis?] Nearly 2500 years ago, Sophocles wrote, "Do nothing secretly; for Time sees and hears all things, and discloses all." And Gautama Siddhartha, the Buddha, once said "Three things cannot long stay hidden: the sun, the moon and the truth". The Bible addresses this: "Be sure your sin will find you out." Numbers 32:23