From Infogalactic: the planetary knowledge core
Jump to: navigation, search
Not to be confused with Critique. For other uses, see Critic (disambiguation). 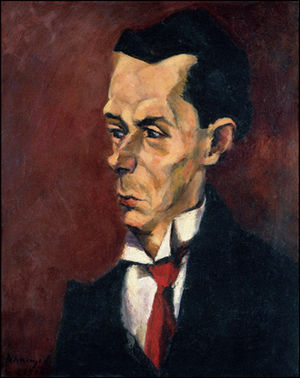 A critic is a professional who communicates an assessment and an opinion of various forms of creative works such as art, literature, music, cinema, theater, fashion, architecture and food. Critical judgments, whether derived from critical thinking or not, weigh up a range of factors, including an assessment of the extent to which the item under review achieves its purpose and its creator's intention and a knowledge of its context. They may also include a positive or negative personal response. Cultural critic Clement Greenberg wrote that a good critic excels through "insights into the evidence ... and by ... loyalty to the relevant"; poet and critic T.S. Eliot wrote "a critic must have a very highly developed sense of fact".[1] Other characteristics of a good critic are articulateness, preferably having the ability to use language with a high level of appeal and skill. Sympathy, sensitivity and insight are important too. Form, style and medium are all considered by the critic. In architecture and food criticism, the item's function, value and cost may be added components.

Formally, the word is applied to persons who are publicly accepted and, to a significant degree, followed because of the quality of their assessments or their reputation. Unlike other individuals who may editorialize on subjects via web sites or letters written to publications, professional critics are paid to produce their assessment and opinions for print, radio, magazine, television, or Internet companies. Persons who give opinions on current events, public affairs, sports, media, and historical events are often referred to as "pundits" instead of "critics."

Critics are themselves subject to competing critics, since the final critical judgment always entails some subjectivity. An established critic can play a powerful role as a public arbiter of taste or opinion.

"If you want an example of the critic, here is Robert Hughes (critic) on (artist) Mark Rothko:

Rothko's dilemma was that he wanted to employ the vocabulary of symbolism – the palpitating indeterminate space, the excruciatingly refined colour, the obsession with nuance, the presence of Mallarmé's 'negated object' – to render the patriarchal despair and elevation of the Old Testament.

Criticism doesn't get sharper, or more sensitive, or more deeply sympathetic to the object, than that."[2]

The word critic comes from Greek κριτικός (kritikós), meaning "able to discern",[3] which is a Greek derivation of the word κριτής (krités), meaning a person who offers reasoned judgment or analysis, value judgment, interpretation or observation.[4]

Several websites have developed specifically for the purpose of compiling or publishing original critical reviews. Examples include BlogCritics Magazine, Rotten Tomatoes, and Yelp.