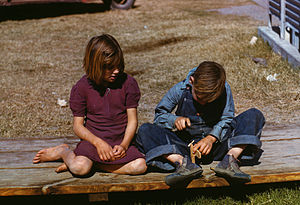 Do it yourself, also known as DIY, is the method of building, modifying, or repairing something without the direct aid of experts or professionals. Academic research describes DIY as behaviors where "individuals engage raw and semi-raw materials and component parts to produce, transform, or reconstruct material possessions, including those drawn from the natural environment (e.g. landscaping)".[1] DIY behavior can be triggered by various motivations previously categorized as marketplace motivations (economic benefits, lack of product availability, lack of product quality, need for customization), and identity enhancement (craftsmanship, empowerment, community seeking, uniqueness)[2]

The term "do-it-yourself" has been associated with consumers since at least 1912 primarily in the domain of home improvement and maintenance activities.[3] The phrase "do it yourself" had come into common usage (in standard English) by the 1950s,[4] in reference to the emergence of a trend of people undertaking home improvement and various other small craft and construction projects as both a creative-recreational and cost-saving activity. 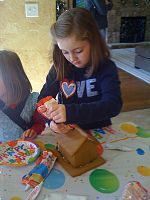 Subsequently, the term DIY has taken on a broader meaning that covers a wide range of skill sets. DIY is associated with the international alternative rock, punk rock, and indie rock music scenes; indymedia networks, pirate radio stations, and the zine community. In this context, DIY is related to the Arts and Crafts movement, in that it offers an alternative to modern consumer culture's emphasis on relying on others to satisfy needs. The abbreviation DIY is also widely used in the military as a way to teach commanders or other types of units to take responsibility, so that they'd be able to do things themselves just as a preparation for their own future. 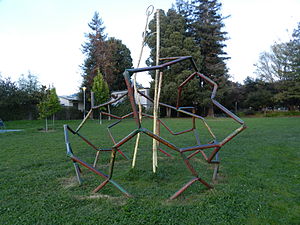 Italian archaeologists unearthed the ruins of a 6th-century BC Greek structure in southern Italy that came with detailed assembly instructions and is being called an "ancient IKEA building". The structure was a temple-like building discovered at Torre Satriano, near the southern city of Potenza, in Basilicata, a region where local people mingled with Greeks who settled along the southern coast known as Magna Graecia and in Sicily from the 8th century BC onwards. Professor Christopher Smith, director of the British School at Rome, said that the discovery was "the clearest example yet found of mason's marks of the time. It looks as if someone was instructing others how to mass-produce components and put them together in this way". Much like the instruction booklets, various sections of the luxury building were inscribed with coded symbols showing how the pieces slotted together. The characteristics of these inscriptions indicate they date back to around the 6th century BC, which tallies with the architectural evidence suggested by the decoration. The building was built by Greek artisans coming from the Spartan colony of Taranto in Apulia.[5][6][7] 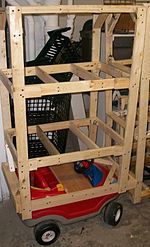 The DIY movement is a re-introduction (often to urban and suburban dwellers) of the old pattern of personal involvement and use of skills in upkeep of a house or apartment, making clothes; maintenance of cars, computers, websites; or any material aspect of living. The philosopher Alan Watts (from the "Houseboat Summit" panel discussion in a 1967 edition of the San Francisco Oracle) reflected a growing sentiment:

Our educational system, in its entirety, does nothing to give us any kind of material competence. In other words, we don't learn how to cook, how to make clothes, how to build houses, how to make love, or to do any of the absolutely fundamental things of life. The whole education that we get for our children in school is entirely in terms of abstractions. It trains you to be an insurance salesman or a bureaucrat, or some kind of cerebral character.[8]

In the 1970s, DIY spread through the North American population of college- and recent-college-graduate age groups. In part, this movement involved the renovation of affordable, rundown older homes. But it also related to various projects expressing the social and environmental vision of the 1960s and early 1970s. The young visionary Stewart Brand, working with friends and family, and initially using the most basic of typesetting and page-layout tools, published the first edition of The Whole Earth Catalog (subtitled Access to Tools) in late 1968. 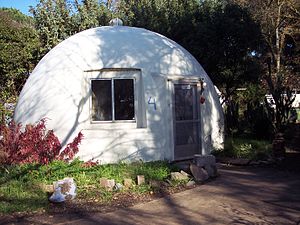 The first Catalog, and its successors, used a broad definition of the term "tools". There were informational tools, such as books (often technical in nature), professional journals, courses, classes, and the like. There were specialized, designed items, such as carpenters' and masons' tools, garden tools, welding equipment, chainsaws, fiberglass materials and so on; even early personal computers. The designer J. Baldwin acted as editor to include such items, writing many of the reviews. The Catalog's publication both emerged from and spurred the great wave of experimentalism, convention-breaking, and do-it-yourself attitude of the late 1960s. Often copied, the Catalog appealed to a wide cross-section of people in North America and had a broad influence.

For decades, magazines such as Popular Mechanics and Mechanix Illustrated offered a way for readers to keep current on useful practical skills and techniques. DIY home improvement books began to flourish in the 1970s, first created as collections of magazine articles. An early, extensive line of DIY how-to books was created by Sunset Books, based upon previously published articles from their magazine, Sunset, based in California. Time-Life, Better Homes and Gardens, and other publishers soon followed suit. 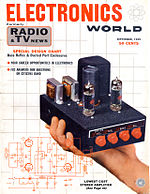 In the mid-1990s, DIY home-improvement content began to find its way onto the World Wide Web. HouseNet was the earliest bulletin-board style site where users could share information. HomeTips.com, established in early 1995, was among the first Web-based sites to deliver free extensive DIY home-improvement content created by expert authors.[citation needed] Since the late 1990s, DIY has exploded on the Web through thousands of sites.

In the 1970s, when home video (VCRs) came along, DIY instructors quickly grasped its potential for demonstrating processes by audio-visual means. In 1979, the PBS television series This Old House, starring Bob Vila, premiered and this spurred a DIY television revolution. The show was immensely popular, educating people on how to improve their living conditions (and the value of their house) without the expense of paying someone else to do (as much of) the work. In 1994, the HGTV Network cable television channel was launched in the United States and Canada, followed in 1999 by the DIY Network cable television channel. Both were launched to appeal to the growing percentage of North Americans interested in DIY topics, from home improvement to knitting. Such channels have multiple shows showing how to stretch one's budget to achieve professional-looking results (Design Cents, Design on a Dime, etc.) while doing the work yourself. Toolbelt Diva specifically caters to female DIYers.

Beyond magazines and television, the scope of home improvement DIY continues to grow online where most mainstream media outlets now have extensive DIY-focused informational websites such as This Old House, Martha Stewart, Hometalk, and the DIY Network. These are often extensions of their magazine or television brand. The growth of independent online DIY resources is also spiking.[9] The number of homeowners who blog about their experiences continues to grow, along with DIY websites from smaller organizations. 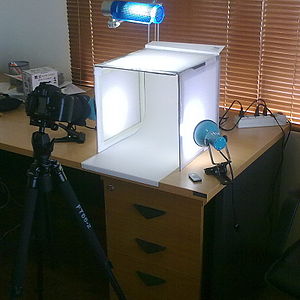 DIY amongst the fashion community is popular. With ideas being shared on social media such as YouTube about clothing, jewellery and hair styles. Techniques include distressing jeans, bleaching jeans, redesigning an old shirt, and studding denim. This trend is becoming popular.

The terms "DIY" and "do-it-yourself" are also used to describe: 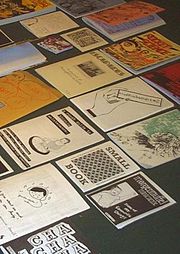 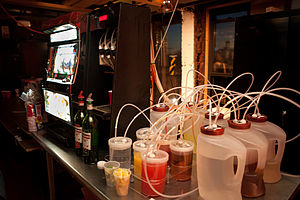 DIY as a subculture could be said to have begun with the punk movement of the 1970s.[13] Instead of traditional means of bands reaching their audiences through large music labels, bands began recording, manufacturing albums and merchandise, booking their own tours, and creating opportunities for smaller bands to get wider recognition and gain cult status through repetitive low-cost DIY touring. The burgeoning zine movement took up coverage of and promotion of the underground punk scenes, and significantly altered the way fans interacted with musicians. Zines quickly branched off from being hand-made music magazines to become more personal; they quickly became one of the youth culture's gateways to DIY culture. This led to tutorial zines showing others how to make their own shirts, posters, zines, books, food, etc. 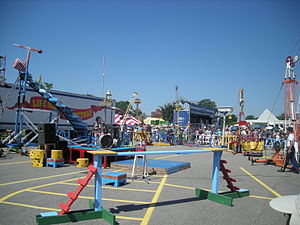 Publications and websites that focus on DIY and/or crafting content include: 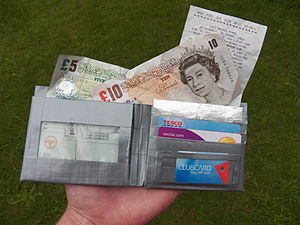 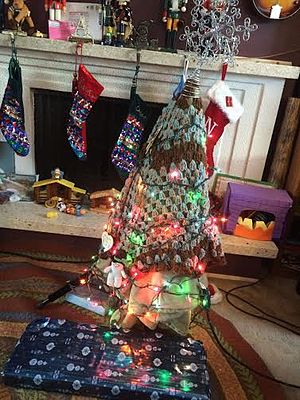