Daniel Judson Callaghan (July 26, 1890 – November 13, 1942) was a United States Navy officer who received the Medal of Honor posthumously for his actions during the Naval Battle of Guadalcanal. In a career spanning just over 30 years, he served his country in two wars. He served on several ships during his first 20 years of service, including escort duties during World War I, and also filled some shore-based administrative roles. He later came to the attention of US President Franklin Roosevelt, who appointed Callaghan as his Naval Aide in 1938.[1] A few years later, he returned to command duties during the early stages of World War II. Callaghan was killed by an enemy shell on the bridge of his flagship, the USS San Francisco (CA-38), during a surface action against a larger Japanese force off Savo Island. The battle ended in a strategic victory for the Allied side.

Callaghan was born on July 26, 1890, in San Francisco, California, the son of businessman Charles William Callaghan and Rose Wheeler Callaghan.[2][3] The family was devout Roman Catholic.[2][3] One of his younger brothers, William Callaghan (1897–1991), would later go on to a career in the US Navy as well. Both brothers studied at Saint Ignatius College Preparatory in San Francisco, the elder graduating in the class of 1907.[1] He then graduated from the United States Naval Academy in 1911.[1] His first assignment was on board the armored cruiser USS California (ACR-6), in command of a turret with twin 8-inch guns. He was promoted to the rank of Ensign on May 21, 1912.[4] 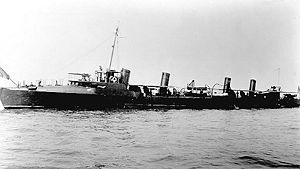 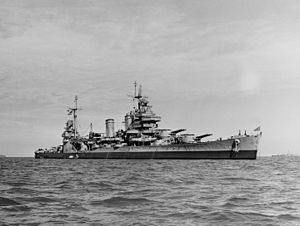 USS San Francisco off the Korean coast in 1945

His second assignment was on the destroyer USS Truxtun (DD-14) in mid-1913. He was promoted to Lieutenant (Junior Grade) in May 1915.[4] In his first few years of service, he developed a reputation as a conscientious sailor, noted for avoiding heavy alcohol consumption and regularly attending Mass. His dedication to naval gunnery also became apparent. Some years later, one of his captains, Joel Pringle, would write: "[Callaghan's] devotion to duty, sound judgment and ability to inspire loyalty in his subordinates have resulted in a constant and steady increase in the efficiency of the above mentioned batteries. At the recent battle practice of the Pacific Fleet in 5-inch guns, he made the largest percentage of hits of any ship of the Fleet."[5]

During his first few years of naval service, Callaghan had been courting Mary Tormey of Oakland, California; the two married on July 23, 1914.[4] Their son, Daniel Judson Callaghan Jr.,[5][6] was born in Alameda, California, on October 16, 1915.[7]

In July 1915, the Truxtun was on its way to Alaska when it broke down and was unable to continue its mission. Initially, the blame fell on Callaghan, who had apparently ordered incorrect parts for the condenser. He was suspended from duty and ordered to appear before a court-martial.[4] Subsequent investigation, however, found that another man was responsible for the error and Callaghan received a full acquittal and was reinstated. A few months latter, he was appointed as commanding officer of the Truxtun, but the stress of his trial appeared to have left its mark—at the age of 25 years, his hair had already turned gray.[4]

Callaghan's next posting was to the cruiser USS New Orleans (CL-22) in November 1916.[5] Following the entry of the United States into World War I, in April 1917, the New Orleans escorted cargo ships crossing the Atlantic Ocean. It was at this time that he first met Ross McIntire, a surgeon, who would later have a significant impact on his career. According to biographer Francis Murphy, Callaghan played a pivotal role in the rescue of a disabled British liner off the coast of Ireland: "Four times a hawser was hauled aboard the cruiser from the liner, that was about three times the cruiser's size, and four times the cable parted. The Captain was for abandoning the job. But not Dan. With superhuman strength and the full cooperation of his men, he finally secured the cable. For forty-eight hours the New Orleans stayed with the stricken vessel hauling it out of danger [and] finally handing it on to tugs from a North Ireland base."[5]

Following the war, he settled in Georgetown, Washington, D.C. for two years with his wife and young son. During this time, he worked on reassignment of warrant and chief petty officers from the navy.[5] Callaghan next served aboard the newly commissioned battleship USS Idaho (BB-42), commencing in October 1920.[5] While his family moved back to Oakland, he began serving as a fire control officer on the Idaho. He left the Idaho in June 1923, returning to shore duties for two years before taking up the position of First Lieutenant on the USS Colorado (BB-45) in May 1925.[5] The Colorado transported a shipment of gold to Australia before returning to the United States in 1926. His next assignment was the position of gunnery officer, on board the USS Mississippi (BB-41).[5] Captain Thomas Hart wrote of Callaghan: "I can scarcely report too favorably on this officer. He is excellent generally and particularly; and he looks and acts the part. As gunnery officer, he is being highly successful and I unhesitatingly recommend him for almost any detail."[5]

Callaghan left the Mississippi in July 1928 and worked in naval inspections for the next two years. He served as Aide to the Commander in Chief, US Fleet, and was promoted to the rank of Commander in June 1931.[8] He then served as Executive Officer of the Naval Reserve Officer Training Corps at the University of California, Berkeley, before working on the USS Portland (CA-33).[8] In 1938, US President Franklin Roosevelt asked his physician, Ross McIntire, to recommend someone for the position of Naval Aide.[1] McIntire recommended Callaghan, who was appointed to the role in July 1938 and would fill it for the next three years.[1][8] He was promoted to the rank of Captain in October 1938.[8]

In May 1941, during the early stages of World War II, Roosevelt released Callaghan to take command of the cruiser USS San Francisco (CA-38).[1][8] Roosevelt wrote: "It is with great regret that I am letting Captain Callaghan leave as my Naval Aide. He has given every satisfaction and has performed duties of many varieties with tact and real efficiency. He has shown a real understanding of the many problems of the service within itself and in relationship to the rest of Government."[1]

In April 1942, he was promoted to the rank of Rear Admiral and was appointed as Chief of Staff to the Commander, South Pacific Area and South Pacific Force Vice Admiral Robert L. Ghormley.[8] In November, as commander of Task Group 67.4,[9] he led US forces in an engagement off Savo Island during the Guadalcanal Campaign. During this battle, he was on the bridge of the USS San Francisco when incoming enemy fire killed him and most of his command staff on November 13, 1942.[8] At that time, he became the third US Navy admiral killed in action during World War II.[a] He received the Medal of Honor posthumously for his efforts in this battle.

Following the explosion, Lieutenant Commander Bruce McCandless assumed operational command of the San Francisco.[10][b] Earlier in the battle, Rear Admiral Norman Scott had been killed, so two US commanders had now been lost, as well as several of their staff. Despite the deaths of so many senior officers, the battle ended in a strategic victory for the Allied side.[6]

In hindsight, Callaghan was criticized for not putting his five ships that had the superior SG radar systems at the ends of his column, for not using one of them as his flagship, for directing the battle from his flagship's bridge instead of the radar plot, for not issuing his battle plans to his captains, and for issuing confusing orders during the battle. Analysis of the battle led to a rapid improvement in USN techniques for fighting in poor visibility, particularly in the adoption of combat information centers.[11]

Callaghan was buried at sea. He was survived by his wife, Mary Tormey Callaghan,[1] and son, Daniel Judson Callaghan Jr.[6] (1915–2006). His brother William Callaghan would later become a US Navy Vice Admiral, first captain of the USS Missouri (BB-63), and first commander of the Military Sea Transportation Service.[6]

By order of President Roosevelt, both Rear Admirals Callaghan and Scott were posthumously awarded the Navy Medal of Honor.

For extraordinary heroism and conspicuous intrepidity above and beyond the call of duty during action against enemy Japanese forces off Savo Island on the night of 12–13 November 1942. Although out-balanced in strength and numbers by a desperate and determined enemy, Rear Admiral Callaghan, with ingenious tactical skill and superb coordination of the units under his command, led his forces into battle against tremendous odds, thereby contributing decisively to the rout of a powerful invasion fleet and to the consequent frustration of a formidable Japanese offensive. While faithfully directing close-range operations in the face of furious bombardment by superior enemy fire power, he was killed on the bridge of his Flagship. His courageous initiative, inspiring leadership, and judicious foresight in a crisis of grave responsibility were in keeping with the finest traditions of the United States Naval Service. He gallantly gave his life in the defense of his country.[8]

His son was a Lieutenant (junior grade) at the time, and accepted his father's Medal of Honor on his behalf.[6]

Callaghan's name is listed on Tablets of the Missing at Manila American Cemetery in the Philippines.[18] Callaghan Hall at Officer Training Command, Newport, Rhode Island, is named in his honor.[19] A street, Admiral Callaghan Lane in Vallejo, California, is also named after him, and a monument in Lands End, San Francisco (including part of the bridge of the USS San Francisco, where he died), honors him and his comrades.

a. ^ The first two US Navy admirals killed in action during World War II were fellow Rear Admirals Norman Scott, earlier in the same engagement, and Isaac Kidd, killed on the bridge of the USS Arizona at Pearl Harbor.

b. ^ While this would normally have been grave misconduct, McCandless reportedly did so because: (1) he was intimately familiar with the plan of attack and was afraid that there would be mistakes if command passed on to another ship, and (2) he wanted to prevent news of Callaghan's death reaching the enemy (through radio interception). McCandless received the Medal of Honor for his action.[10]

c. ^ The Dictionary of American Naval Fighting Ships gives July 28 as the date the USS Callaghan (DD-792) sank,[14] while Barry Foster gives July 29 as the date of sinking.[16]