David Llewellin (born 3 May 1960 in Haverfordwest) is a Welsh rally driver. He was highly successful in the British Rally Championship, winning the title twice in 1989 and 1990, both times at the wheel of a Toyota Celica GT-Four. In the European Rally Championship for drivers, he finished third in 1987, while his highest placing in the World Rally Championship was 36th in 1987. 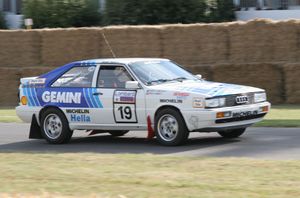 Llewellin in an Audi Coupe Quattro 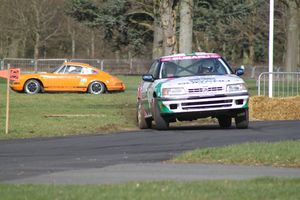 Throughout his career, Llewellin drove for a number of different teams reaching a pinnacle during his time with the Toyota team.

David Llewellin has recently been seen again on the motor sports scene, supporting his son Ben in British Historic Rallies. He was also a guest driver at the 2014 Race Retro show, demonstrating his skills behind the wheel of a Subaru Legacy.