After practising on the Munster Circuit for a number of years,[citation needed] Plunket was made a Queen's Counsel in 1868, and became Law Adviser to the Lord Lieutenant of Ireland that same year.[1] In 1870, he was elected Conservative Member of Parliament for Dublin University,[1][2] and was Solicitor General for Ireland under Benjamin Disraeli from 1875 to 1877. He was then briefly Paymaster General under Disraeli (then known as the Earl of Beaconsfield) in 1880[1] and was sworn of the Privy Council the same year.[3] In 1885 he became First Commissioner of Works in Lord Salisbury's first ministry, a post he held until January 1886. He resumed the same post in August of the same year when the Conservatives returned to power, and held it until 1892.[1] On his retirement from the House of Commons in 1895 he was elevated to the peerage as Baron Rathmore, of Shanganagh in the County of Dublin.[4] 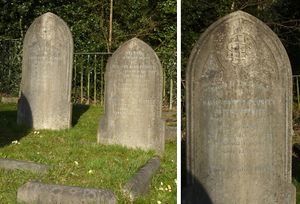 The grave of David Plunket and other family members at Putney Vale Cemetery, London, in 2015

In Dublin, Rathmore was a member of the Kildare Street Club.[5] He died in August 1919, unmarried, at the age of eighty,[1] in the Railway hotel in Greenore, County Louth[citation needed] and is buried at Putney Vale Cemetery in London. His peerage became extinct at his death.[1]